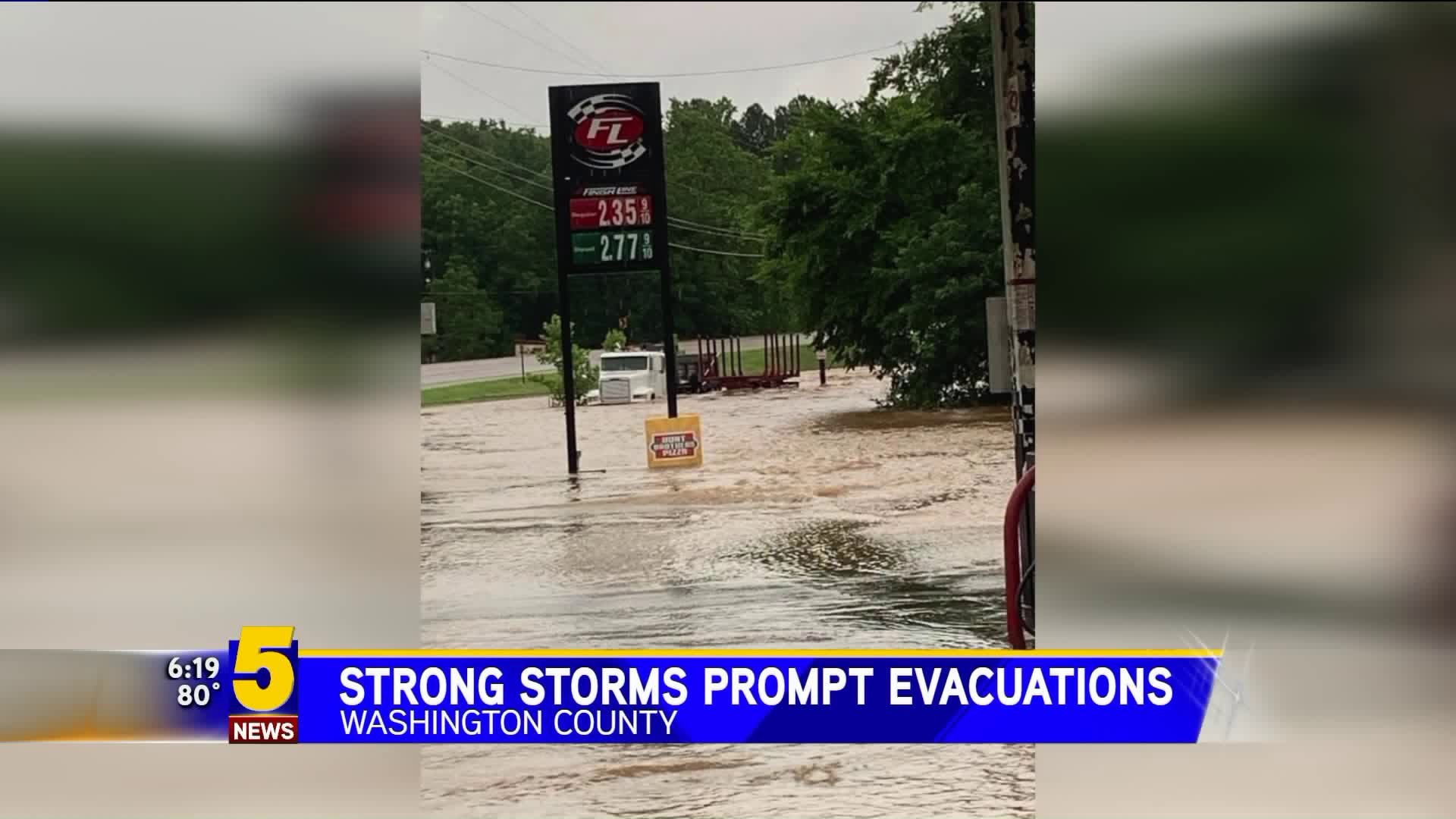 Sunday (June 23) morning, West Fork evacuated residents living near the Lake Side area where flood water began to inch toward the houses. However, Monday (June 24) there was little damage found.

“Couple of picnic tables, couple of trash cans, some water and dirt washed away. But other than that we were very fortunate not to have any more damage,” said West Fork Police Department’s Public Information Officer Tyler Underwood.

“The water has already receded inside the banks, so if we do get more water or rain, we don’t believe it’ll be an issue unless it comes like it did yesterday. So quick and so heavy, that’s when the river gets outside the banks and causes problems,” said Underwood.

Just a few miles down the road in Winslow, there was quite a bit of damage.

“Our ballpark, our concession stand, that whole area just got devastated. Two new refrigerators, not sure they’re gonna work anymore because they got at least a foot of water. It moved porta-potties, picnic tables, the chain length fence was uprooted and tore out of the ground,” said Winslow city employee Dianna Price.

The mayor called a special meeting with the city council Monday to discuss possible resolutions to the damage and how to fund the clean-up.

There is also a boil order in those areas.