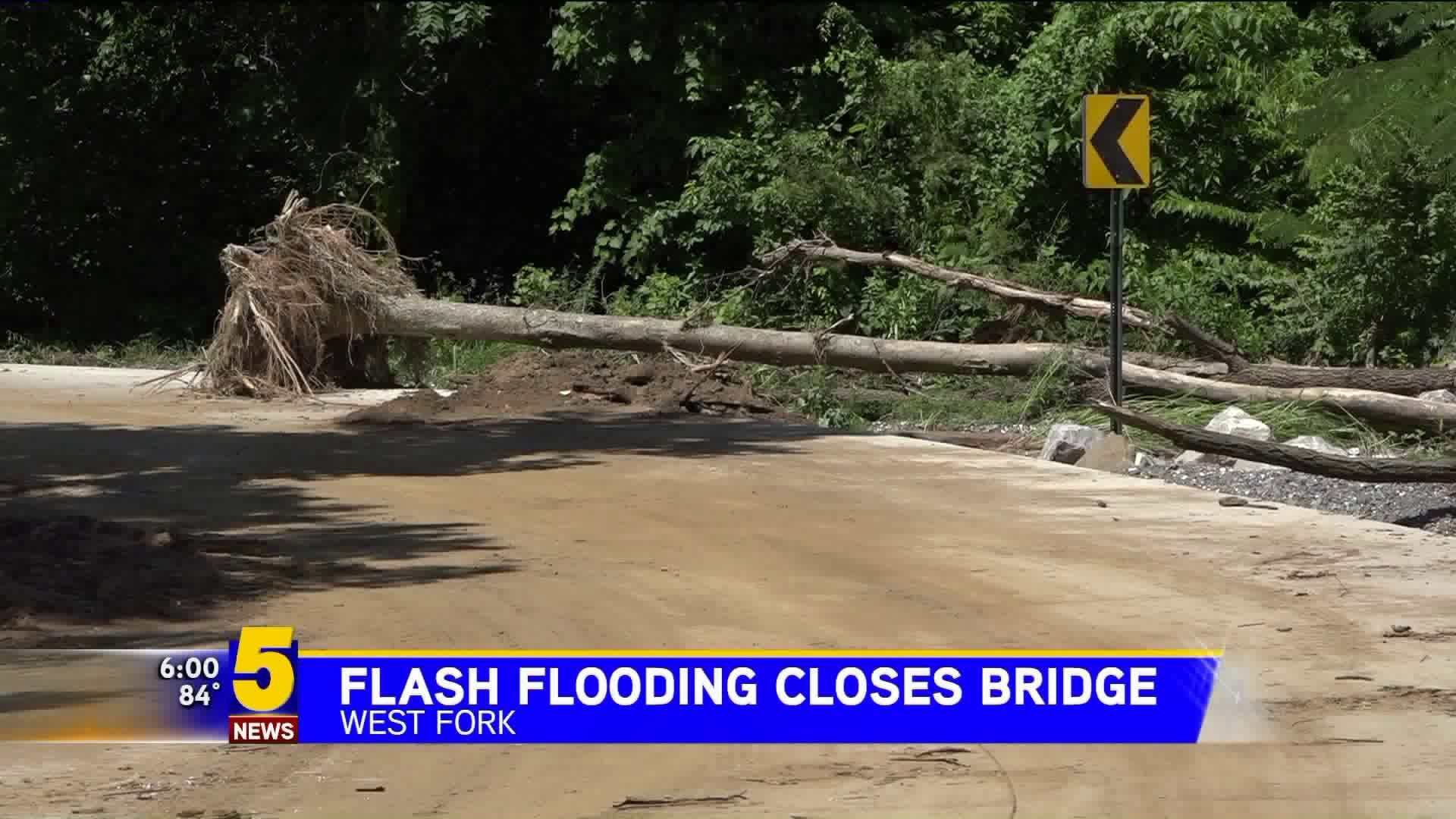 WASHINGTON COUNTY, Ark. (KFSM) — A bridge that’s only been open for a few months buckled during the flash flooding last weekend.

Dye Creek Bridge in West Fork just reopened three months ago after being closed for around nine months for repairs after being damaged during flooding in 2017.

“It's horribly disappointing. We waited a year for it to open. It was a beautiful bridge. It looked like a very solid bridge, I'm surprised it went out,” Marcus Burns said.

Marcus Burns works at the end of Dye Creek Road and uses the bridge and road to get there every day.

“It's a very important road and there is a lot of traffic on it and it saves basically a trip going through the middle of West Fork to be able to cut through on this road," Burns said. "There are a lot of people who depend on this road to get back and forth to work without adding a lot of time to their drive."

The water came under the bridge causing some of the concrete to buckle and break. Washington County Attorney Brian Lester said now they have to repair it and see what caused this to happen.

“I don't think anybody expected this type of flooding to hit this area this quickly since it just happened two years ago and it's unfortunate that water washed through the way it did, but those things happen, unfortunately,” Lester said.

Lester along with the engineers and crews who designed the bridge were out looking at the damage Tuesday (June 25). He said since the River Valley and other parts of our state have been dealing with catastrophic flooding, it may be a while before FEMA and state officials can survey the county's damage.

“This isn't the type of thing that we will keep this bridge closed and wait until we have federal funding," Lester said. "This will come out of the county's fund if it has to and we will pay for it and wait for reimbursement later."

There is no timeline yet on when Dye Creek Bridge and Snake Branch Road farther south will be fixed and reopened to traffic.

Snake Branch Road in south Washington County was a complete loss. The county said it has repaired all the other roads and bridges that were washed out and replaced all the culverts. The county does have around 400 miles of road that still need to be grated.