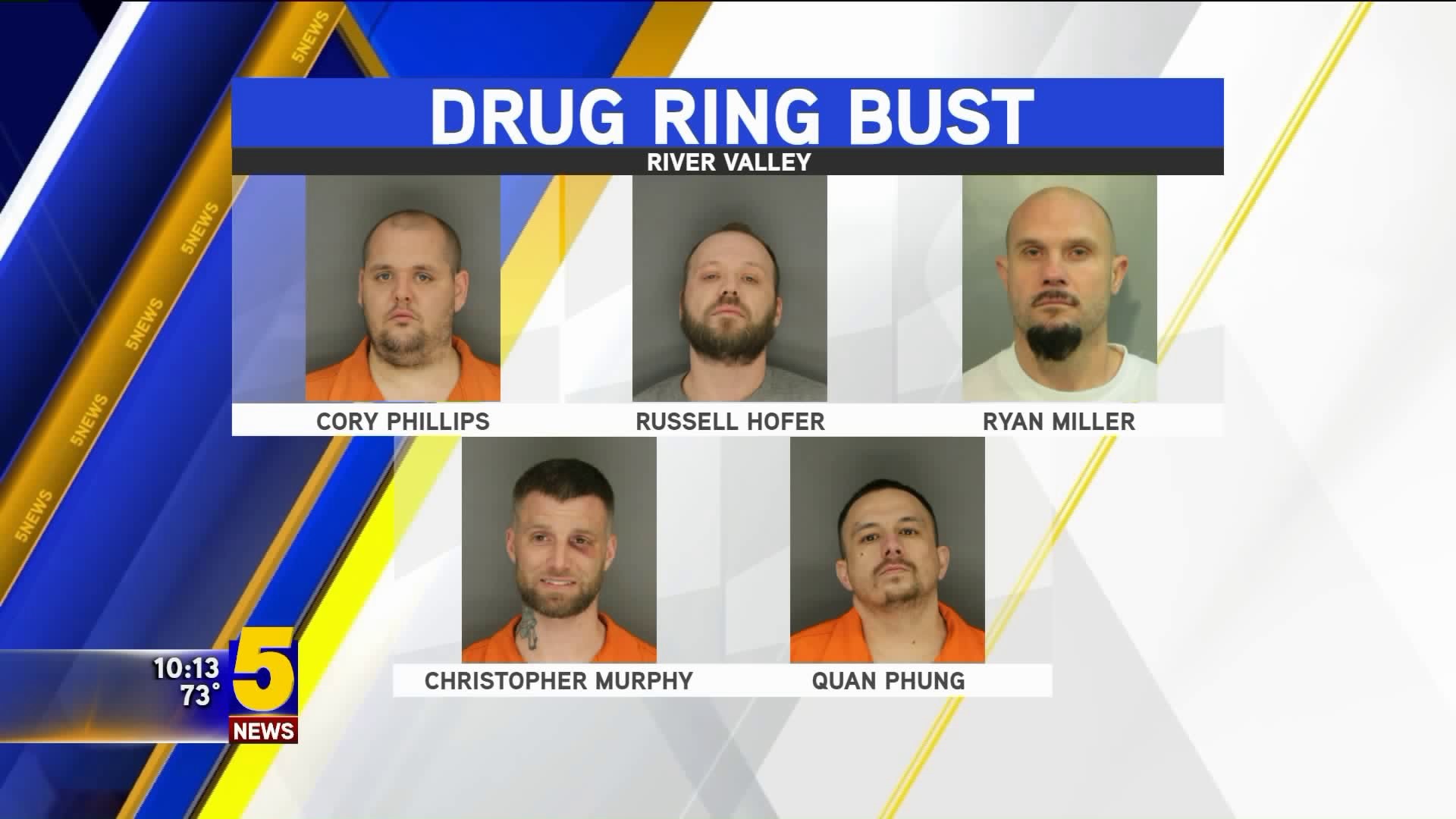 The U.S. Drug Enforcement Agency alleges that Crawford County resident Cory Phillips has been trafficking meth into the region for the last five years, according to a criminal complaint unsealed last week in U.S. District Court.

Those indicted in the scheme include:

All five face drug charges ranging from conspiracy and trafficking to aiding and abetting. The quintet was being held at the Sebastian County Detention Center without bond.

Hofer, who was described as Phillips' "main lieutenant," was arrested in January after Oklahoma narcotics agents found more than 25 pounds of meth inside his SUV during a traffic stop.

He told investigators he had been paid to transfer drugs into Arkansas.

Hofer's arrest backed up what agents learned from their sources, who alleged that Phillips would "obtain approximately 30 pounds of meth at a time," according to court documents.

Agents also learned that Phillips would never deliver the meth personally, but instead used "close associates" to distribute up to one pound of meth per day in Crawford and Sebastian counties, as well as eastern Oklahoma.

Hofer pleaded guilty in April to one count of conspiracy to distribute meth. He faces up to 20 years in federal prison and a $1 million fine. A sentencing hearing hasn't been set.

Phillips, Phung, Murphy and Miller have pleaded not guilty. Their trial is set for July 15 in U.S. District Court in Fort Smith.

The U.S. attorney's office for the Western District of Arkansas declined to comment, citing the ongoing litigation.