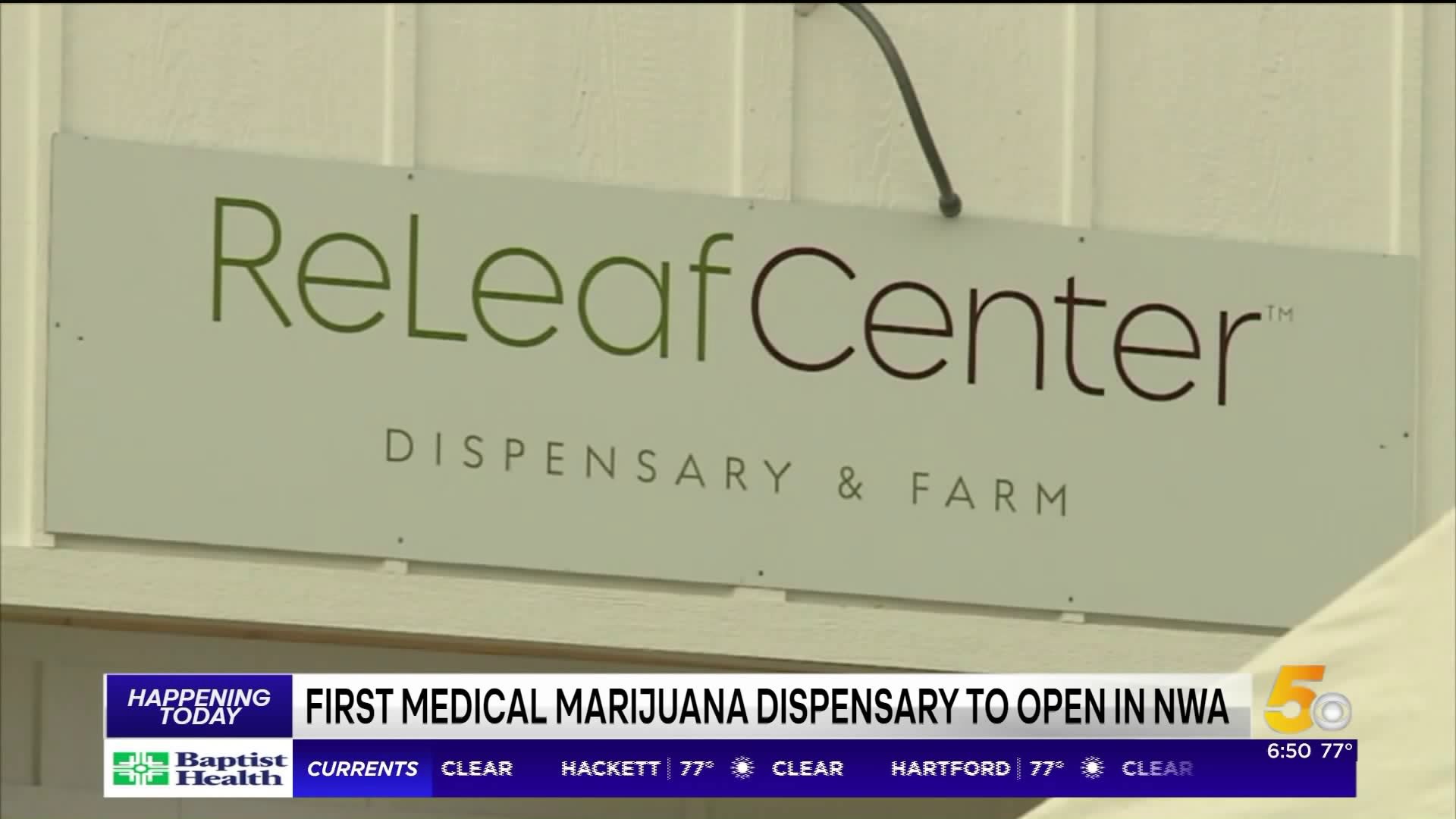 BENTONVILLE, Ark. (KFSM) — The day is here for Arkansans to purchase medical marijuana in Northwest Arkansas.

"The community has been fantastic, they have been very supportive, but especially very patient, they have waited for years," said ReLeaf Superintendent Buddy Wayne.

Those years of waiting are now over as the ReLeaf Center becomes the first medical marijuana dispensary to open in Northwest Arkansas.

Wayne says they have ordered their products from all local growers and have purchased one of everything, so there is something for everyone.

"We’ve ordered a great deal of products from all the local cultivators in the state of Arkansas, and we are really looking forward to a great crowd," Wayne said.

Those who have lived in Benton County for a while say things have changed over the years.

"It was a dry county. It was crazy. So things are progressing in the community and hopefully, it will become recreational," said resident Cheyenne Griffin. "I was out in California and the atmosphere out there is just so great, so hopefully we progress to that."

Griffin says she's been prescribed other medications in the past, but medical marijuana is the only thing with which she's seen progress.

Wayne says several different methods of the medication will be available for patients to purchase.

The AMS Patient Center in Bentonville expects to get its approval letter from the state by this morning.