First Low-Intervention Birthing Suite In Arkansas To Open In Bentonville

BENTONVILLE, Ark. (KFSM) — Expecting mothers have a big decision to make when it comes time to deliver. Do you want an epidural or to try a more natural approac... 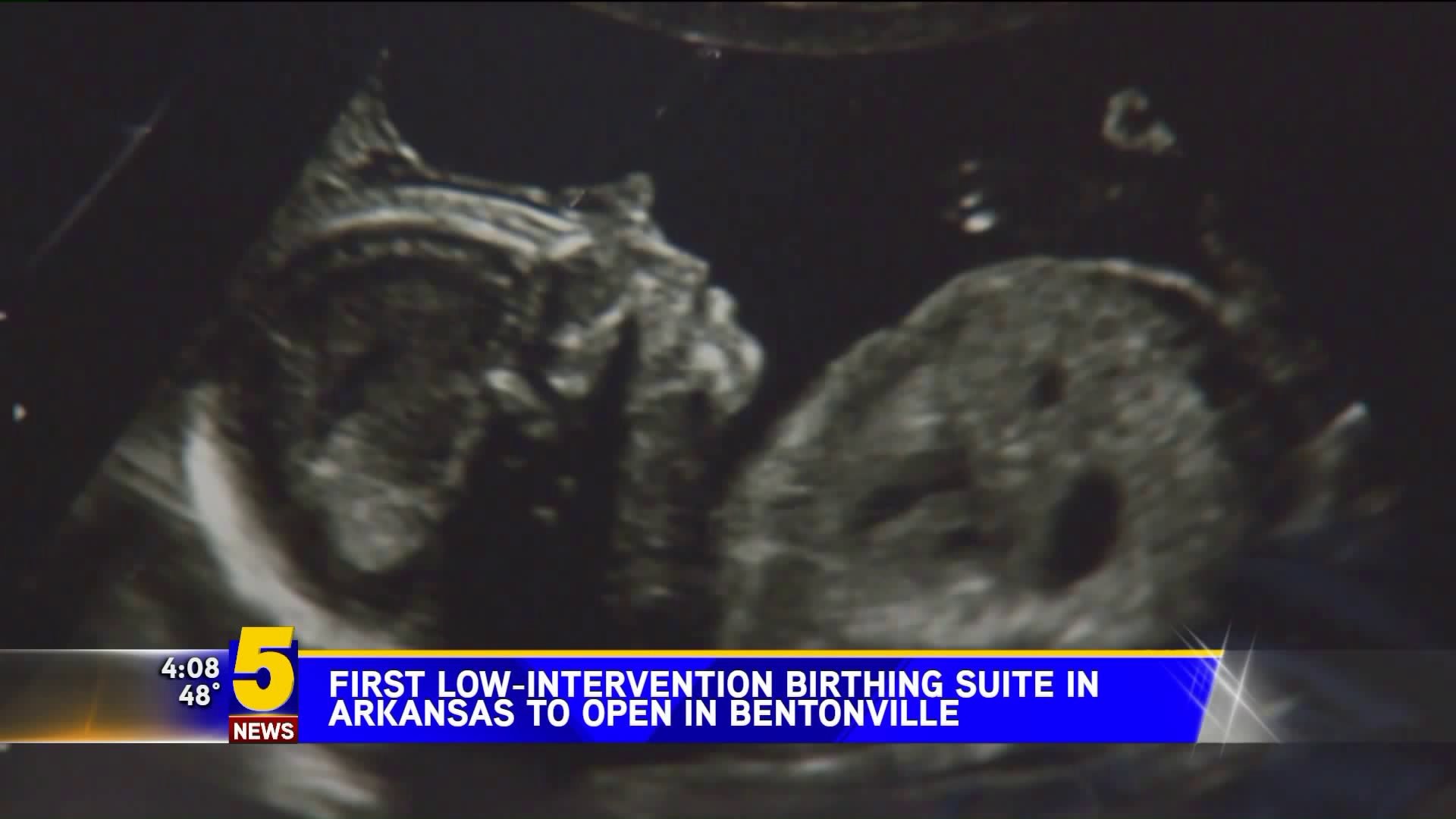 BENTONVILLE, Ark. (KFSM) — Expecting mothers have a big decision to make when it comes time to deliver. Do you want an epidural or to try a more natural approach? Now there’s a new option.

The Family Birthplace at Northwest Medical Center – Bentonville is about to open the first low-intervention birthing suite in the state of Arkansas. It’s also the first hospital in the area to offer laughing gas to laboring mothers. It all adds up to become a home-like birth within the safety of a hospital.

Cassie Simmons is settling into her new role as mom to baby Melanie. She and her husband Michael welcomed their first child on Monday, January 7 at 11:36 p.m. She weighed five pounds, 12.8 ounces at birth. Simmons only labored for roughly nine hours with the help of a doula and just spent three hours in the hospital before she delivered Melanie.

Simmons had her on the same floor where she works as a nurse at The Family Birthplace at Northwest Medical Center – Bentonville. So she’s seen it all when it comes to labor & delivery and knew what she wanted when she gave birth for the first time.

"With the low intervention, I wanted to do the least amount of pain medicine as possible. I wanted to be there and aware of what was going on," said Simmons.

She took advantage of many of the hospital’s low-intervention options like nitrous oxide (laughing gas for labor), aromatherapy and wireless monitoring so she could get up and move around. A Transcutaneous Electrical Nerve Stimulation (TENS) unit can also be used to reduce pain.

"The idea of being tied to a bed when I was in so much pain was not appealing to me," said Simmons. "I feel like that’s one of the best things about the low-intervention is the control."

When she returns from maternity leave, she’ll be able to work with patients in the new low-intervention birthing suite.

It’s still under construction and includes a queen-size Murphy bed that’s more comfortable for different labor positions. The beds can retract into the wall to allow for more space and are wider so a partner can be in bed as well during labor.

Patients can also use peanut balls to help open up their hips during labor and encourage the baby to travel down the birth canal.

"[Peanut balls are] proven to reduce the duration of labor up to 90 minutes in studies, which is huge, and cuts the pushing stage in half," said Kelsey Gilley, Lifespring Women’s Healthcare Certified Nurse Midwife.

As a CNM, Kelsey Gilley works with patients throughout a women's lifespan from their first period to menopause, including pregnancy. She says in Europe, 50-70% of births are attended by midwives. In the United States, only 8.2% of births have midwives present.

"The medical model, the majority of the time, sees conditions as things that need to be cured whereas midwives see every pregnancy as physiologic, normal until it’s proven to not be and that’s where the training comes in," explained Gilley.

"Your brain is only receiving so many messages, it can’t really focus on the pain of contractions. It’s focusing on you being submerged and floating in water," said Gilley. "Even in the tub, it’s big enough that you can get in multiple different positions."

All of these tools put moms in the driver’s seat, giving them more control over their labor & delivery experience, especially if they want an unmedicated birth.

"We’re both taking a step forward and a step several decades back to a time when we did less but had good outcomes," said Dr. Katie Beal, Lifespring Women’s Healthcare Obstetrician-Gynecologist.

Those good outcomes are backed up by science.

"More and more studies are coming out that support the use of limiting interventions in order to reduce C-section rates. Those have been going up steadily in the United States for about the last two decades," said Dr. Beal.

If complications do arise or a mom changes her mind and opts in for an epidural, for instance, the hospital can be flexible.

"Labor’s not easy. Don’t let anybody ever tell you that it is because it’s not. But it is rewarding and it is doable. But you just have to have the right tools," said Gilley.

For the Simmons family, they're excited to have another child, eventually. Cassie says she'll decide then if low-intervention is right for her during that delivery and recommends patients have an open dialogue with their provider of choice.

"Be in contact and communication with your doctor, find someone who is on board with what you want to do but is also going to be there, medically speaking, you want to be safe," said Simmons. "It’s funny. It doesn’t take long for you to forget about the pain of it and just remember the good stuff."

A ribbon cutting and open house are planned for the birthing suite on Thursday, February 28 from 4:30-6:30 p.m. The suite will be available on a first come, first served basis. All of the low-intervention options are covered under a patient’s global obstetric fee so it shouldn’t cost any more than a traditional delivery. The Murphy bed, labor tub and shower are unique to the suite but many of the other low-intervention options you can still use in a regular room.

A similar low-intervention birthing suite is opening at its sister hospital, Willow Creek Women's Hospital, in early March. A ribbon cutting and open house are planned for Thursday, March 7 from 4:30-6:30 p.m.