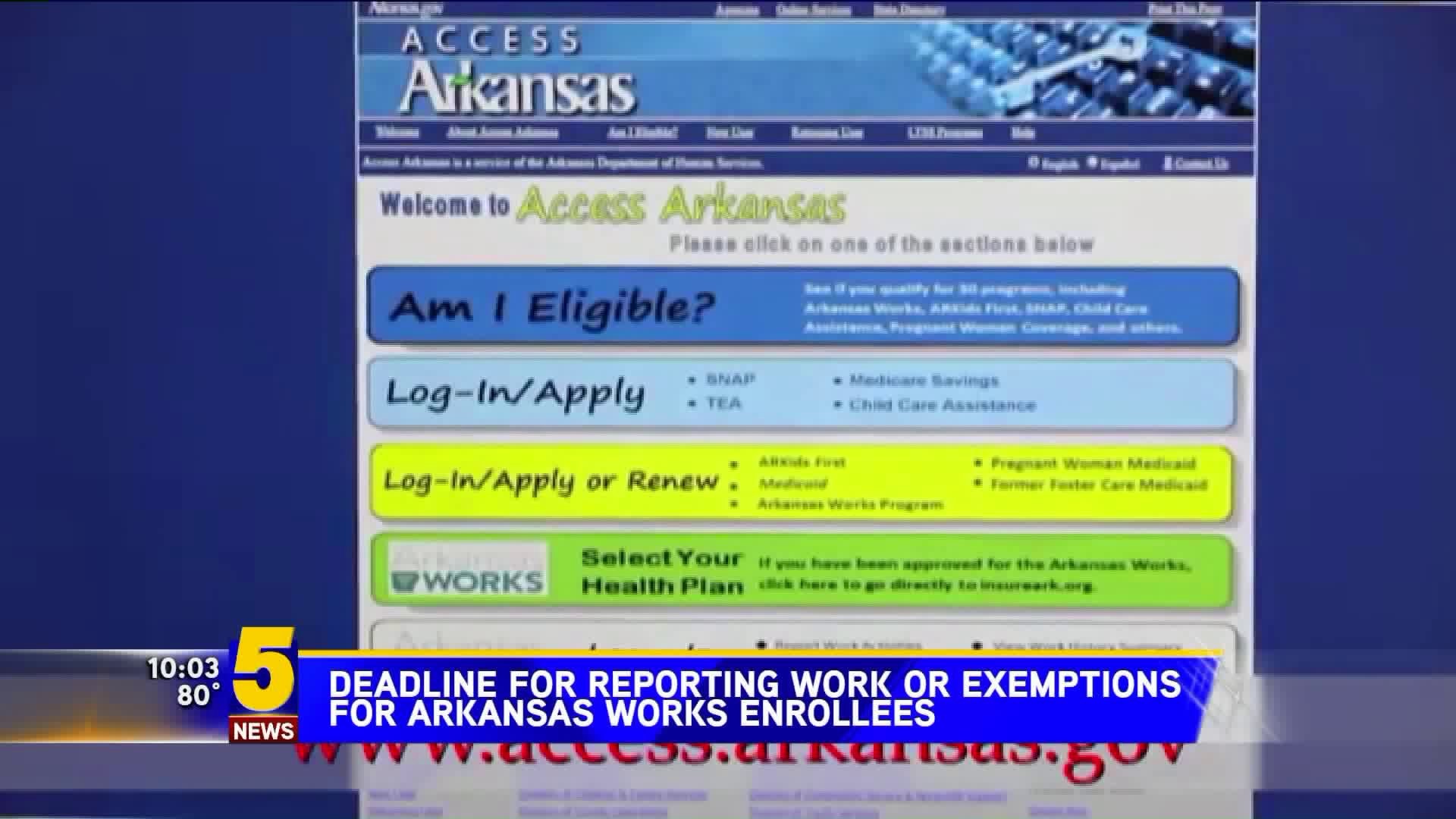 NORTHWEST ARKANSAS (KFSM) -- The national spotlight is on Arkansas for it's Medicaid expansion, Arkansas Works, that's making many people enrolled go to work to keep their benefits.

According to Marci Manley with The Department of Human Services, the new expansion requirement calls for 8,534 people aged 30 to 49 using medicaid to report 80 working hours for the month of June to stay insured.

"We do want people to get serious that these deadlines are there and we need you need to report your activities, and we want you to learn the system and learn what you need to do." said Manley.

The monthly deadline for work hours is a result of the waiver signed back in March by the Federal Government allowing Arkansas to tie working to the medicaid expansion.

For those that didn't meet the first deadline Manley said,"It is not an immediate closure on their account because they have one month of non compliance." You would have to miss three consecutive months in a year for your coverage to be discontinued.

Hours before the deadline ended only 371 people logged their hours, which had DHS defending the process.

"There's been a lot of outreach going on from emails from DHS, we've seen several emails and post on social media." Manley said.

Despite their efforts, Marquita Little with Arkansas Advocates for Children and Families has concerns.

"Some people just don't have the technology especially in rural communities, and then for the people who may have internet access. They don't understand this new cumbersome complex IT system." said Little.

For those that missed the deadline, the next stop could be the Arkansas Workforce Center. There you can get training or signed up for work to keep your benefits.