HOT SPRINGS, Ark. (KTHV) — Hot Springs will be the center of the medical marijuana universe next week after a second dispensary passed state inspection T... 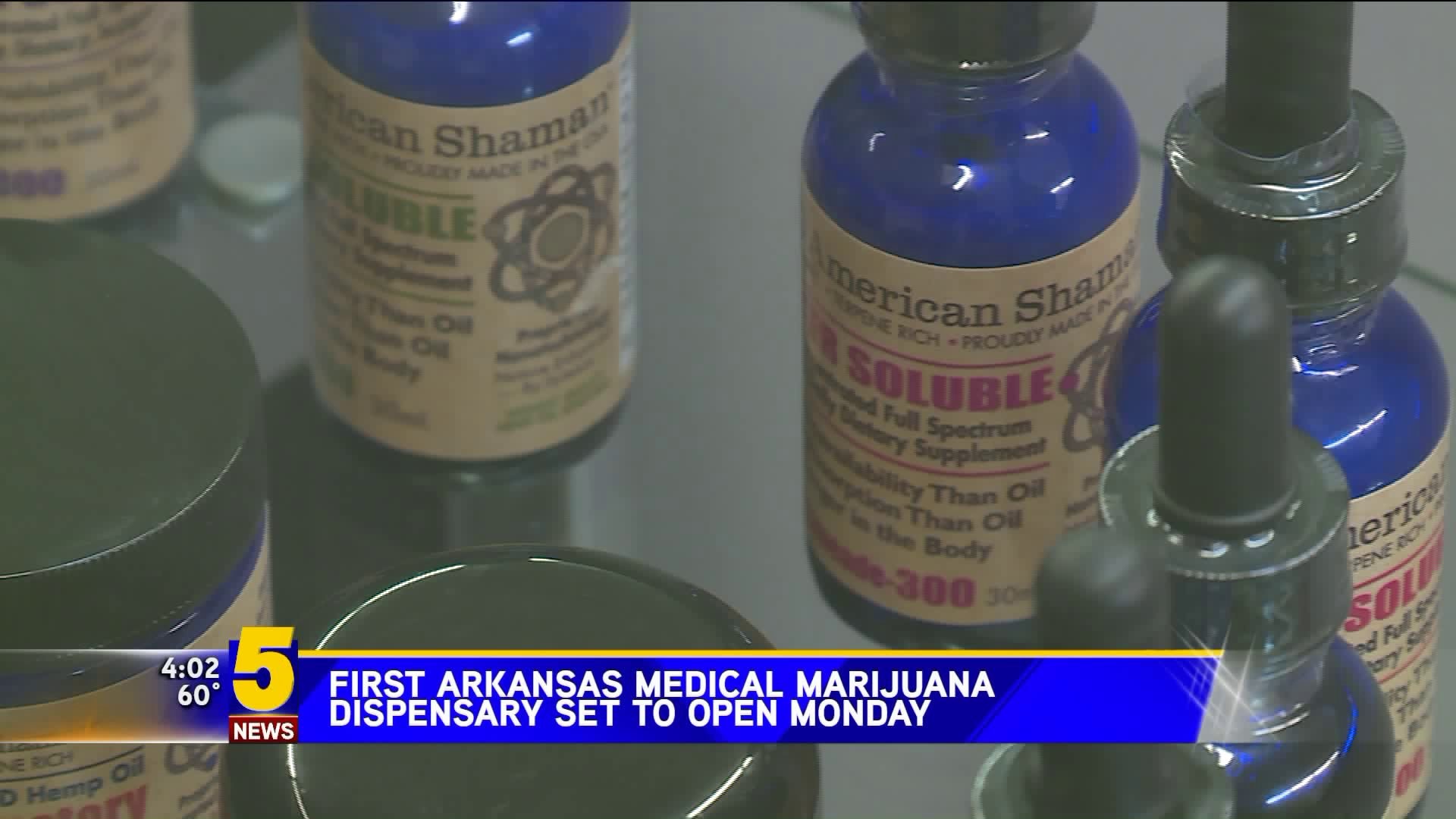 HOT SPRINGS, Ark. (KTHV) — Hot Springs will be the center of the medical marijuana universe next week after a second dispensary passed state inspection Thursday.

“We are enormously excited,” said Dragan Vicentic, as he stood outside Green Springs Medical with partner Bruce Simpson. “This is basically history in the making; the first dispensary to open in Arkansas to sell medical marijuana. It's just a phenomenal time.”

After a long and expensive process, Monday delivers the chance to finally start helping patients. The pair also has a plan in place to help as many of them as they can.

“The thing that we're worried about is that not every patient will get product,” Vicentic said as the estimates of the first crop from Bold Cultivation come in at less than 200 pounds.

“We came up with a plan that we're going to limit it to half-an ounce per person. And of course there will be product next week. There will be a whole new harvest in.”

Economics 101 means a short supply and pent up demand will lead to steep prices. Each dispensary will set their own prices based on the market and Green Springs will charge $15 per gram. That equates to more than $200 after taxes for that half-ounce.

“Yes you have to pay cash, but the thing about it is you can buy just one gram if you want for just 15 dollars,” Simpson said. By law a patient can purchase up to 2.5 ounces every 14 days.

If other dispensaries don’t impose their own limits, a patient can buy it all in one shop or smaller amounts from different places. A bio-tagging tracking system will help the state control how much is sold.

Doctor’s Orders dispensary is also scheduled to open next week. Visentic asked those owners if they would also limit sales at first but he hasn't heard back as of Thursday afternoon. For now, he and Simpson are focusing on passing around as much of the drug as they can to get started.

“We have to keep our customers happy and by limiting the amount that we're selling we're still going to sell it,” Visentic said. “We're just spreading it out.”

Scott Hardin, a spokesperson for the Medical Marijuana Commission reminds customers that only registered marijuana card holders or registered caregivers are going to be allowed inside the store.

No one is allowed to pick up a prescription for somebody else, even if they are related or the patient is disabled.

That might limit the crowds at the start as hundreds are otherwise expected to travel from all across the state to try and be a part of history.

Green Springs hours will be from 10 a.m. to 8 p.m. from Monday through Saturday. They will be closed on Sundays.