FORT SMITH (KFMS) — A former Fort Smith sanitation director who was fired earlier this week is possibly planning to file a lawsuit for wrongful terminatio... 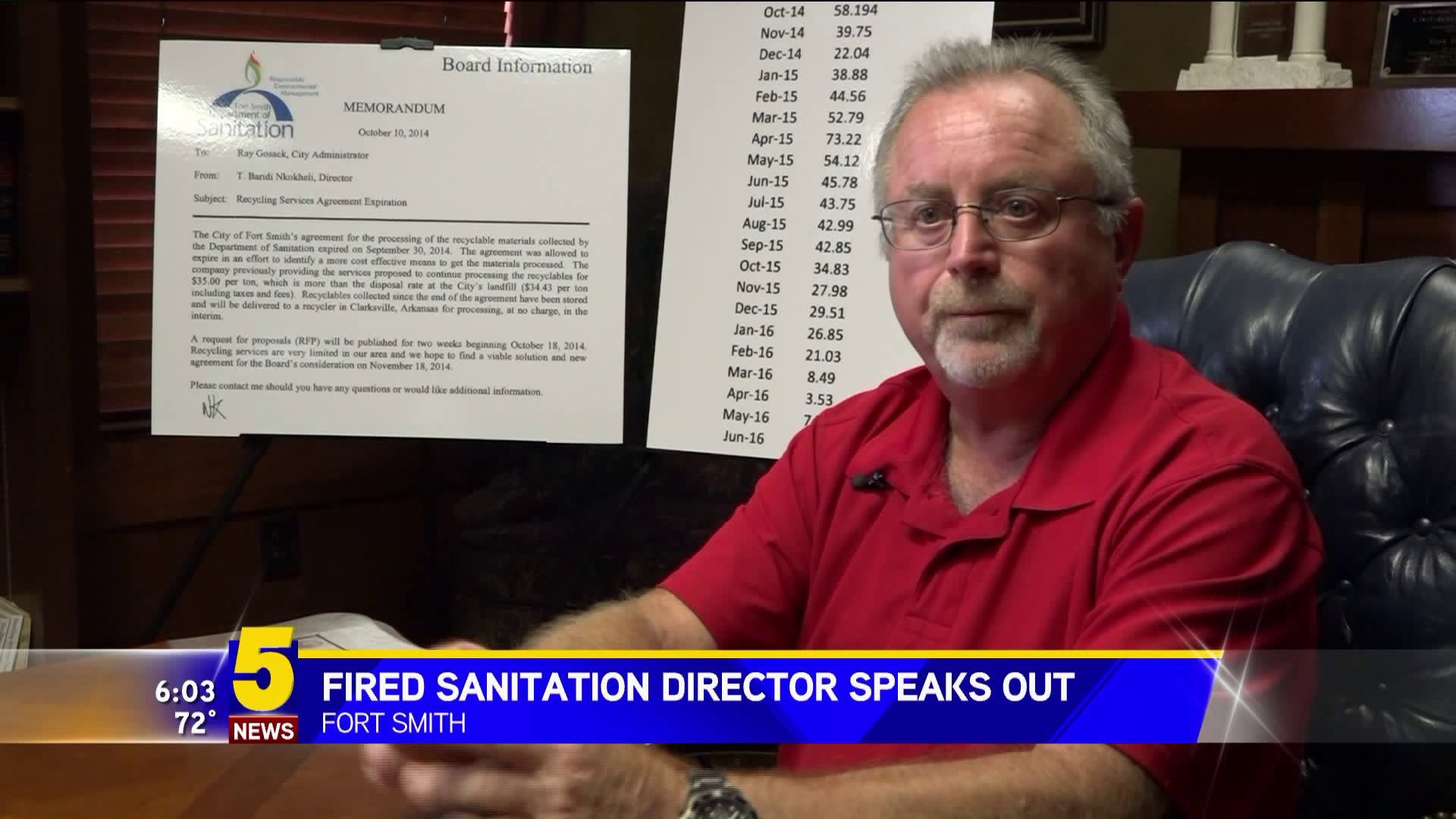 FORT SMITH (KFMS) -- A former Fort Smith sanitation director who was fired earlier this week is possibly planning to file a lawsuit for wrongful termination, his lawyer said.

Mark Schlievert, former Fort Smith sanitation director, was terminated on Wednesday (May 10). He said when he returned from lunch the Fort Smith City Administrator, Carl E. Geffken was waiting at his office.

"He said, 'well, let me get right to the point of this. Effective immediately, you're terminated. I have lost confidence in your ability to operate the Fort Smith Sanitation Department,'" Schlievert said.

He is possibly planning to file a lawsuit against the city of Fort Smith for wrongful termination, said Fort Smith lawyer Joey McCutchen. McCutchen said he will be representing Schlievert.

City Administrator Carl Geffken would not comment on this issue.

"We have no comment on the threat of potential litigation," Geffken said.

McCutchen said his client is the scapegoat in the recycling debacle that has plagued the city of Fort Smith. 5NEWS will be meeting with McCutchen later on Friday to to gather more details.

McCutchen said the problem with the lack of recycling started way before his client was hired as the sanitation director in April 2016.

McCutchen also said that Schlievert had put in bids and proposals to fix the problem the minute he found out the city was not recycling as it should.

"If Mr Schlievert feels he was wrongfully terminated then he has every right to file a lawsuit," George Catsavis, Fort Smith city director said. "No, I can not confirm why he was terminated but assume it had something to do with the recycle issue. I was never informed about the recycling being stopped. I learned about it through a press release. I also feel that the other board members were not informed either. The people need to know why we were not informed about this. Why was this hidden for so long? What possible reason would there be to not tell us? All I want is the truth. The people and the board have the right to know and I will do everything I can as a city director to get to the bottom of this."