CENTERTON (KFSM) — A special meeting was held Thursday (May 24), where Mayor Bill Edwards requested for the city council to reinstate the police officers ... 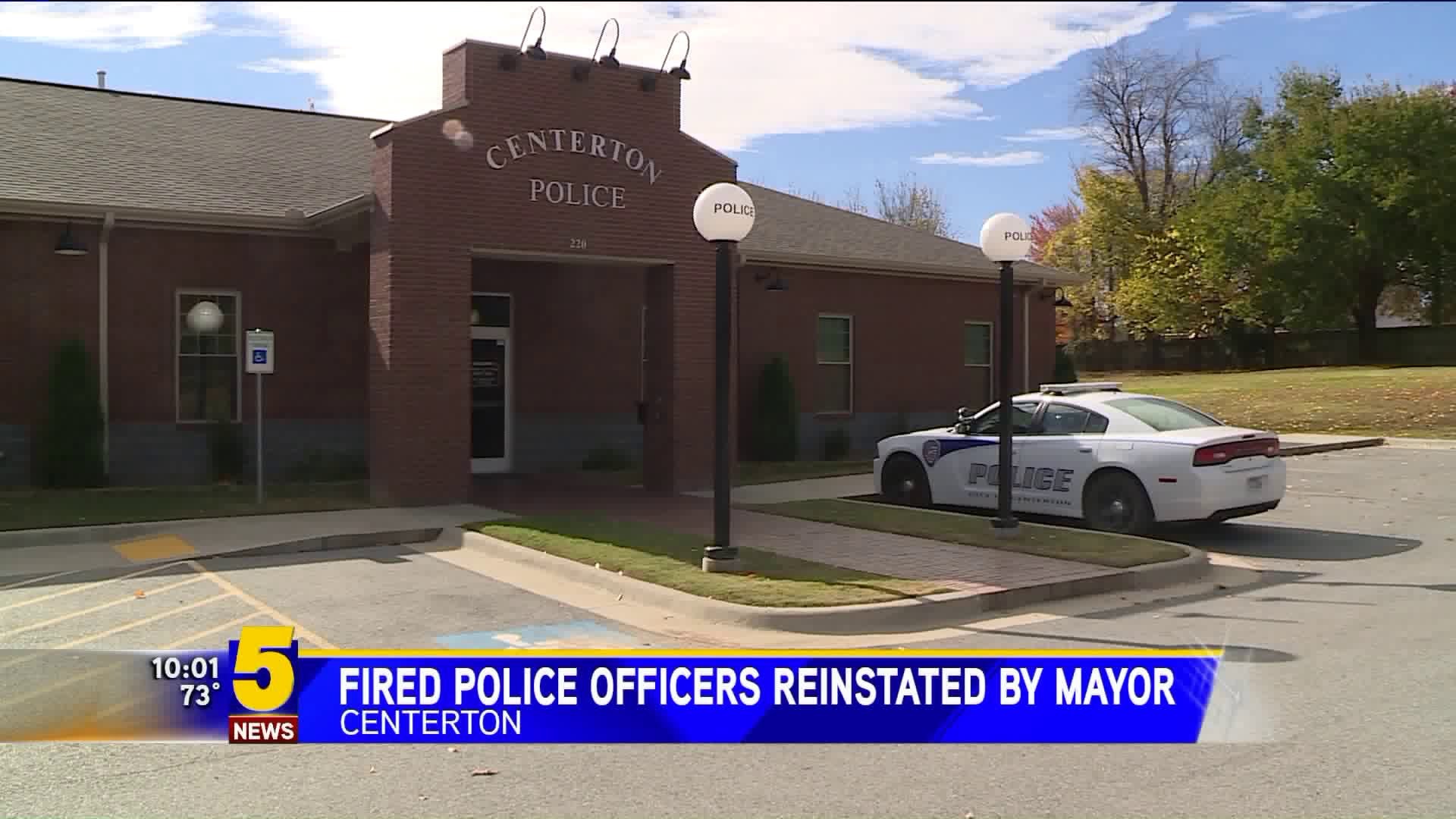 CENTERTON (KFSM) -- A special meeting was held Thursday (May 24), where Mayor Bill Edwards requested for the city council to reinstate the police officers that were terminated. They will now be on administrative leave until the investigation by Arkansas State Police is complete.

When the city council voted Thursday, there were five yes votes and one council member abstained.

Chief Cody Harper and Capt. Kris Arthur were unexpectedly fired on Tuesday (May 15). Harper had been put on administrative leave while the department underwent an audit.

"Since last Tuesday I've been pretty down," said Capt. Arthur. "This is a very trying time, not just for me, but for my family."

State law prevents police from enforcing criminal and traffic laws for the “principle purchase of raising revenue for the municipality and not for the purpose of public safety and welfare,” according to Arkansas Code Annotated 12-8-402.

"I spent a lot of hours doing a lot of different things for the city and the police department, and whenever this happened I was taken back," said Capt. Arthur.

Mayor Edwards hopes this gesture will help boost the decreasing morale. "I just wanted to make a good faith effort that we listened to everything that's being accused before we make any decisions," Mayor Edwards said.