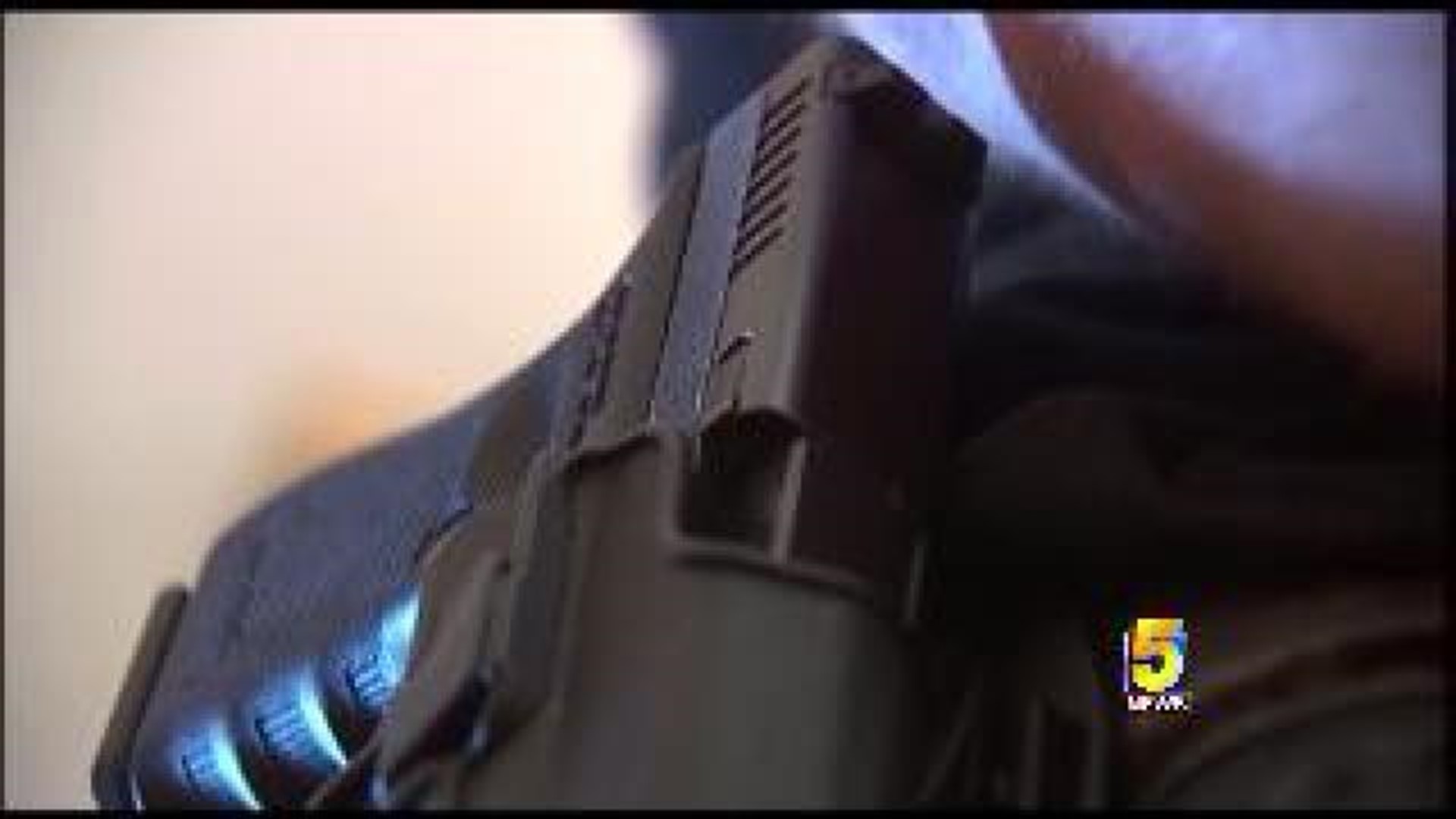 Prosecutor John Threet and Sheriff Tim Helder told 5NEWS current state law does not prohibit gun owners from carrying their firearms in the open without being concealed. The opinion is at odds with a statement released earlier this year by Attorney General Dustin McDaniel, which stated open carry of firearms is illegal in the state.

The controversy began after a bill was passed by state legislators late in the 2013 legislative session, which contains language some believe allows for open carry of firearms.

Helder said he will use Threet’s opinion in instructing his deputies on the legality of firearm open carry.

“Ultimately, he’s the guy that interprets the law for us and will say I can prosecute this and I can’t in good conscience prosecute on these,” Helder said. “So what we try to do is get that information out to our deputies.”

Prosecutors and law enforcement in other Arkansas counties can enforce the law based on their own interpretation, but Threet said he does not plan on prosecuting gun owners who openly carry firearms in Washington County.

“I personally believe you have to show that they are going to unlawfully employ it as a weapon,” Threet said. “If you can’t do that, I don’t think you have a crime.”

Helder used to agree with the attorney general in his opinion that openly carrying firearms is illegal.

“We basically took that as law as we would interpret it and enforce it,” he said.

But that changed after the sheriff talked with Threet about the issue.

“Well, after that conversation and further review of it, I tend to agree with him as far as the interpretation of the law,” Helder said.

The prosecutor and the sheriff both said for law enforcement across the state to agree on whether firearm open carry is legal, legislators will need to address it in the next session.

“I would anticipate that this will be readdressed, and we’ll see then,” Helder said. “But between now and then, at least in Washington County, it appears to be lawful.”

Threet said if legislators declare firearm open carry legal, gun owners may not be required to obtain permits to concealed-carry their handguns.

"All of that's moot if the new law states that it's open carry," he said.