Fire Tears Through Back Portion Of Fort Smith Historic Church 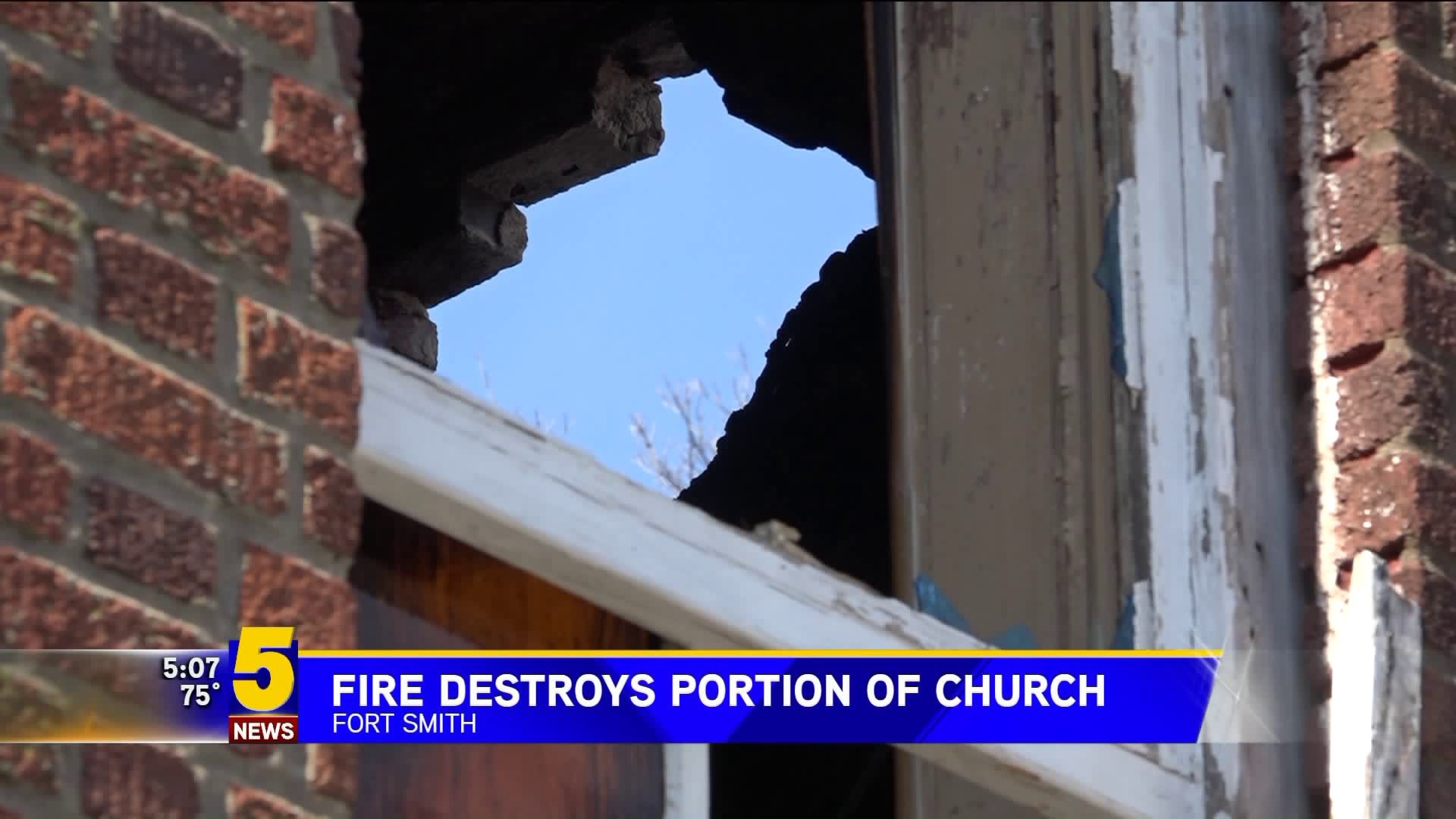 The church, according to a plaque on the building, was erected in 1866 and sits in Fort Smith's Belle Grove District.

Fort Smith fire crews were able to contain the blaze before it spread to the church's sanctuary.

As of right now, the official cause of the fire is listed as undetermined but crews did say they believe a homeless person may have been sleeping inside the building on a cold night, lit a fire, fell asleep and the fire spread.

While the building has not been in use for several years, the church's congregation who now worship at an alternate location said they were heartbroken to hear a fire destroyed the back portion of the building.

"This building was erected in 1866 and it's been standing glorious. In the last 10 or 15 years it started to deteriorate," said church member Peggy Pilgrim.

Pilgrim said fundraising to restore the church has been on going for several years, but the cost needed for all repairs is a shocking amount.

"It cost a $100,000  just to put a roof on it, which is the only thing that is brand new. So, to restore the whole building it will take more money than we could even fathom," Pilgrim said.