ARKANSAS (KFSM) — Auditor of State Andrea Lea said there is $280 million that is considered ‘unclaimed money’ in Arkansas. That means that nea... 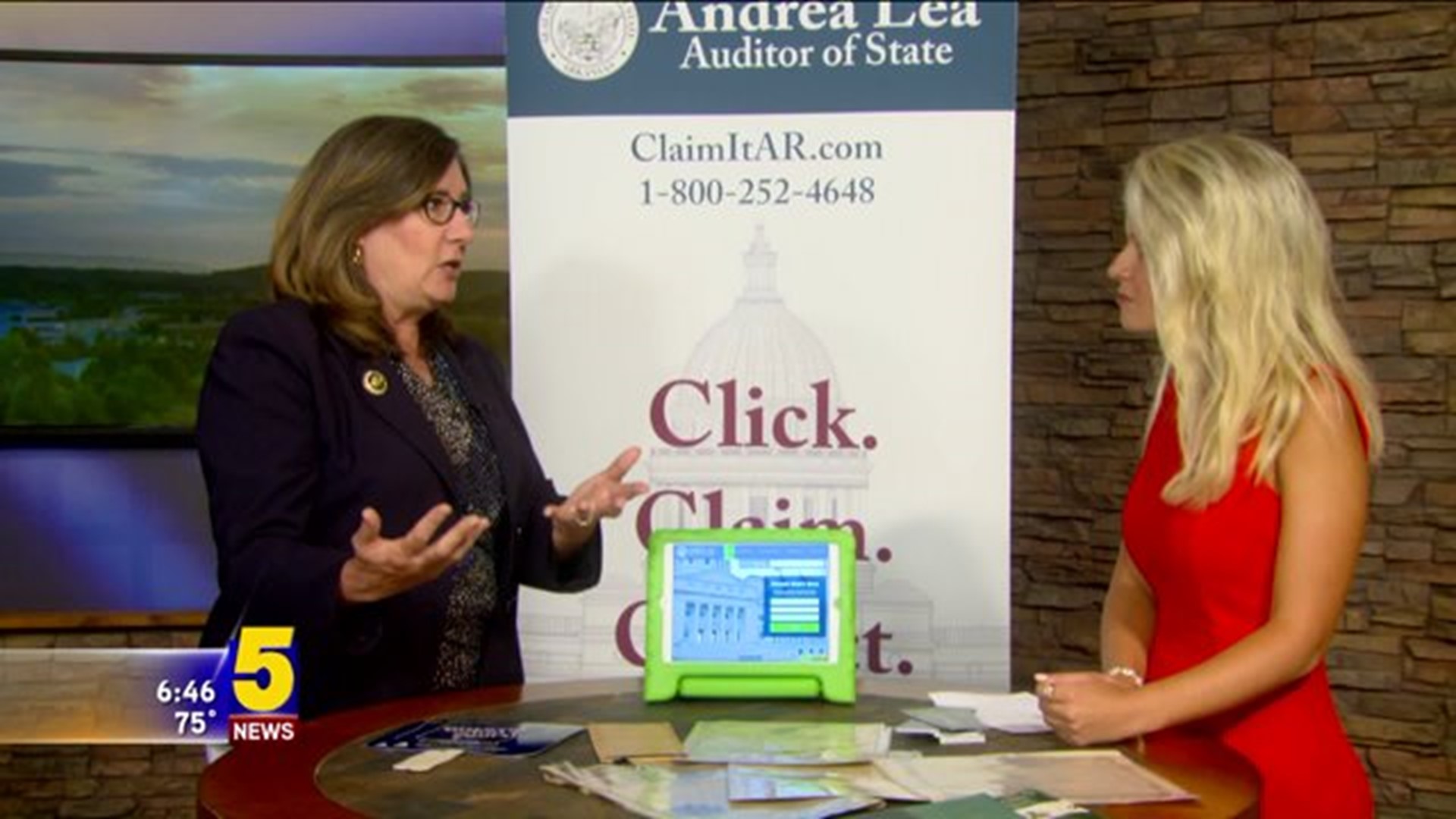 ARKANSAS (KFSM) -- Auditor of State Andrea Lea said there is $280 million that is considered 'unclaimed money' in Arkansas. That means that nearly 1 in 4 people have something that is unclaimed that they could receive money for.

Lea stopped by 5NEWS This Morning Tuesday (Aug 9) and said the property includes everything from refund checks from utility companies and deeds to property, to personal items like passports, marriage licenses and photographs.

The Great Arkansas Treasure Hunt is a year round event helping Arkansas residents know if they have any unclaimed money. Through the program, the auditor's office connects state residents with their unclaimed property and allows current and past residents to collect their property at any time.

A few years ago, letters were sent directly to the owners last known address, resulting in thousands of Arkansans finding lost money before the Treasure Hunt even began.

The names on this list have been reported to the Auditor of State's Unclaimed Property Division as persons who may be entitled to abandoned or unclaimed property. Each year millions of dollars in unclaimed property, such as uncashed checks, bank accounts, utility deposits and stock certificates are turned over to the State by companies who cannot locate the owners. Some of this money could be yours!

And it's not just cash that's up for grabs: abandoned checking accounts, utility deposits, stocks and rebates could also be available.

Lea also said a lot of the property comes from safe deposit boxes that were rented. When the customers don’t pay for the boxes for five years, all the contents go to her office.

A mobile unit to help folks through the process will be set up Tuesday (Aug 9) at the Van Buren Public Library from 11 a.m. to 1 p.m.

According to Lea, you can also start the process by CLICKING HERE, or by contacting the Unclaimed Division at 1-800-CLAIM-IT.