FORT SMITH, Ark. (KFSM) — The search for a permanent Fort Smith Police Chief is still underway and now there are three candidates left. Fort Smith police have b... 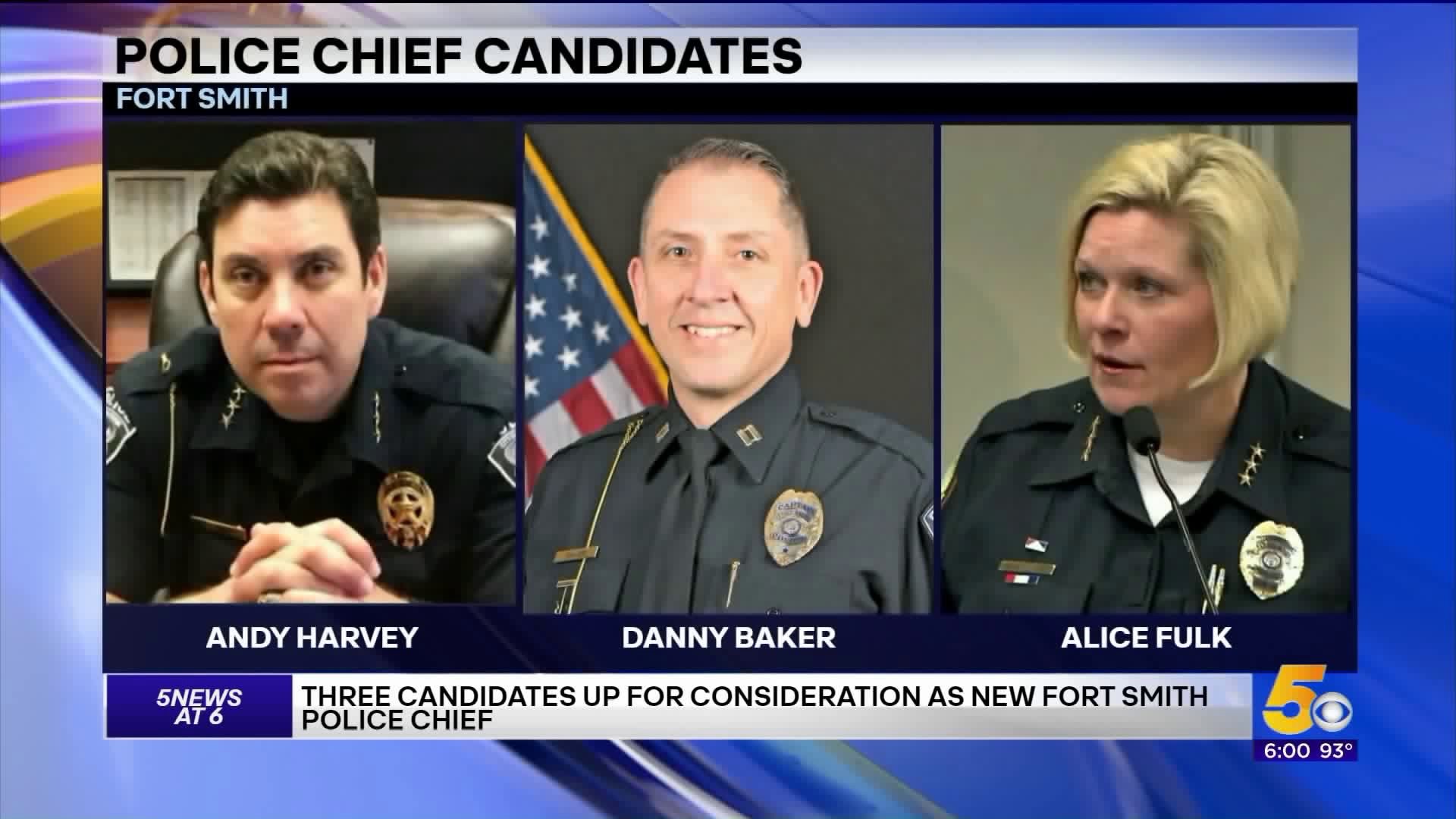 FORT SMITH, Ark. (KFSM) — The search for a permanent Fort Smith Police Chief is still underway and now there are three candidates left.

Fort Smith police have been searching for a replacement for Chief Nathaniel Clark since he announced his departure in March of this year.

The first candidate to make the final three is the current interim chief of police Danny Baker.

Baker is an 18 year veteran of the Fort Smith Police Department.

Fulk has spent 26 years with the Little Rock Police Department. She is a native to the state's capital and joined the city's police department in 1992. She became the department's first female assistant police chief in 2015.

The third candidate Andy Harvey who is Palestine, Texas Chief of Police.

Harvey was named chief in Palestine, which is located southeast of Dallas, in August of 2017.

All three candidates up for consideration underwent interviews in Fort Smith today before the final decision can be made.