BENTONVILLE (KFSM) – Friday (Dec. 7) there was a fight here at the Bentonville water tower between the City of Rogers and the City of Bentonville, but it wasn&#... 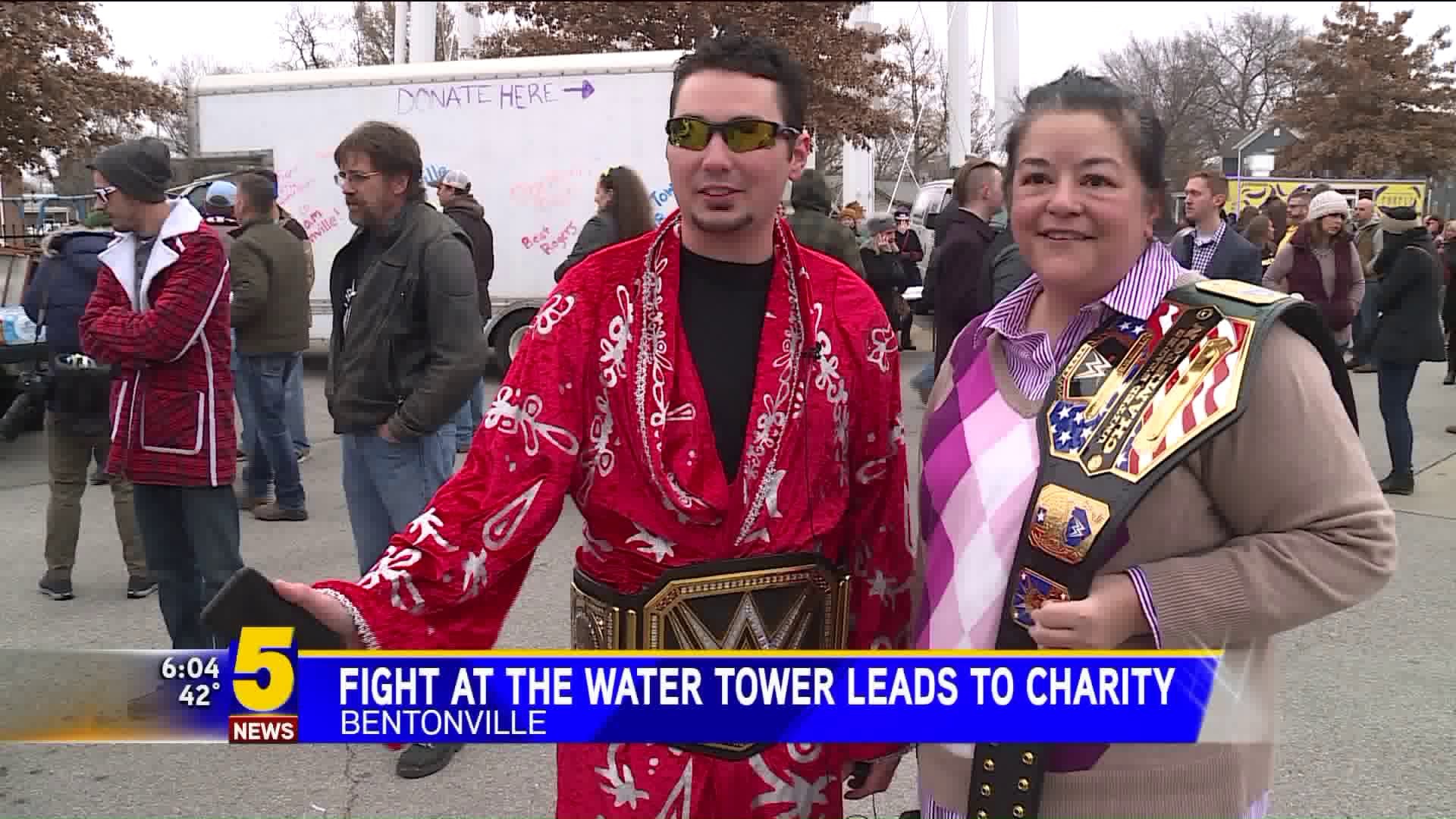 BENTONVILLE (KFSM) – Friday (Dec. 7) there was a fight here at the Bentonville water tower between the City of Rogers and the City of Bentonville, but it wasn't throwing punches or smacking anyone around.

That satirical fight turned into canned food, toy and coat drive competition between the cities.

It all started a few weeks ago when parody Facebook pages for Northwest Arkansas cities began popping up on Facebook. That`s when the City of Rogers and Bentonville decided to fight.

“It was a throwback to the old days when Bentonville and Rogers was just a small town and there was a big rivalry between the towns and people would say come meet me wherever for a fight. So this was kind of paying homage to back before Northwest Arkansas hit the boom,” Christian Kunnecke said.

Christian Kunnecke said the charity event was set up on Monday (Dec. 3) morning and by the next day 5,000 on Facebook said they were going to the event, so she thought why not do something useful with it.

“If I had time to sit there and read the comments, I had the downtime to put something together. So in the past three days, we have gone from what was just a joke, a satirical fight, to a canned food, toy and coat drive,” she said.

Destin Cacioppo and Tammy Peterson were among the large crowd who came out to play along in the fight for good.

“We saw the Facebook post and it was going pretty viral. We just thought it was funny, throwing down. So we said let's dress up and let`s just have a good time and support the community,” Cacioppo said.

Charity coordinator Stephanie Baker said they had no idea what to expect but they are very excited by the outcome.

“We still don`t know who city of Bentonville is, he has not revealed himself to either Christian or myself, but he said he might be around here somewhere incognito. But he`s been very gracious to let us turn this into something really fun and positive for the community,” Baker said.

Organizers said they are going to start planning for next year's fight next week.

All the food donations collected today will go to the Samaritan Community Center.

The toys and coats will be going to the Miracle on 14th street event and the money raised from t-shirt sales and food trucks will go to the Northwest Arkansas Women's Shelter.

If you didn't make it out here to the fight, there are still ways you can donate.

You can donate for Team Rogers at Ozark Axe House at 718 N 2nd Street until 7 p.m. Friday and then on Saturday, December 8th from noon to 4 p.m. They just ask that your donations are in a bag or box.

You can donate for Team Bentonville at Kyya Chocolate on the square on Saturday, December 8th from 11 a.m. to 3 p.m.