Benton County Sheriff Keith Ferguson exchanged tense words Saturday with a Bentonville police officer who pulled him over to ask about an improper license plate... 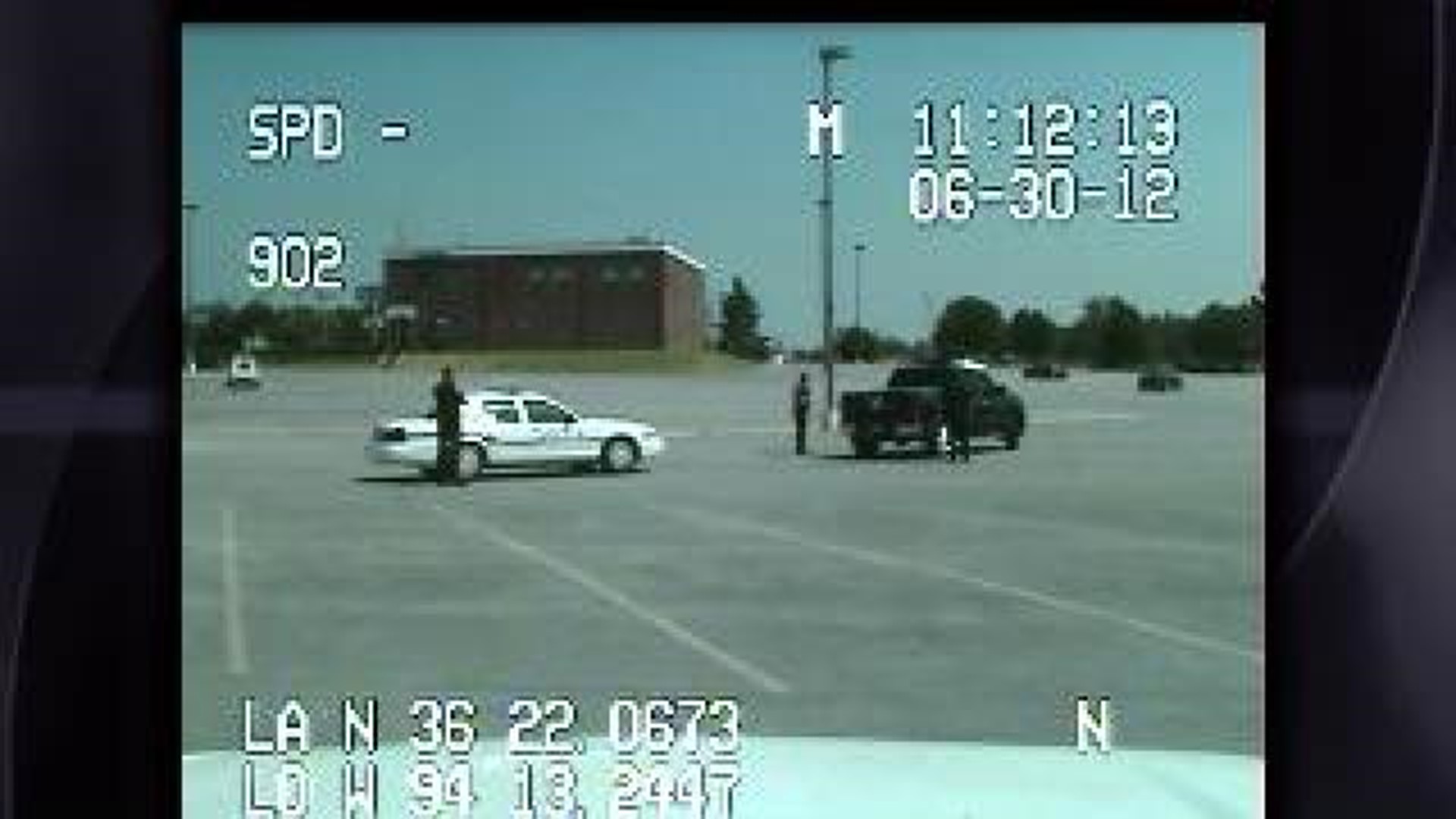 Benton County Sheriff Keith Ferguson exchanged tense words Saturday with a Bentonville police officer who pulled him over to ask about an improper license plate.

The exchange was captured on a dash board camera video obtained Monday by 5NEWS.

At 11:06 a.m. Saturday, a Bentonville police cruiser with two uniformed officers pulled over a newer black Chevrolet Silverado driven by Ferguson at 406 S. Walton Blvd., according to the incident report. The officers noticed a problem with the vehicle’s license plate, the report states.

The officer can be heard telling Ferguson to calm down.

Reached by phone Monday, Ferguson told 5NEWS his wife recently had surgery and that he would be at home Monday and Tuesday helping her recover. He said he has a side to the story to tell but that he would not speak about it at least until Wednesday.

“I really don’t like talking about my business when I’ve been with my wife,” Ferguson told 5NEWS.

Bentonville Police Chief Jon Simpson told 5NEWS Ferguson’s truck didn’t have the proper registration because it is a law enforcement vehicle. Ferguson was not issued a ticket or citation, Simpson said.

Ferguson, who began serving as Benton County sheriff in 2003, did not seek re-election this year and will serve until January 2013. Longtime police officer Kelley Cradduck defeated GOP rival Mike Jones in the May 22 primary election and does not face a Democratic opponent in the Nov. 6 election.