FEMA Registration Center Operating In Spiro For A Few Days Only

SPIRO, Okla.(KFSM) — Many in the River Valley who never thought they would need flood insurance or see the water from the river come close to their homes were c... 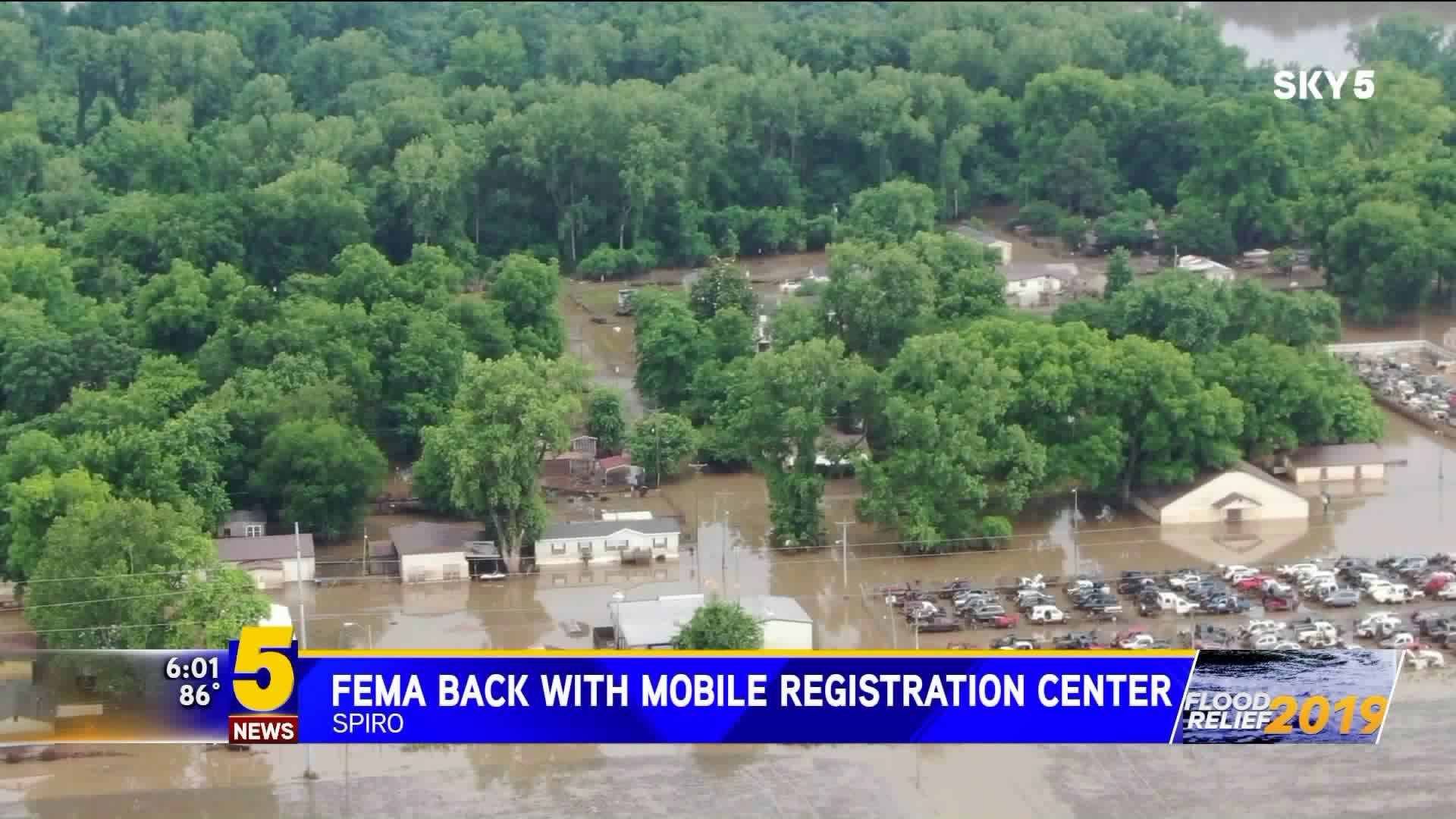 SPIRO, Okla.(KFSM) — Many in the River Valley who never thought they would need flood insurance or see the water from the river come close to their homes were caught in the worst flooding our area has seen.

F.E.M.A. came into the area and set up mobile registration centers shortly after the historic flooding. Eventually, they did move on to other cities in Oklahoma and Arkansas to help others facing the same disaster.

This week F.E.M.A. announced they were coming back to Leflore County to set up another center. Experts are helping those with questions on how to apply for federal assistance or those who have questions on their incomplete applications.

The center is set up in Spiro at the Community Center and will be operational each day until 6.pm.

Saturday (July 13.) will be the last day of having them in the area.

"The application deadline is July 31. So, we encourage people sooner rather than later to get that process started," said Scott Sanders with F.E.M.A.

Residents will need to apply with F.E.M.A. for federal assistance first.

Then, if warranted, they will be referred to the U.S. Business Administration for a low-interest loan.

"If they are approved, then a loan becomes an option. If they are denied, then they are referred back to F.E.M.A. for their other needs assistance program," said Louise Porter with the U.S. Business Administration.