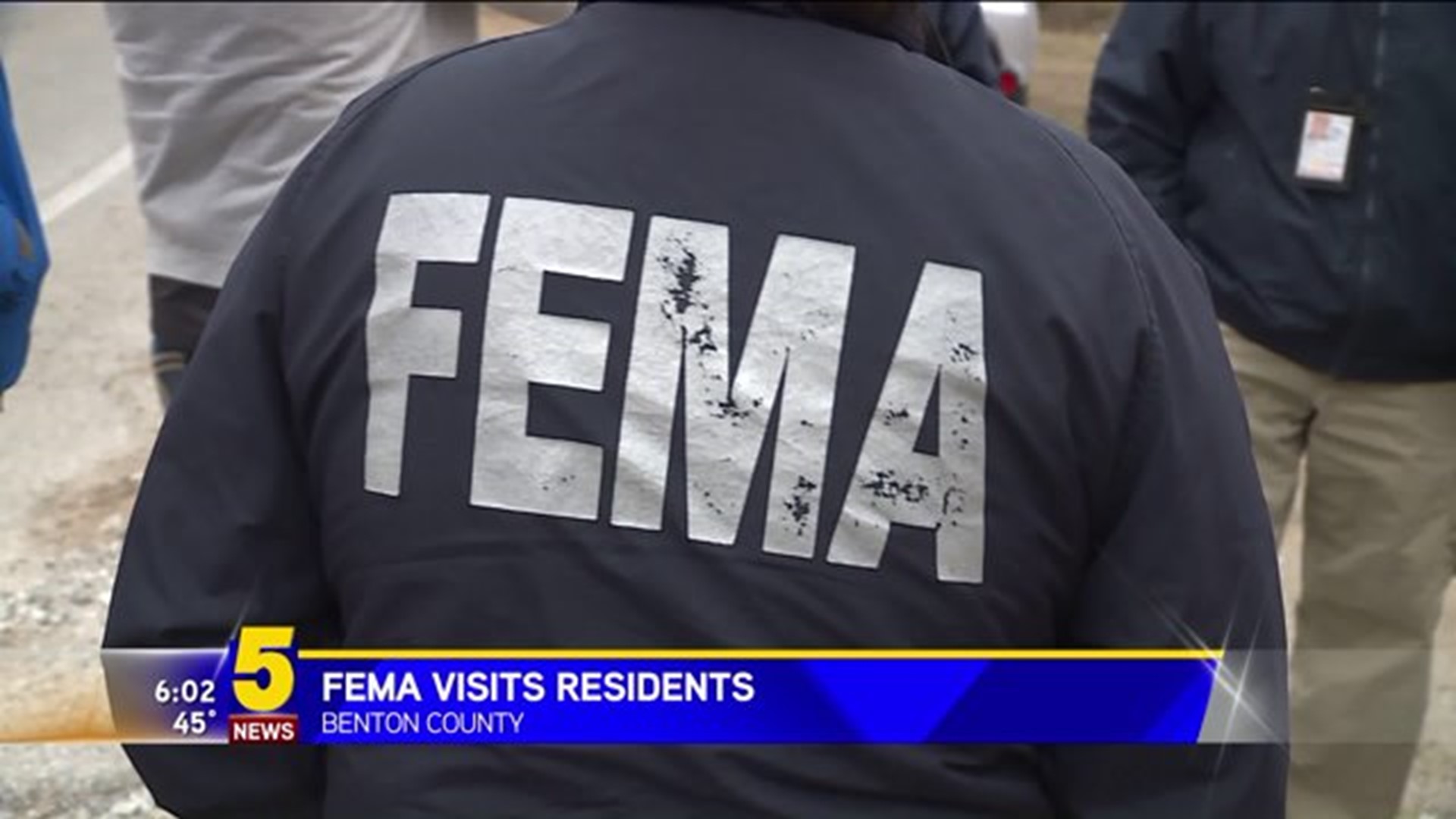 BENTON COUNTY (KFSM)-- Federal Emergency Management Agency inspectors have been going door-to-door in Benton County, talking to residents about their options after the major flooding event in December.

Robin Smith, who works with FEMA, said so far, 150 people have been approved state-wide for federal assistance to help clean up flood damage.

She said since the disaster area was declared on Feb. 5, inspectors have been working seven days a week to get those in need signed up for assistance.

"The storm that came through dumped a tremendous amount of rain and just tore the place up," Brown said.

Brown lives in Benton County, and said his farm fencing and property were damaged by the heavy rains.

"The force of the water took out an area about four to five feet deep and five to six feet across for about 40 yards in the wash here," Brown said.

Smith said inspectors will be in Benton County until they're no longer needed. Brown said he's thankful for the help and for the damage not being worse.

"By the grace of God ain't no doubt about it, because if water gets in the house out here you're in trouble," Brown said.