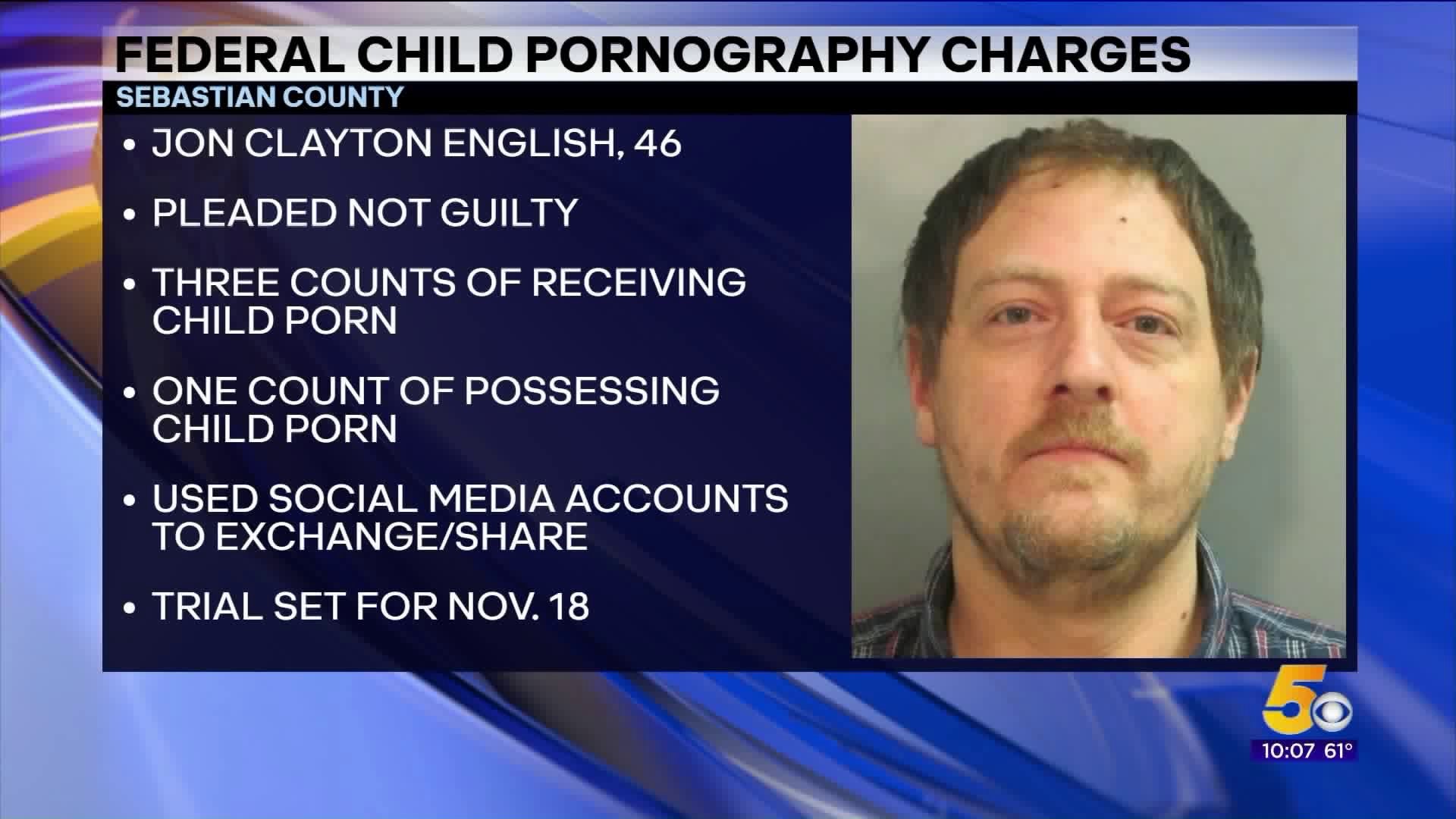 Agents with Homeland Security Investigations (HSI) said English used several social media accounts between July and August to exchange child pornography and share his stories of abusing boys while encouraging others in their attempts, according to court documents.

In one instance, English appeared to tell another user to infect a teen with an STD "to start a mini epidemic at the junior high."

English also spoke of putting "dirty needles in the public library's children section ... where the kids would reach in to turn the page and get stuck. Also playgrounds and schoolyards."

At the time of his arrest last month, English was free on a $100,000 bond after being booked on similar charges in November 2018 in Boone County.

Boone County sheriff's deputies had arrested English after tracing child pornography being shared on Twitter to his home in Harrison.

In January, the Boone County prosecutor's office charged English with 14 counts of child pornography. English pleaded not guilty and his attorney has said he intends to rely on mental disease or defect, according to court records.

However, agents noted in a conversation after he was released that English allegedly said there was a good chance he was "gonna' stay out of prison but probably register as a sex offender. WOOF."

English declined to talk about the investigation with federal agents when arrested in September but told them he was not a "hands-on offender," according to court documents.

English is being held without bond at the Sebastian County Detention Center. His trial is set for Nov. 18 in Fort Smith.