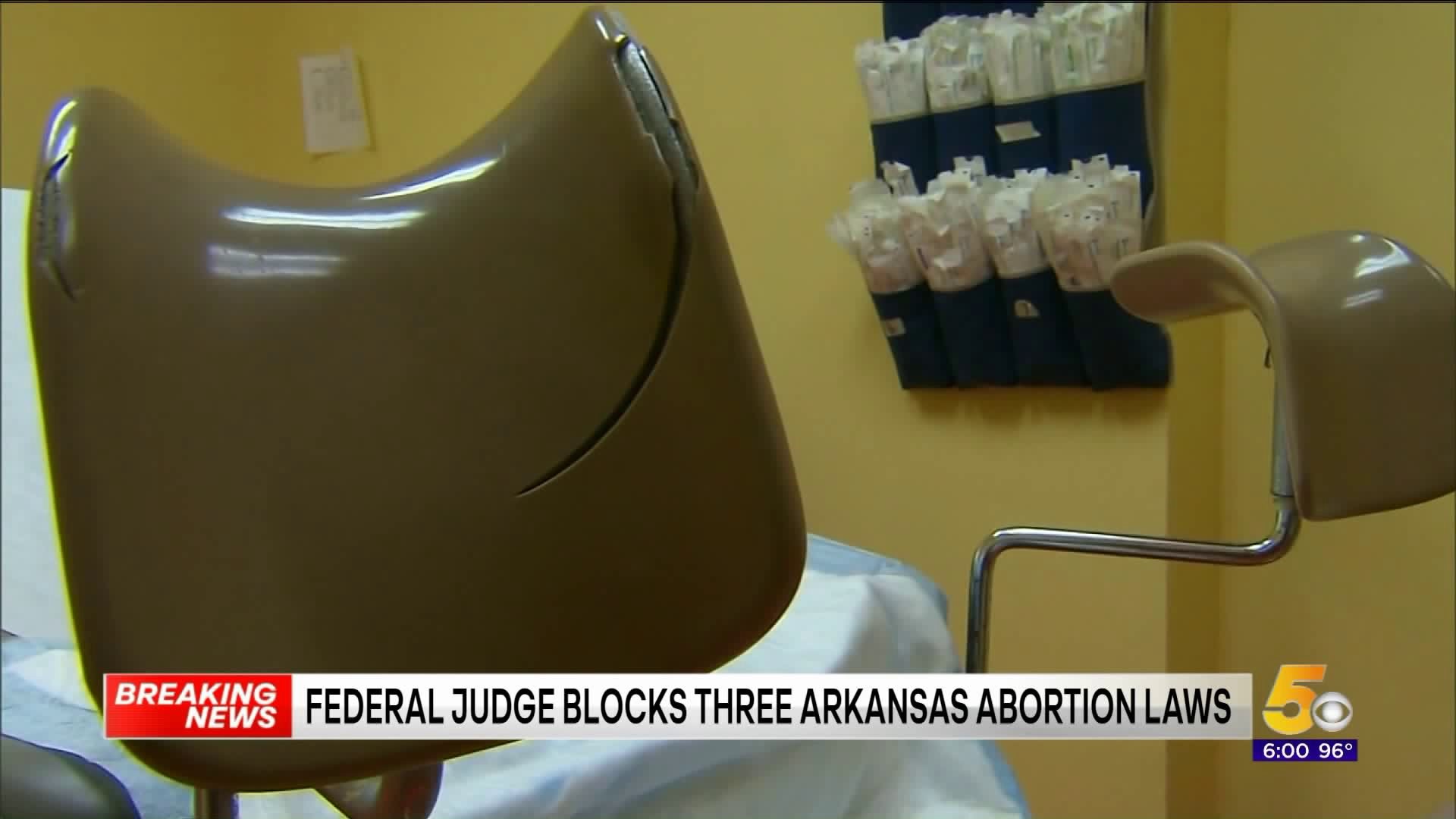 LITTLE ROCK, Ark. (AP) — A federal judge says three Arkansas abortion restrictions she temporarily blocked will remain on hold while she considers a lawsuit challenging them.

The laws include a measure prohibiting the procedure 18 weeks into pregnancy. They also include a requirement that doctors performing abortions be board-certified or board-eligible in obstetrics and gynecology. A Little Rock clinic that performs surgical abortions has one physician who meets that requirement, and he only works there a few days every other month.

Baker also blocked a law prohibiting doctors from performing an abortion if it's being sought because the fetus was diagnosed with Down syndrome.

"Following the court’s adverse ruling, the Attorney General immediately filed an appeal to the Eighth Circuit.  She continues to defend Arkansas law protecting women’s health by requiring a board certified or eligible OBGYN to perform an abortion, as well as Arkansas laws that protects unborn life by prohibiting abortions after 18-weeks and at any time if based on a Down Syndrome diagnosis."