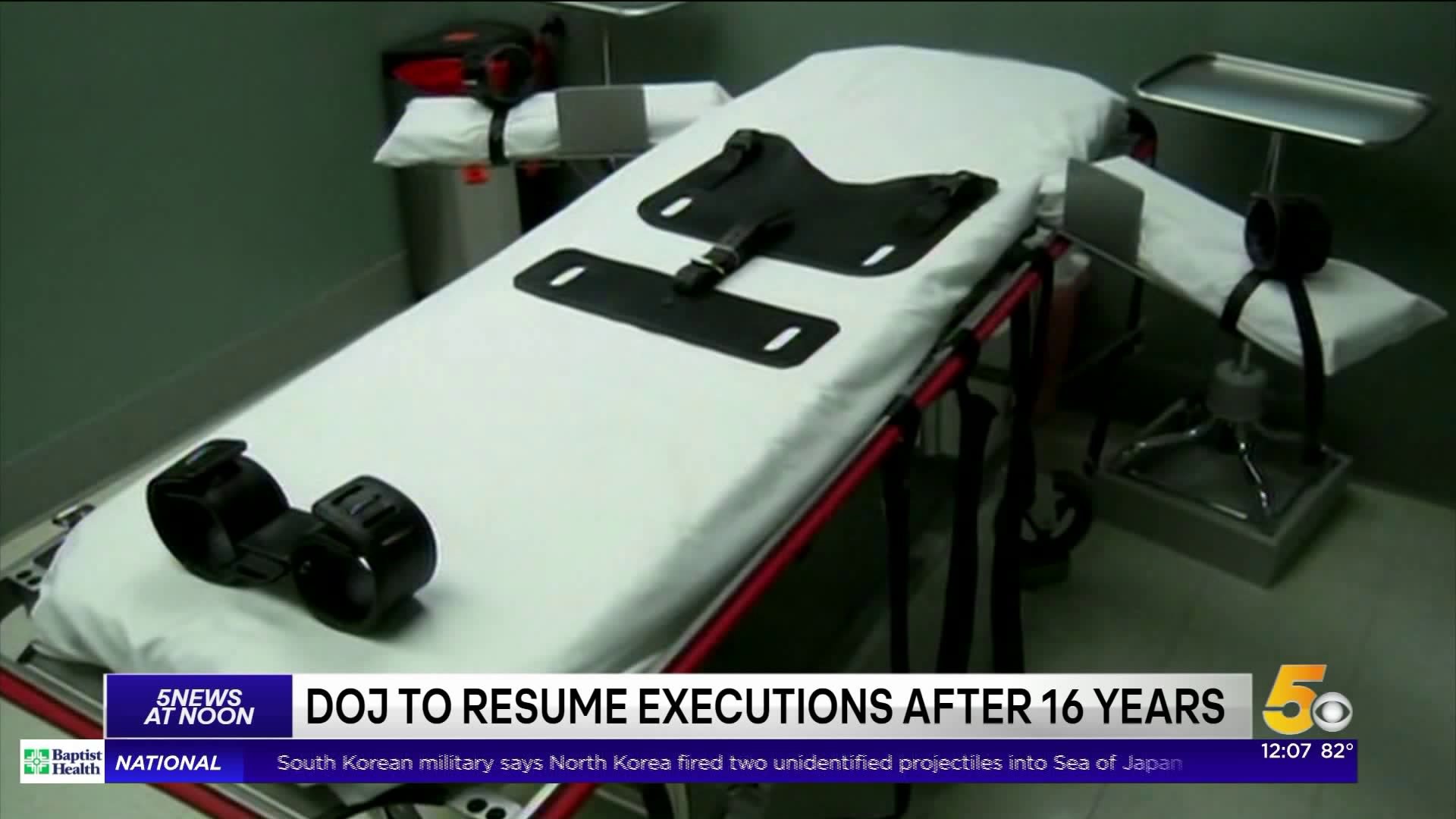 (CNN) — Attorney General William Barr directed the federal government Thursday to resume capital punishment after nearly two decades and has directed the Bureau of Prisons to schedule the execution of five inmates after adopting an updated execution protocol. One of those inmates is an Arkansas man convicted of killing a family, including an 8-year-old girl.

After 16 years without an execution, Barr has directed the head of the Bureau of Prisons to execute "five death-row inmates convicted of murdering, and in some cases torturing and raping, the most vulnerable in our society — children and the elderly" in December and January, according to a statement from the Department of Justice.

"The Justice Department upholds the rule of law — and we owe it to the victims and their families to carry forward the sentence imposed by our justice system," Barr said in a statement.

One of the five inmates now scheduled for federal execution is Daniel Lewis Lee. A member of a white supremacist group, Lee was convicted of murdering an Arkansas family that included an 8-year-old girl.

Lee robbed and shot the victims with a stun gun, then covered their heads with plastic bags and sealed them with duct tape, including the girl. He then weighed them down with rocks and threw the three of them into the Illinois Bayou.

Lee was convicted alongside Chevie Kehoe in the deaths of Bill Mueller, 53; Nancy Mueller, 28; and Sarah Powell, 8, of Tilly, but Kehoe was given a life sentence. Prosecutors said Lee and Kehoe were trying to steal guns and cash from the Muellers so they could start a whites-only nation in the Pacific Northwest.

Lee was found guilty on May 4, 1999, in the U.S. District Court for the Eastern District of Arkansas of several offenses, including three counts of murder in aid of racketeering, and was sentenced to death.

At Barr's direction, the Bureau of Prisons has adopted the Federal Execution Protocol Addendum which "replaces the three-drug procedure previously used in federal executions with a single drug—pentobarbital," the Justice Department announced.

While Barr has directed the Bureau of Prisons to adopt the updated protocol, legal experts say that won't happen overnight and they question whether any execution will take place as soon as December.

"Saying that you are going to adopt a protocol is not the same thing as having a protocol properly adopted through the required administrative procedures," said Robert Dunham, the executive director of the Death Penalty Information Center, a group that has been critical of how the penalty is administered. "You can't just say it and have it happen. There is a legal process for a protocol to go into effect and there is a legal process for challenging the protocol."

The other inmates scheduled for execution are Lezmond Mitchell for murdering a 63-year-old and her 9-year-old granddaughter; Wesley Ira Purkey for raping and murdering a 16-year-old girl; Alfred Bourgeois for torturing and killing his own 2-year-old daughter; Dustin Lee Honken, for shooting and killing five people, including two young girls.

There are currently 62 inmates on federal death row, according to the Death Penalty Information Center.

Only three federal inmates have been executed in the United States since the federal death penalty was reinstated in 1988 after a 16-year moratorium.

Louis Jones, a Gulf War veteran, was the last federal inmate executed in March 2003 for the kidnapping and murder of 19-year-old Army Pvt. Tracie McBride.

THV11 contributed to this report.