FORT SMITH (KFSM) — The FBI got involved in an investigation into graffiti vandalism found at two mosques in Fort Smith Thursday morning (Oct. 20), accord... 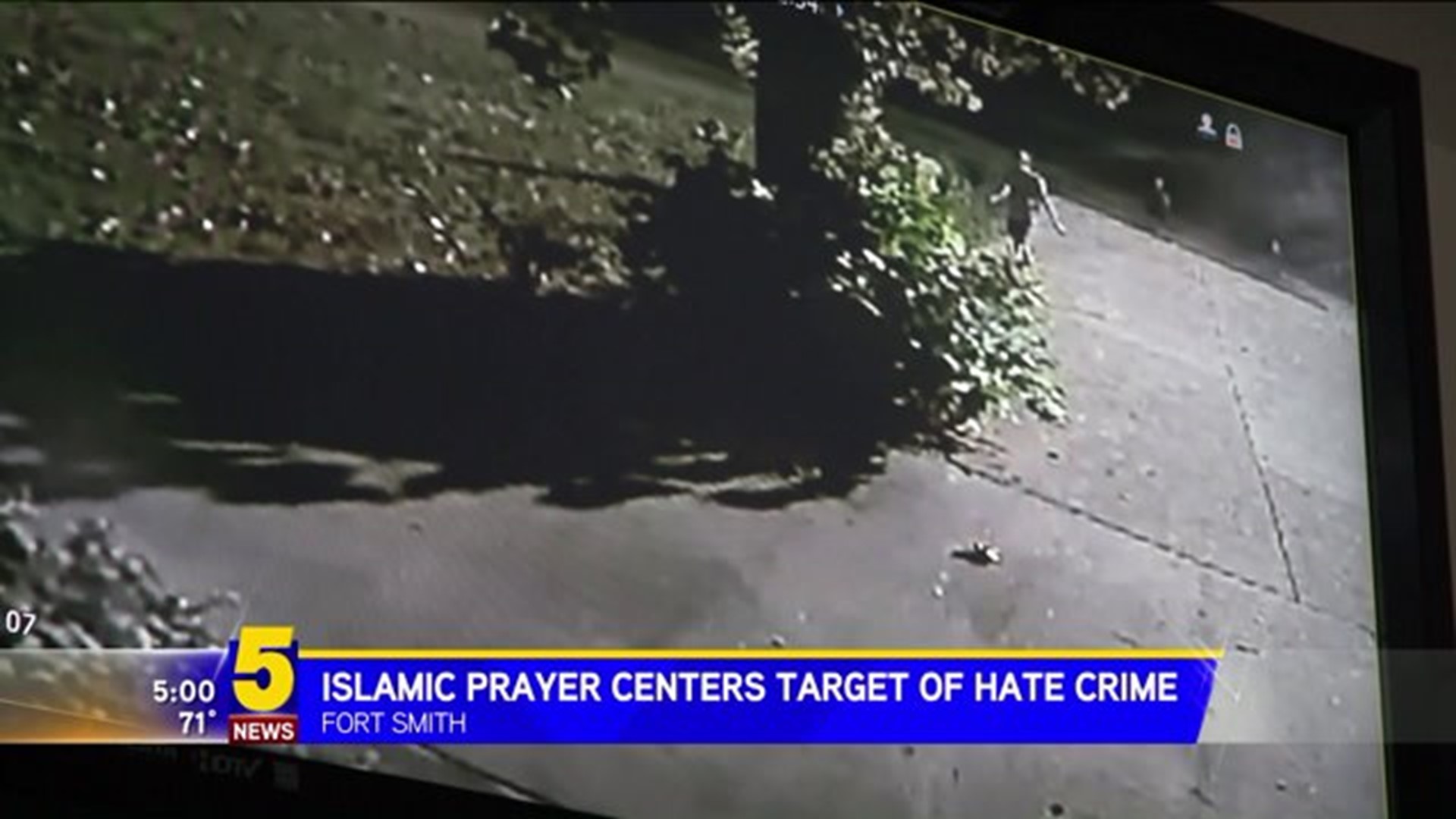 FORT SMITH (KFSM) -- The FBI got involved in an investigation into graffiti vandalism found at two mosques in Fort Smith Thursday morning (Oct. 20), according to Fort Smith police.

Police said they are now searching for three suspects, who they said are responsible for spray painting swastikas and "go home" on an Islamic center at 8501 S. 28th St. and another center at 1800 S. Albert Pike Ave. Police have not confirmed that they are connected, but they are investigating.

Police were originally investigating the vandalism as misdemeanors, but now that the FBI is involved, the crimes could be considered as felonies on a federal level.

Hisham Yasin, a board member of the mosque on 28th Street, found the graffiti when he came to the Islamic center to pray Thursday morning.

"We do not deserve this as Muslim people living in Fort Smith," he said. "We've never had problems with anybody. Islam is a peaceful religion. We live here and we have a lot of friends of all kinds of religions."

The suspects did damage to the sign, the garage and the porch.

"That sign says 'go home.' He doesn't know my home is just across the street," Yasin said.

Also upon the front window was the phrase "dues vult," a phrase referring to the crusades meaning "God wills it."

Surveillance video from the mosque shows one suspect clearly. The suspect was apparently unaware of the camera on the porch. Two other suspects can be seen at the end of the driveway.

Yasin had a message for the suspect in the video.

"God forgive you and he doesn't know the meaning and beauty of Islam," he said. "We invite him to come to our mosque and come wit with us and tell us what's the problem."

Yasin said they plan to leave the graffiti up until Friday morning, so mosque members can see the vandalism when they come to pray.

Anyone with information about the suspects, should call Fort Smith police or River Valley Crimestoppers at 78-CRIME.