A Fayetteville woman was chosen as a finalist for a national waffle contest, and her recipe could be worth thousands of dollars. Vanessa Rouse writes and illust... 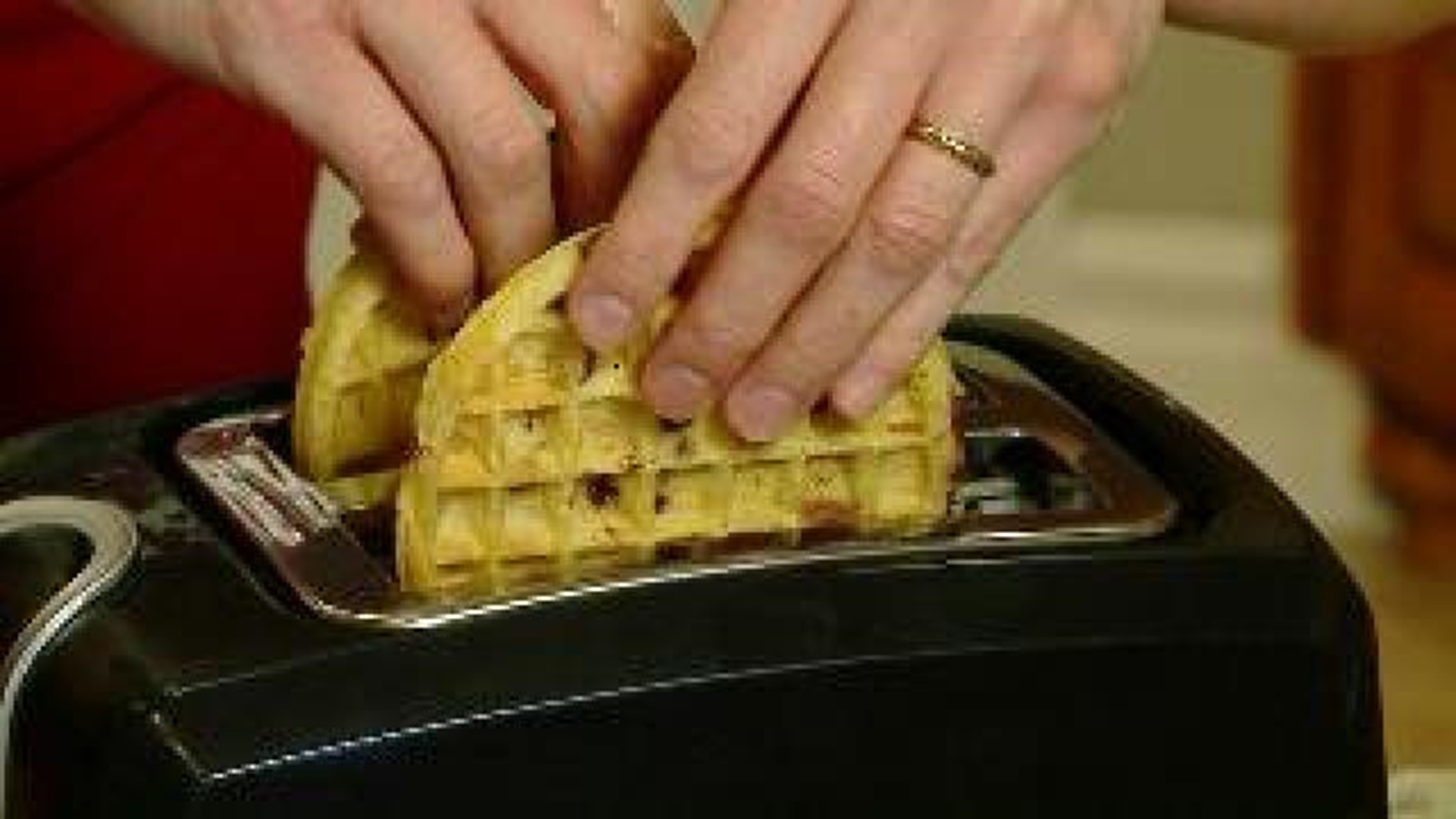 A Fayetteville woman was chosen as a finalist for a national waffle contest, and her recipe could be worth thousands of dollars.

Vanessa Rouse writes and illustrates children’s books, but she’s putting her literary skills on the back burner and concentrating on her cooking skills.

Rouse, who’s originally from Brazil, has been selected as one of eight national finalists in Kellogg’s “The Great Eggo Waffle Off” Contest.

She’s competing for the grand prize of $5,000 with her original recipe Doce de Banana Waffle Pie a la mode.

“People don't know what Doce de Banana is," Rouse said. "It was very common in Brazil. It was one of my favorite desserts. So I thought maybe I should incorporate Doce de Banana inside and make a waffle pie.”

She’s already won free waffles for a year with the recipe, which calls for chocolate chip waffles.

“We need to start with a ripe banana because it's sweeter,” she said. “Mash it up. Next, melt one teaspoon of butter in a saucepan over medium heat.”

Rouse then added the mashed banana to the melted butter and some other ingredients to add flavor.

“Add about one teaspoon of cinnamon and a half teaspoon of vanilla extract. Now we are going to stir and cook for about 10 to 15 minutes,” she said.

At that point it was time to prepare the pie crust, which is where the waffles came in.

Simply thaw the chocolate chip waffles on a low heat setting, then mold one of them into a muffin pan.

Fill it with the Doce de Banana, and add the other waffle to create the top of the pie.

“Pinch it so they don't come apart,” Rouse said. “Place it inside the muffin pan, and bake at 350 degrees for about 10 minutes."

To vote, click HERE, and make sure you vote for the Doce de Banana Waffle Pie a la mode.