FAYETTEVILLE, Ark. (KFSM) — Some Fayetteville students will be required to take antibiotics after an unvaccinated student was diagnosed with Pertussis — or whoo... 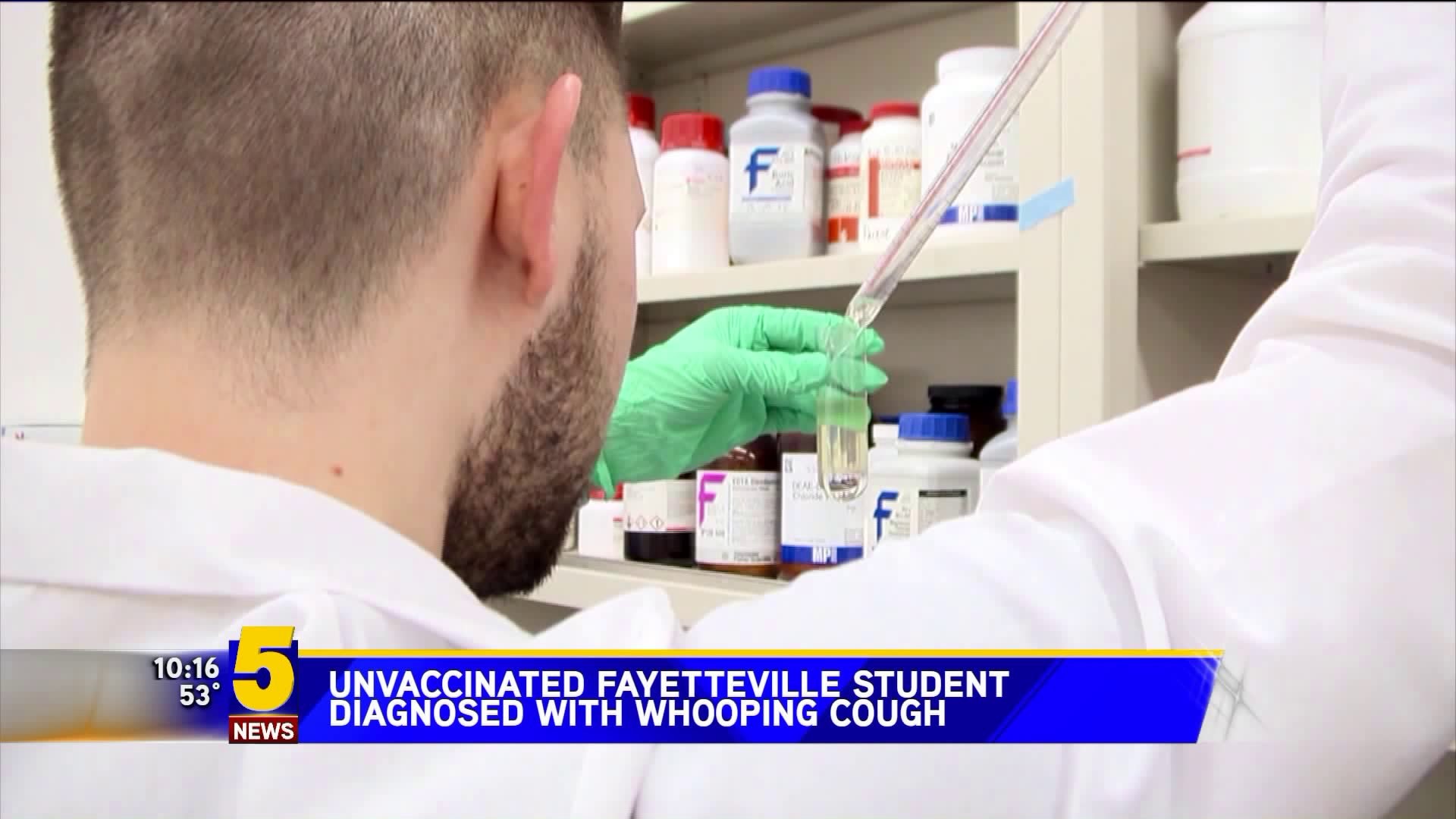 FAYETTEVILLE, Ark. (KFSM) — Some Fayetteville students will be required to take antibiotics after an unvaccinated student was diagnosed with Pertussis — or whooping cough.

Melissa Thomas, director of health services for Fayetteville schools, said a student at Woodland Junior High School contracted whooping cough and may have exposed about 30 other students.

Those students and seven others who are exempt from vaccinations were sent a letter about meeting with their doctor to discuss the antibiotics, Thomas said.

If the students fail to receive the antibiotic by Monday (April 8), they will be barred from school and school activities for 21 days. The medicines are Azithromycin or Trimethoprim-sulfamethoxazole, which should be taken for either five or 14 days.

"Immunization records will be reviewed to see if an additional dose of pertussis vaccine is needed. You will be notified if your child needs a vaccine," according to the letter.

State law requires children to receive a Tdap vaccine at 11 unless they're exempt.

There are three ways to become exempt from vaccinations through the Arkansas Department of Health (ADH) which include religious, medical or philosophical reasons.

Some parents say they have their reason why their children are exempt from vaccinations.

"I do believe vaccines help majority of populations, but there are certain subsets of populations that are for some reason very vulnerable to vaccines," parent Gim Goh said.

Eva Charles said she believes it is her choice as a parent to decide.

"Honestly I am not really scared of illnesses per se we just try to take care of our bodies.. boost immune system vitamin C and then see what happens," Charles said.

Gary Wheeler with the ADH said it understands exemptions, but the best way to avoid developing serious illnesses is to utilize the vaccinations to help prevent the diseases from becoming an issue.

"Really what I worry more about is the child at the junior high has a baby brother at home and if you are under 2 to 3 months of age and you get pertussis it can lead to hospitalization and even death in close to 1% of those kids so this is something that is very serious," Wheeler said.

Whooping cough is a highly contagious respiratory disease caused by the bacterium Bordetella pertussis, according to the Centers for Disease Control and Prevention.

Whooping cough makes it hard to breathe and can affect people of all ages. But it can be severe, even deadly, for babies less than a year old, according to the CDC.

The CDC recommends whooping cough vaccines for people of all ages.