FAYETTEVILLE (KFSM) — Two Fayetteville High School seniors go to Mexico to build a home, for a single mother, to honor the memory of their friend. During ... 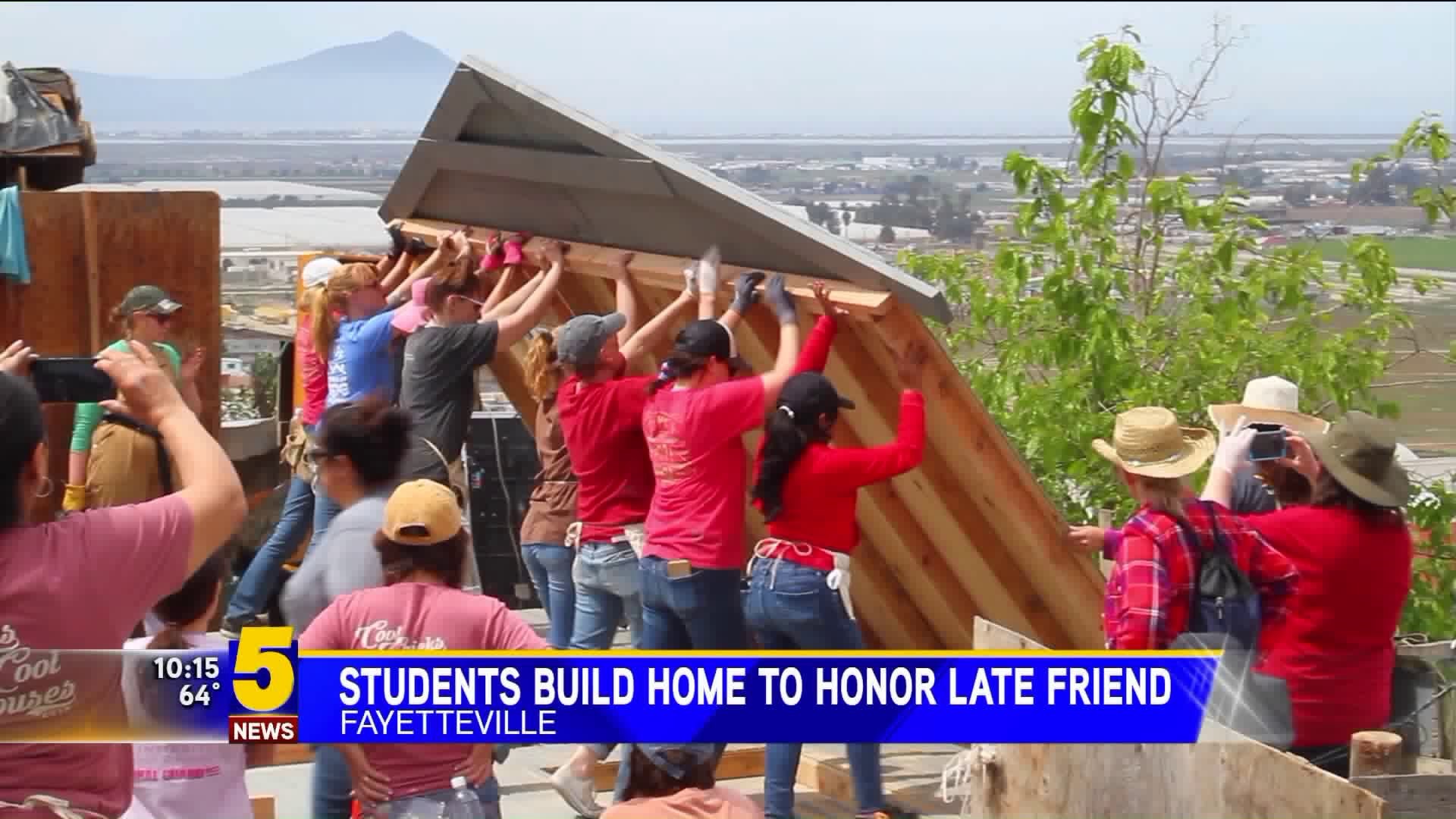 FAYETTEVILLE (KFSM) -- Two Fayetteville High School seniors go to Mexico to build a home, for a single mother, to honor the memory of their friend.

During spring break Jordan Cook and Bekah Smith did this to honor their friend, Olivia Ray, who  was killed outside of Baum Stadium after she was hit by a car in a crosswalk -- she was 10 at the time of her death.

Since then her mother, Jane Ray, came up with an idea to take women around the world to build homes for families in need and called it "Las Chulas."

This year she made sure her daughter's friends Jordan and Bekah  were there.

She says see those two girls spent their spring break doing something for others was remarkable.

"Did I ever think that could happen? It had always been kind of a hope, but it took a long time to get there," said Ray, "it was perfect because of that, and they [Jordan and Bekah] were the best people to hand those keys to that mom. I never had a hesitancy about that. It was always going to be them."

Ray said her daughter was intuitive and always helped others and that`s why she created this group to keep her daughter`s compassion alive.

The nonprofit has built homes in Honduras and Mexico, but are looking at other countries to build in.