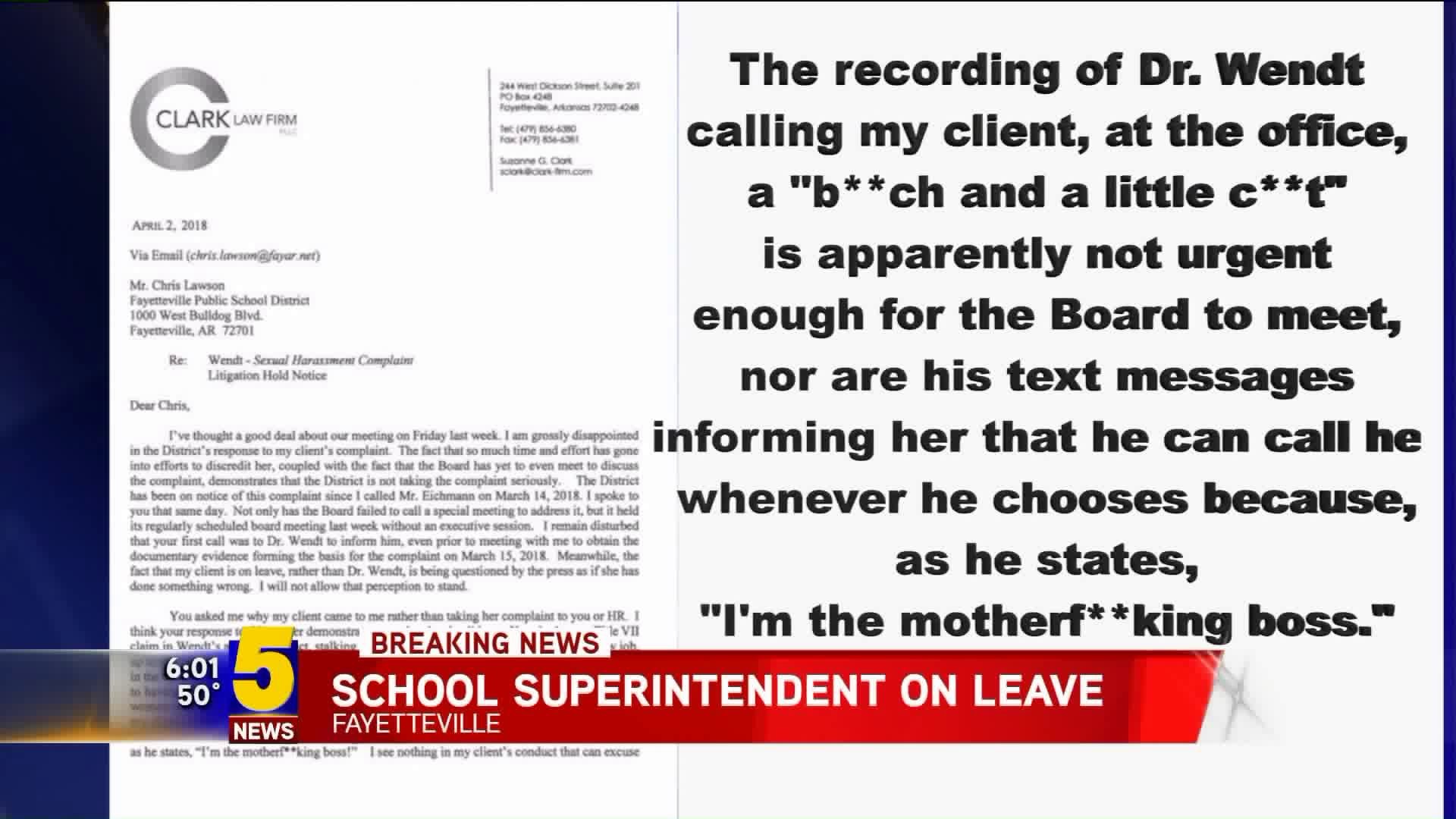 FAYETTEVILLE, Ark. (KFSM) -- Fayetteville Public Schools Superintendent Matthew Wendt is on paid leave from his duties pending a sexual harassment allegation against him, according to a statement released by the legal counsel for the  Fayetteville School Board.

"Colbert has been with the District for more than 30 years, and the Board is confident in Dr. Colbert’s ability to lead the District at this time," according to the statement.

A statement released Sunday, April 8, from the law firm Friday, Eldredge & Clark L.L.P., reads in part, "On Friday (April 6), Board President Justin Eichmann and Dr. Wendt discussed Dr. Wendt taking a leave from his duties pending the investigation and the Board's consideration of the results.  On Saturday (April 7) morning, Dr. Wendt notified Mr. Eichmann that, in the interest of the District and community, he agreed that would be best and is now on leave."

5NEWS obtained a copy of the attorney's letter that outlines the complaints against Wendt,  the harassment allegation involves a female employee at the district  who claims Wendt threatened her job, stalked her home for refusing to have sex with him, called her a "b**ch and a little c**t at work, and texted messages saying he could call her whenever he wanted because, "'I'm the motherf**kig boss.'"

Statement In Re_ Dr. Matthew Wendt (1)