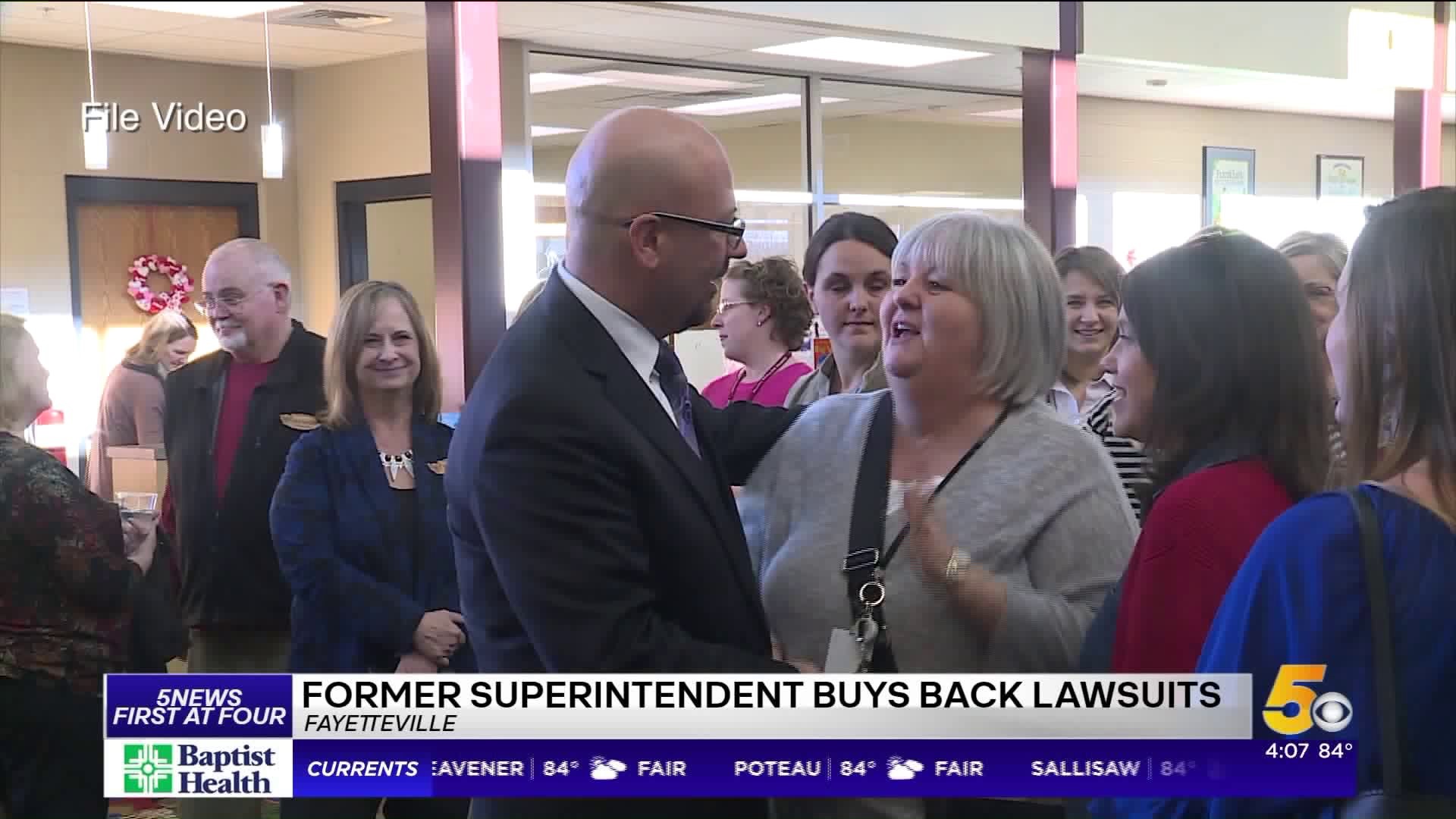 FAYETTEVILLE, Ark. (KFSM) — Former Fayetteville School Superintendent Matthew Wendt claims the school district is trying to buy the rights to two lawsuits he filed, that were later dismissed by a judge.

The lawsuits are up for auction in Dr. Wendt’s recent bankruptcy, according to his attorney Travis Story. Dr. Wendt and the Fayetteville School District will have a live auction via telephone 1 p.m. Monday.

The highest bidder takes control of the lawsuits, according to Story.

The two lawsuits stem from a sex scandal between Dr. Wendt and female staff member Shaye Lynn Newman that ultimately led to Wendt being fired from the district last year.

One of the lawsuits up for auction Wendt filed against the school district, claiming wrongful termination and was asking for $1.5 million or reinstatement.

That lawsuit argues the district’s internal investigation found “no basis” that he sexually harassed district employee Shae Lynn Newman, according to court documents.

Wendt was fired on June 18, 2018, for breach of contract for derogatory comments against a fellow employee violating district policy, according to Susan Kendall, attorney for the School Board. Not for sexual harassment.

A Washington County judge threw out the lawsuit in March of 2019.

The other lawsuit up for auction Monday Wendt filed against Newman for defamation of character. The lawsuit was also dismissed by a judge.

Under Arkansas Law Wendt could refile the lawsuits up to one year from the time they were originally filed.

If Wendt regains control of those lawsuits, he could refile. If the district takes over ownership, Wendt would not be able to take the issue back to court.

The bankruptcy will liquidate Wendt’s assets with the money to be distributed to unsecured creditors.

His estate includes both lawsuits, just like any of Wendt's possessions the lawsuits are up for auction.

His attorney, Travis Story, said the Fayetteville School District has made an online auction bid of nearly $50,000 to take control of the lawsuits.

Wendt had put in bids as well to regain control of his lawsuits.

5NEWS reached out to the Fayetteville School District for comment on the matter and in regards to funds used in the bidding war.

5NEWS has asked the district to disclose the amount of taxpayer money or otherwise used to pay for the deductible on this insurance claim as well as premiums. The district says they need more time to comply with our request.