FAYETTEVILLE (KFSM) – After a unanimous 7-0 vote, the Fayetteville School Board has terminated Superintendent Matthew Wendt’s contract following a three-m... 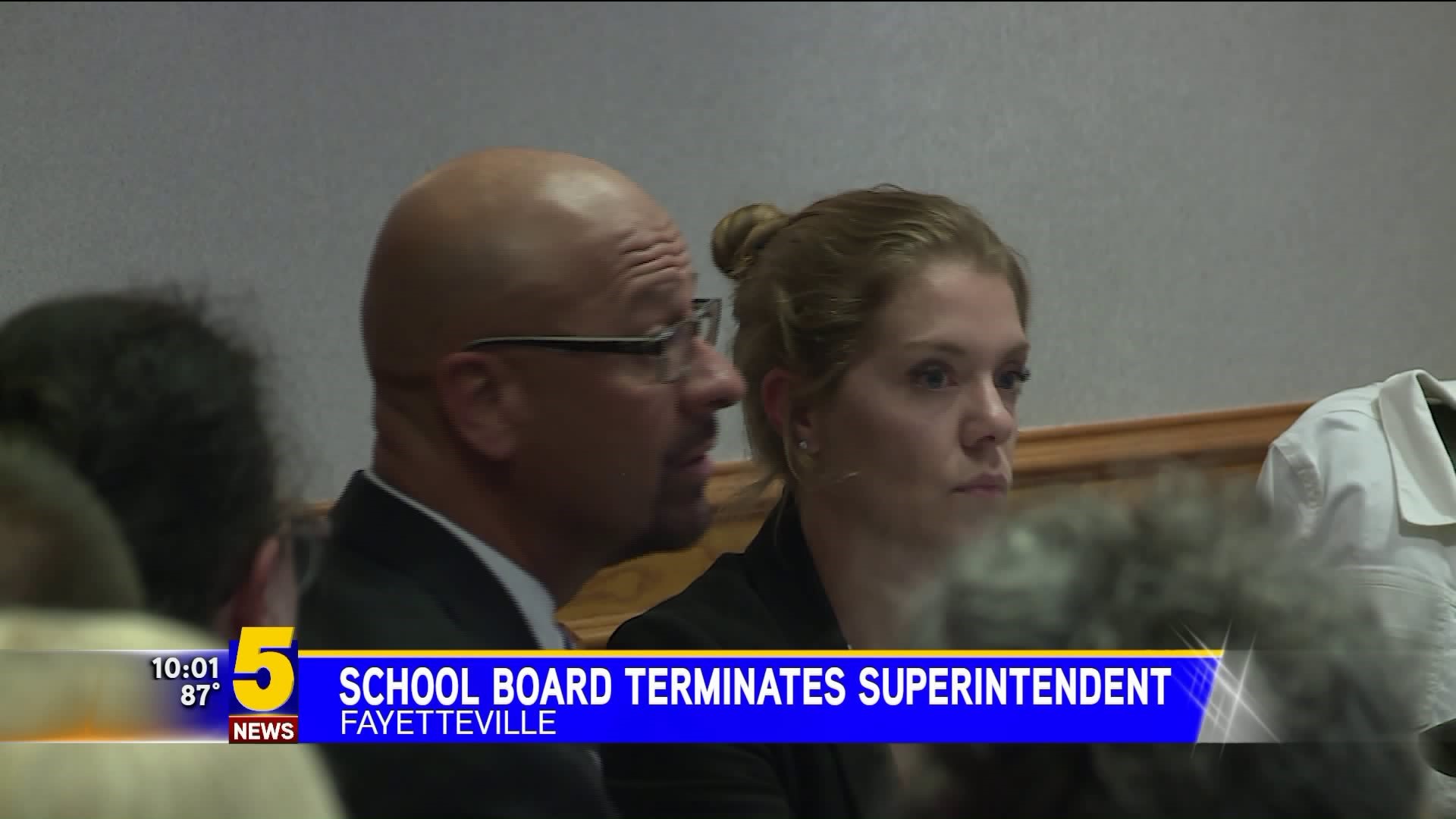 FAYETTEVILLE (KFSM) – After a unanimous 7-0 vote, the Fayetteville School Board has terminated Superintendent Matthew Wendt's contract following a three-month investigation into allegations of sexual harassment.

The board met in a public hearing Monday (June 18) to discuss the personnel matter.

The claims against Wendt came to light in March. He was placed on paid leave in April pending the outcome of the investigation.

A charge of sexual harassment with the Equal Employment Opportunity Commission was filed on May 25 against the school district and the board based on Wendt’s conduct.

The law firm representing the woman accusing Wendt of harassment released the complaint in a news release on June 14.

Wendt was present at the hearing, but stepped out ahead of the school boards decision.

The attorney for the woman who filed the sexual harassment said "I know that she (her client) is delighted Dr. Wendt has been terminated. It's been a very difficult process. Getting here has taken too long and been a little too painful."

The woman claims she and Wendt had a sexual relationship because she felt she could not say no due to his position.

"She had to get to a place where she was in such pain over it that she really didn't have other choice. I'm proud of her for her courage in coming forward in the way that she did", the women's attorney said.

Wendt was hired as the Fayetteville Schools Superintendent in 2016, and his contract ran through 2021.

Dr. John L. Colbert, the Associate Superintendent, has filled his role since Wendt was placed on paid leave in April.

“Every employee of the district, including the Superintendent, is subject to district policies. Likewise, the due process and protections afforded to every district employee must be observed in all instances.  For these reasons, the district conducted this process as it would for any employee.  The protection of employee confidentiality and the provision of due process with regard to employment discipline are required by our policies and by law.

“Throughout such a process, while the district maintains confidentiality in order to protect the rights of employees, there can be wandering speculation that may be damaging to certain individuals who, through absolutely no fault of their own, then become a target.  Such speculation is wrong and harmful, and there must be a basic level of decency and respect afforded to any person who is a bystander to this matter.

“The Fayetteville School District expects, and will continue to expect, that our district workplace is a safe, appropriate, and professional environment for all employees at all times.   In the near future, we will focus our efforts to make sure that this expectation is a top priority from top to bottom throughout the district.   We will work with the community and engage our stakeholders to ensure trust.

“While this matter has required the board’s attention for these past few months, we are gratified that the teachers, staff, students, and school board of Fayetteville Public Schools continued forward to a very successful conclusion of the school year.  The important work of this district is going to continue in earnest this summer, and we are looking forward to working with Dr. Colbert, the administration, teachers, and staff to provide for a strong start to the upcoming new school year.”