FAYETTEVILLE (KFSM) — The Fayetteville School Board will convene for a regular meeting tonight, but noticeably absent from the agenda is discussion about ... 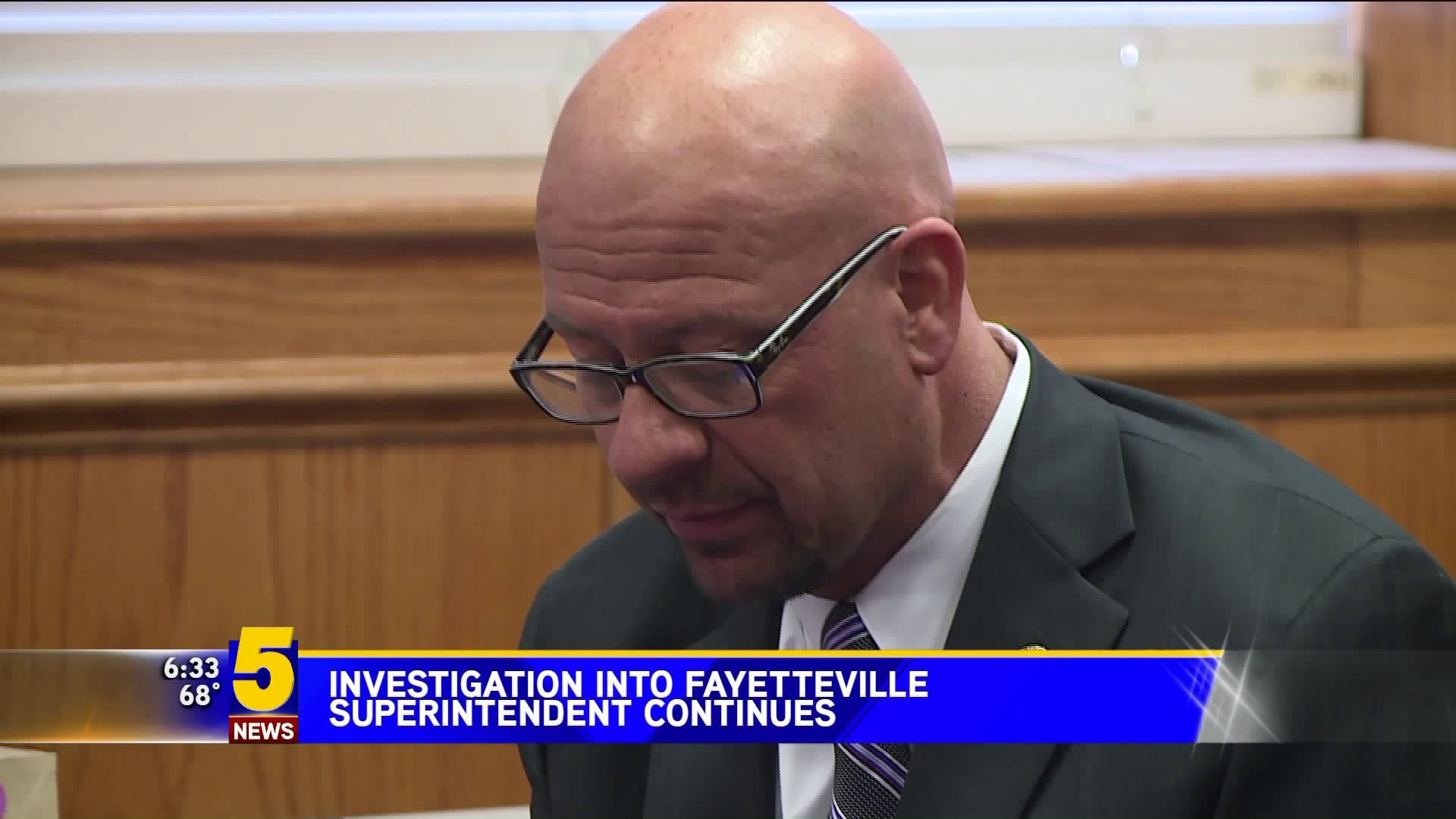 FAYETTEVILLE (KFSM) -- The Fayetteville School Board will convene for a regular meeting tonight, but noticeably absent from the agenda is discussion about the allegations against the superintendent and any change in the status of the investigation.

It has been more than two months since an investigation began looking into the sexual harassment allegations against Fayetteville Public Schools Superintendent Dr. Matthew Wendt. That investigation hasn't formally been addressed in a month.

One issue is the lack of protocol for removing superintendents. The Arkansas Fair Teacher Dismissal Act says that investigations into teacher complaints can take 50-60 days.

That time frame has passed in this investigation.

After the claims against Wendt came to light, school board members hired Rogers attorney Susan Keller Kendall to investigate. Wendt was placed on paid leave during that investigation, and he remains on paid leave today.

The woman bringing the accusations against Wendt also hired a lawyer, according to a Fayetteville school board member. Her lawyer, Suzanne G. Clark of Fayetteville, claims her client experienced unwanted sexual conduct and threats by Wendt.

Tonight's agenda doesn't suggest that Wendt's status or the investigation will be addressed, but that could change.