FAYETTEVILLE, Ark. (KFSM) — Locals allege a new music venue with a bar and restaurant in it has homophobic and racist owners, but one of the owners says that... 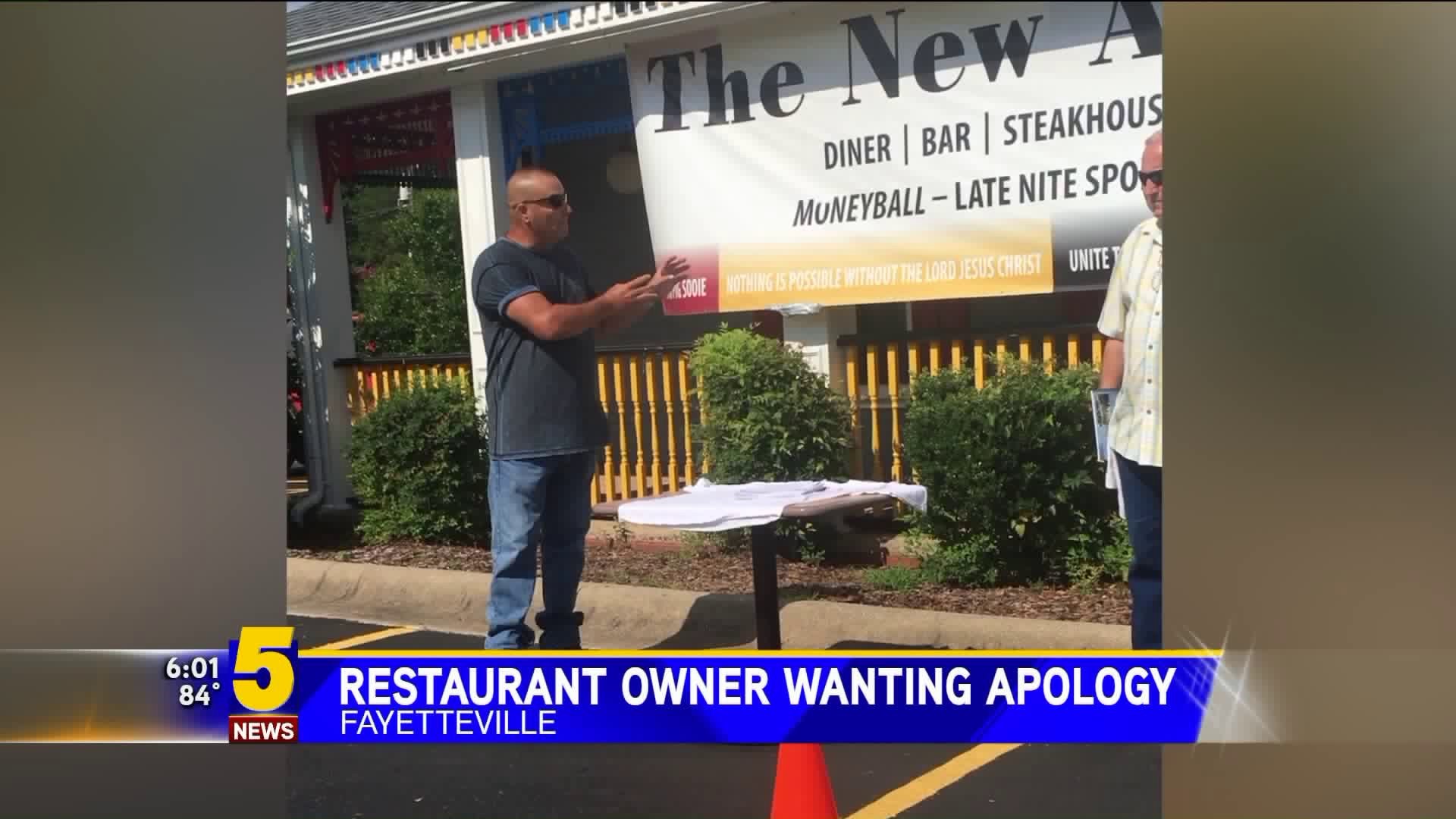 FAYETTEVILLE, Ark. (KFSM) — Locals allege a new music venue with a bar and restaurant in it has homophobic and racist owners, but one of the owners says that's not true and he's having trouble opening his business because of the accusations.

Monday (July 1) Paul Dunn who is the co-owner of "The New American" stood outside the unopened restaurant telling people why it isn't open for business and how he is upset and wants an apology from members of the community who have criticized the restaurant he was hoping to open.

“It was very wrong, very wrong for the LGBT community and the liberal community to attack me and my business and violate our constitutional right to free enterprise just because they don't either agree with a political view or with these values,” Dunn said.

Dunn says this all started after an article was published on a local lifestyle website about his restaurant and then on a Facebook group. He says the values of his restaurant are the same values the President is trying to reinstall into America. He said everyone would be welcome at his restaurant.

Elaine Jackson was one of the people who showed up to listen to Dunn because she was curious to hear what he had to say.

“I think the fact that the owner was demanding an apology from the liberal and the LBGTQ communities today for why his business did not open says it all as to why I don't think this is what Fayetteville needs,” Jackson said.

Dunn says because of the hate, investors wouldn't commit to helping finish the restaurant. He said they have already put in $140,000 into renovating the restaurant.

“If the LGBT community and the liberal community do not apologize by August 13th, I'll see them on the dark side of the moon,” Dunn said.

Dunn was referring to a Pink Floyd album, but wouldn't elaborate on how it relates to the situation. He says unless he gets some investors, it’s likely "The New American" will never open to the public.

Dunn says another delay was after the fire marshal found problems in the fire suppression system that were never finished, and he had to spend even more money to fix the problem.

Below is the written statement from Paul Dunn: