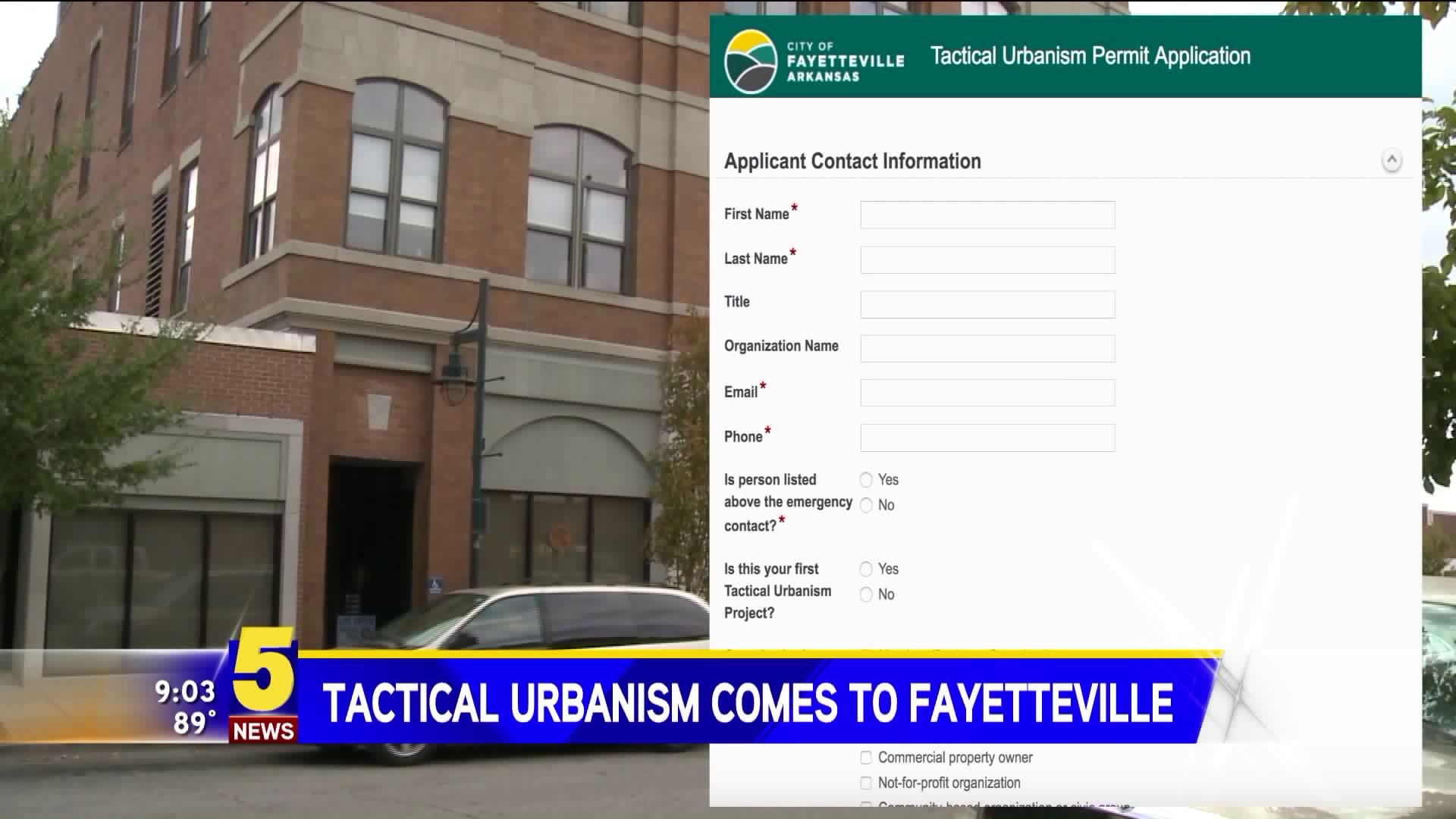 City Engineer Chris Brown said before people were making changes illegally, but this new permit will change that.

It will also give the city the opportunity to try out changes to areas like intersections and neighborhood roads before committing to a more permanent and costly change.

Each project will be led by the resident who applied for the permit.

One of these projects will begin Sunday.

Michael Ward travels the intersection of Church Street and Center Street often both on foot and in a vehicle.

His tactical urbanism project will make changes to this part of town in a few ways.

He plans to paint crosswalks in the area, widen the curb to provide a barrier between cars and pedestrians and will also change the lane space to slow cars down.

“It’s an unsafe intersection and I commend the city in fact for creating ways to prioritize pedestrian safety," Ward said. "That really is the most important thing.”

He said he has not seen anyone get hit by a car nor has he seen any close calls.

One thing Ward has noticed though is that many look the same way.

“What I see is confusion about who is crossing where and when at what part especially on Saturdays during the Farmer’s Market," Ward said. "There are hundreds of people crossing this street, there are cars trying to go by. The risk is not to the car, the risk is to the person crossing the street.”

Brown said this is still a very new project and the city is finally comfortable with their approval process and permit.

After a workshop discussing tactical urbanism, he said about six different groups showed interest in the idea.

Of those six, only two permits were approved.

Anyone interested in applying for this permit with an idea of their own can go to Fayetteville's website.