A Fayetteville principal apologized Monday (June 2) night to parents after waiting two to three hours before reporting a bomb threat last month at a local schoo... 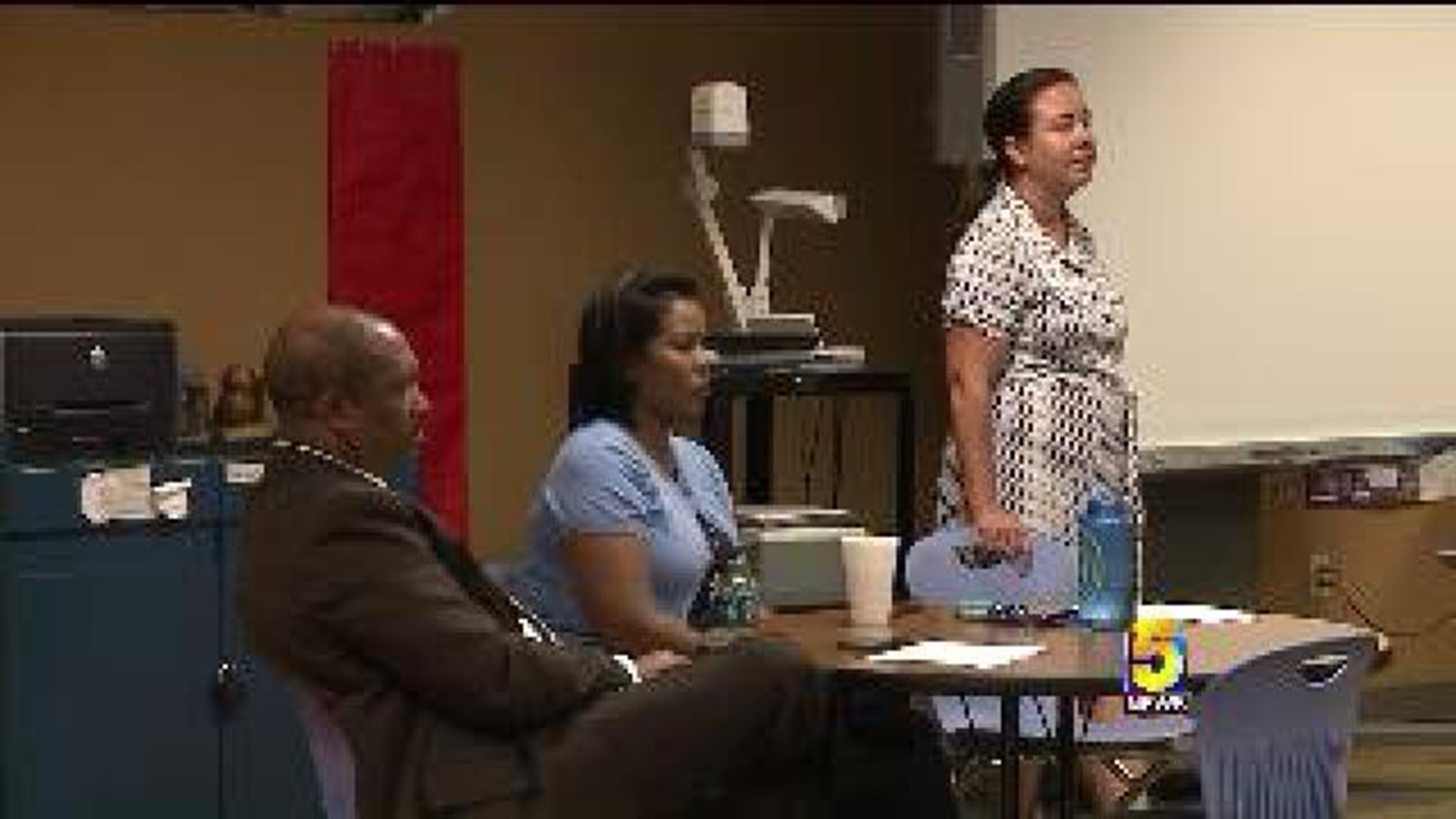 A Fayetteville principal apologized Monday (June 2) night to parents after waiting two to three hours before reporting a bomb threat last month at a local school.

Washington Elementary School Principal Ashley McLarty told parents at a Parent-Teacher Organization meeting she was sorry for the delay in reporting the bomb threat.

"I have a daughter that attends school here, and so I want all kids here to feel safe," she said. "Do I feel bad? I feel reflective and I would do things differently knowing all of the things that need to take place."

McLarty also told parents at the meeting she will attend a June 16 crisis session hosted by the Fayetteville School District.

"Schools will come together to talk about their individual policies and share things that they have learned and what they are thinking about doing," said Alan Wilbourn, Fayetteville School District spokesman.

A bomb threat was discovered May 9 written on a Washington Elementary School boys’ bathroom wall. The threat was photographed with a cell phone, then washed off of the wall, said Wilbourn.

McLarty told those at the PTO meeting she would show the photograph of the threat to anyone who asked to look at it. She showed the cell phone picture to some parents at the meeting, but school district administrators would not allow the media to see it because of an ongoing investigation, school officials said.

A police report states the threat said, "I'm going to blow this place up."

Wilbourn said McLarty and an assistant principal conducted an internal investigation and decided two to three hours later to report the incident to school district administrators. Those administrators then contacted police.

School officials decided to address the issue Monday night in a PTO meeting to hear concerns from parents about the incident.

Melissa Werner has a son in first grade at Washington Elementary School.

"I want my son to know it was serious and that it's not okay to do these kind of things," Werner said. "He is very literal and wants to know exactly what's going to happen. I want him to know about the seriousness of these things."

Werner said she is happy McLarty and other staff members at the school will be attending the crisis session this month.

"In general, the protocols are always changing, so I'm glad she is attending this training and that all of the other faculty staff or relevant personnel are going to be attending," she said.

Moving forward, McLarty said the school will now view every piece of graffiti that includes language concerning the safety of students and staff as a threat, whereas before, it was viewed as a disciplinary issue.