FAYETTEVILLE, Ark. (KFSM) — UPDATE: The suspect, Richard Heath Varnell, 42, has been arrested. He will be in court Monday (April 22) for various charges, includ... 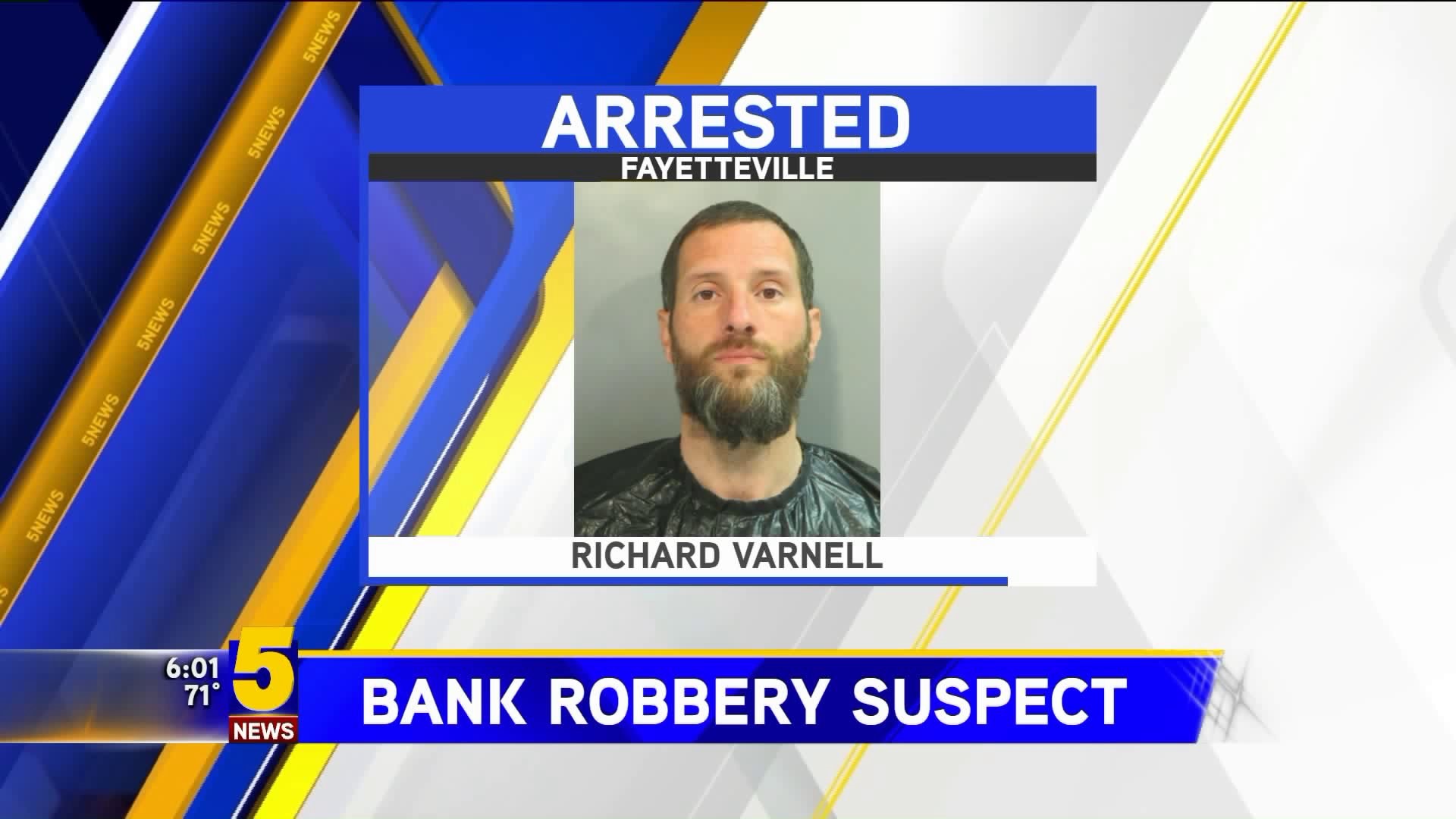 He will be in court Monday (April 22) for various charges, including aggravated robbery, shoplifting and possession of controlled substance.

Varnell was caught on Walmart security cameras stealing pants and was wearing those pants during the time of the robbery.

Multiple citizen tips led police to Varnell, who was located next to a building on N. Shiloh Dr. in Fayetteville.

Police found cash that was close to the amount taken from the bank on Varnell. They also found 2 ounces of marijuana, two glass pipes and a bus ticket to leave town. A black semi-automatic pistol was found near Varnell as well.

Varnell admitted to shoplifting a backpack and a pair of socks but denied being at Centennial Bank. Police said Varnell stated he had recently arrived from Colorado and was homeless.

Fayetteville Police responded to a report of a bank robbery on MLK Boulevard.

Police were called out to a report of an armed robbery at Centennial Bank, 3010 MLK Boulevard about 8:40 a.m Friday (April 19). Several units were responding.

The suspect was described as a white male in his 20s, about 6 feet tall and 150 pounds, wearing a black jacket and blue pants with a blue stripe down the side, said Sgt. Anthony Murphy with the Fayetteville Police. The man had a black handgun that he used in the robbery. He fled on foot, police said. The man took an undisclosed amount of cash, Murphy said.

Fayetteville Police, Washington County Sheriff's deputies and the Arkansas State Police responded to the scene. Murphy said members of the FBI were in town and also responded.

This is the second robbery at the bank in the last five months. On December 7, 2018, police were called to the bank after an armed man in dark clothing robbed the bank with a handgun and stole an undisclosed amount of cash. That man has yet to be caught.