Little Rock Police confirmed Monday (April 15) that Officer Jeffery Harris had been ‘relieved’ of his duties and an internal investigation has been ... 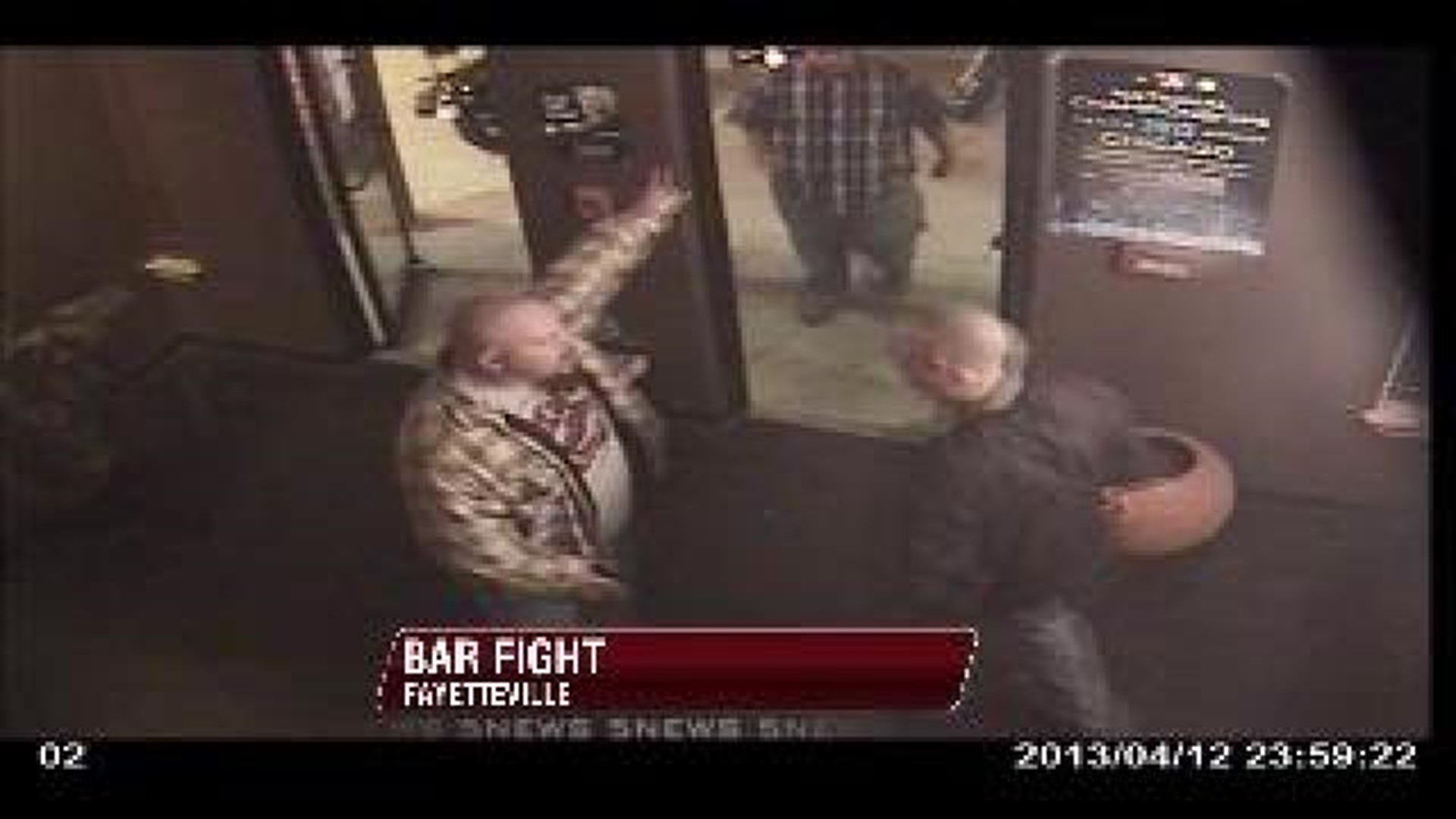 Little Rock Police confirmed Monday (April 15) that Officer Jeffery Harris had been 'relieved' of his duties and an internal investigation has been launched into a disturbance at a local bar.

Frederick has been with the Prairie Grove Police Department for two years.

LRPD and the Fayetteville Police Department are investigating a disturbance at Billy’s Pool Hall  in Fayetteville that involved the two off-duty police officers Friday night (April 12).

Harris allegedly pulled a gun during the incident, according to Little Rock Police. He has been with the department since Nov. 2011. LRPD says Harris has not been fired, "only relieved of duty."

Prairie Grove Police Chief Carl Dorman says state law allows an off-duty officer to carry a gun into a business, but their policy states the officers can't be publicly intoxicated.

“As far as them carrying a gun, a lot of people go out to dinner and might have one drink and so we don’t have a policy firmly stating that you won’t have a gun if you’re going to be drinking,” he said. “Our policy is that you won’t go out and violate the law.”

Adam Morano, the manager at Billy's Pool Hall, said the incident happened after the bar owner's son asked a visitor to leave because he and two friends had been causing problems with a group of regulars called the Polecats, who were participating in the bar's Karaoke night.

"He told them, basically, 'Hey, stop being knuckleheads,'" Morano said.

In a video Morano sent to KFSM, the pushing and grabbing escalated until the man fell backward against a table and onto the floor. Morano, seen close to the camera when the pushing and shoving began, said he ran over and got on top of the customer to restrain him.

Morano said he pulled at the hands of the man he was on top of to make sure he didn't have a gun before realizing that one of the man's friends had a handgun out. In the video, a man can be seen waving a gun in the air and then holding it with two hands as he pointed it at Morano and others, including the Polecats group, identifiable by the biker-style leather jackets they are wearing.

"The second guy pulled a gun and was wielding it wildly," Morano said. "He was obviously intoxicated, out of control."

In the video, the man alternates between pointing the gun in the air and pointing it around the room, sometimes with a two-handed grip. He also appears to be pushing the other man, who had fallen in the original melee, out of the camera frame.

The video shows the first man and a third man leave the building briefly before returning. The first man has what appears to be a handgun when the three men stand under the camera in front of two open doors.

Fayetteville officers responded to Billy's Pool Hall on the 900 block of South Razorback Road after they received a report of an armed man at approximately 11:58 p.m. The statement said Fayetteville officers determined that the two off-duty officers had been involved in a disturbance and then displayed their weapons.

The statement did not specify if the disturbance was between the off-duty officers or if others were involved, but Fayetteville police did say that alcohol was involved.

The police statement said there were conflicting versions of what had happened so officers obtained the video from the establishment. The investigation was handed over to the Fayetteville CID, the statement said. 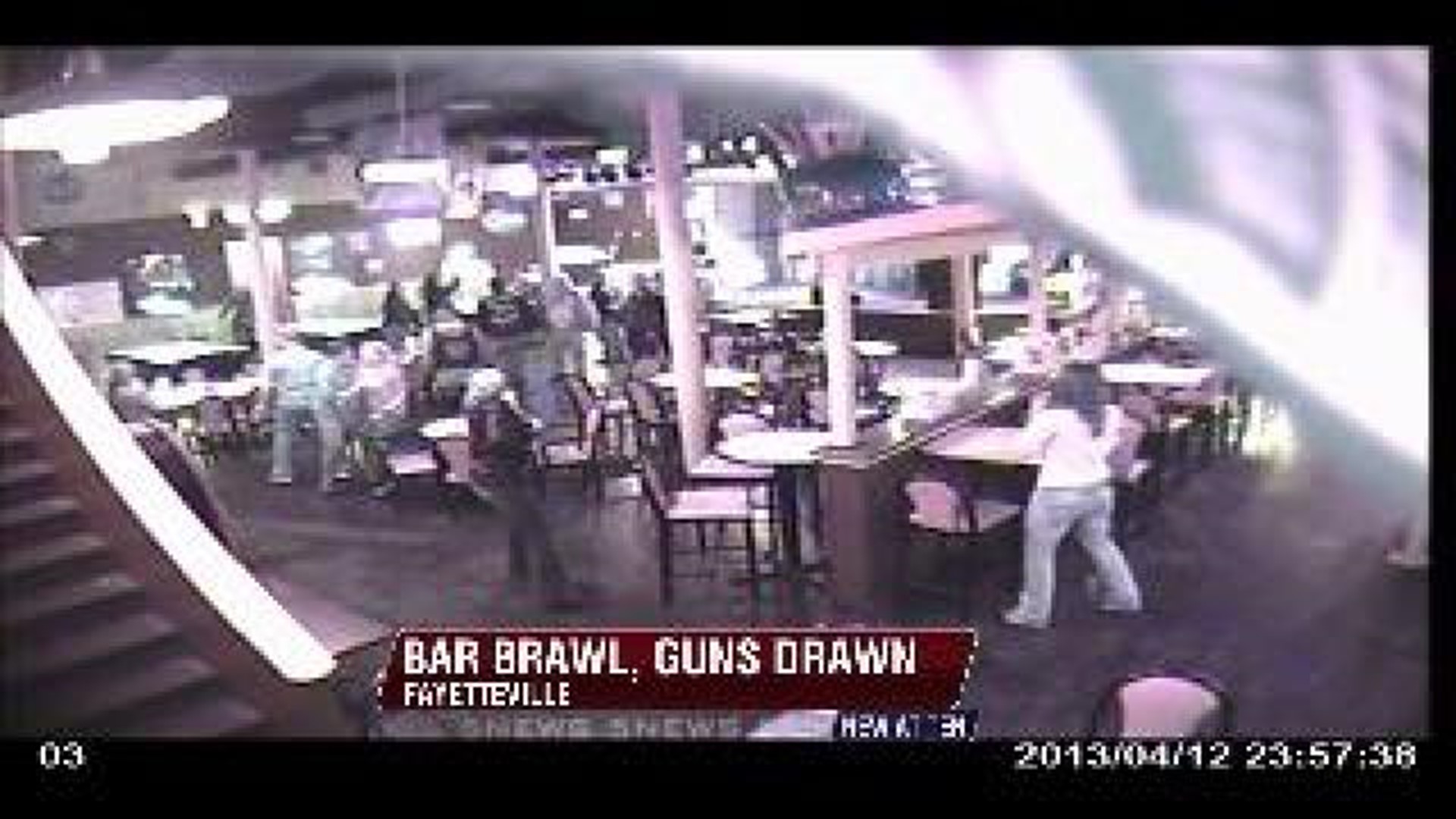