If you’ve driven through north Fayetteville recently, you’ve probably noticed some serious construction going on in the area. Police are now sitting... 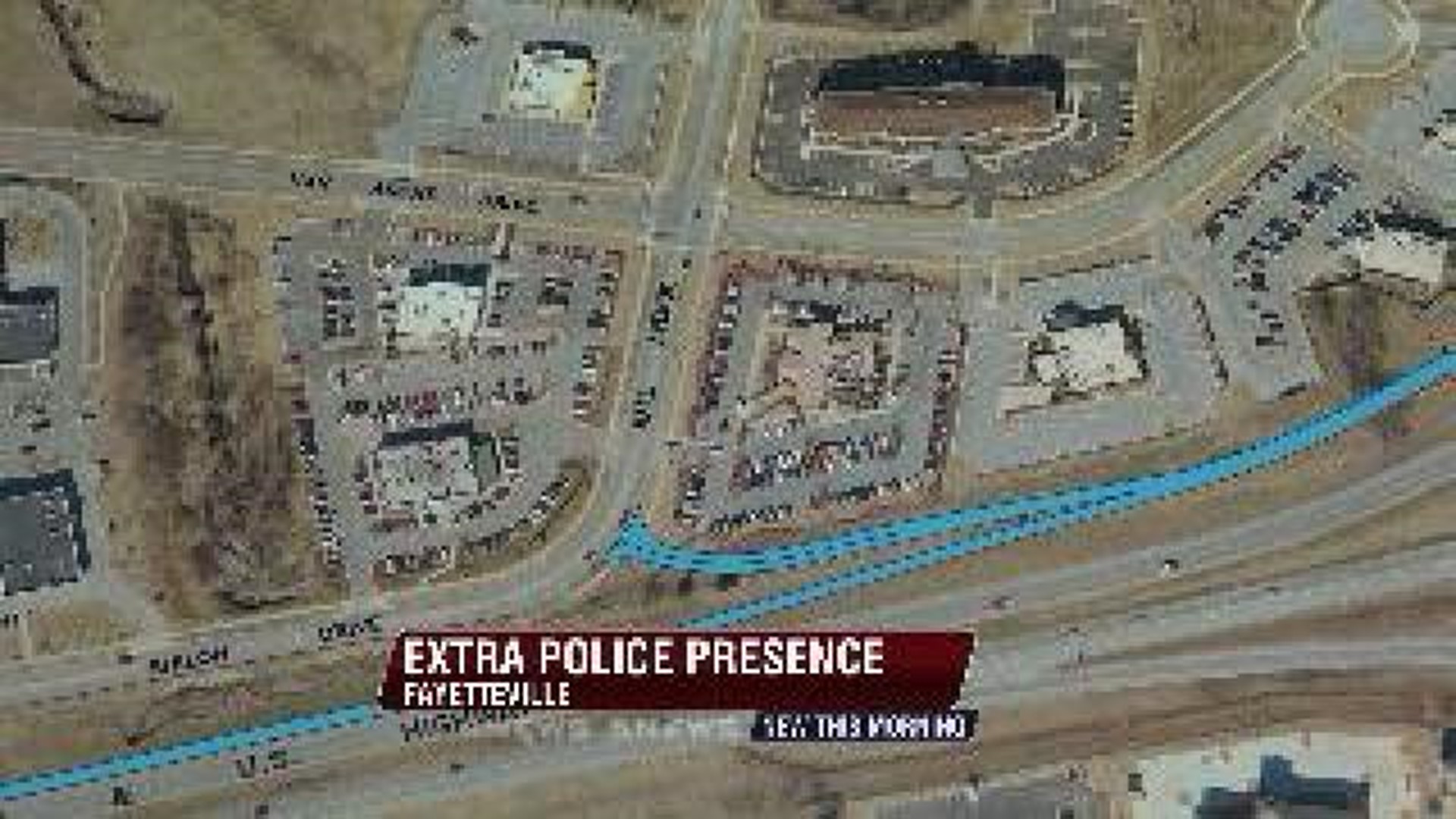 If you've driven through north Fayetteville recently, you've probably noticed some serious construction going on in the area. Police are now sitting in that construction zone, looking to ticket people who are breaking the law.

The Fayetteville Police Department is out in full force, working to cut back on the number of accidents in the construction zone.

Sgt. Craig Stout with the Fayetteville Police Department said officers are working the area around North College Avenue near the Fulbright Expressway Interchange, pulling over anyone who commits a traffic violation.

"We are trying to get people to really slow down in that construction zone, we have identified this area as a real problem,” Stout said. “It's close to one of our major intersections, Joyce Blvd. and College Ave. Plus, with construction going on it makes for a dangerous situation."

He wants to keep construction workers out of danger as they build the new flyover bridge.

"It's a great idea, I mean public safety is one of their primary responsibilities, so if they think they need to do it, I'm all for it," Eaton said.

The flyover bridge will provide an alternative way for drivers to get on the interstate from North College Avenue without having to make a U-turn at Joyce Boulevard.

"I avoid that U-turn. I don't go North College if I want to get on the interstate,” Eaton said. “There are a lot of other access areas, Wedington Drive is one, so that's what I do when I want to go north on 540."

Police are in both marked and unmarked cars, they're looking for people who are texting while driving, speeding, people fail to use their signal, and people who fail to yield.

The flyover bridge construction is expected to cost roughly $7 million, 80 percent of that will be covered by federal money, the rest by the City of Fayetteville.

For more information on the Fayetteville flyover bridge, click here.