FAYETTEVILLE, Ark. (KFSM) — Fayetteville police are still baffled after what seems like a heist straight out of a movie took place at a local Best Buy store. Th... 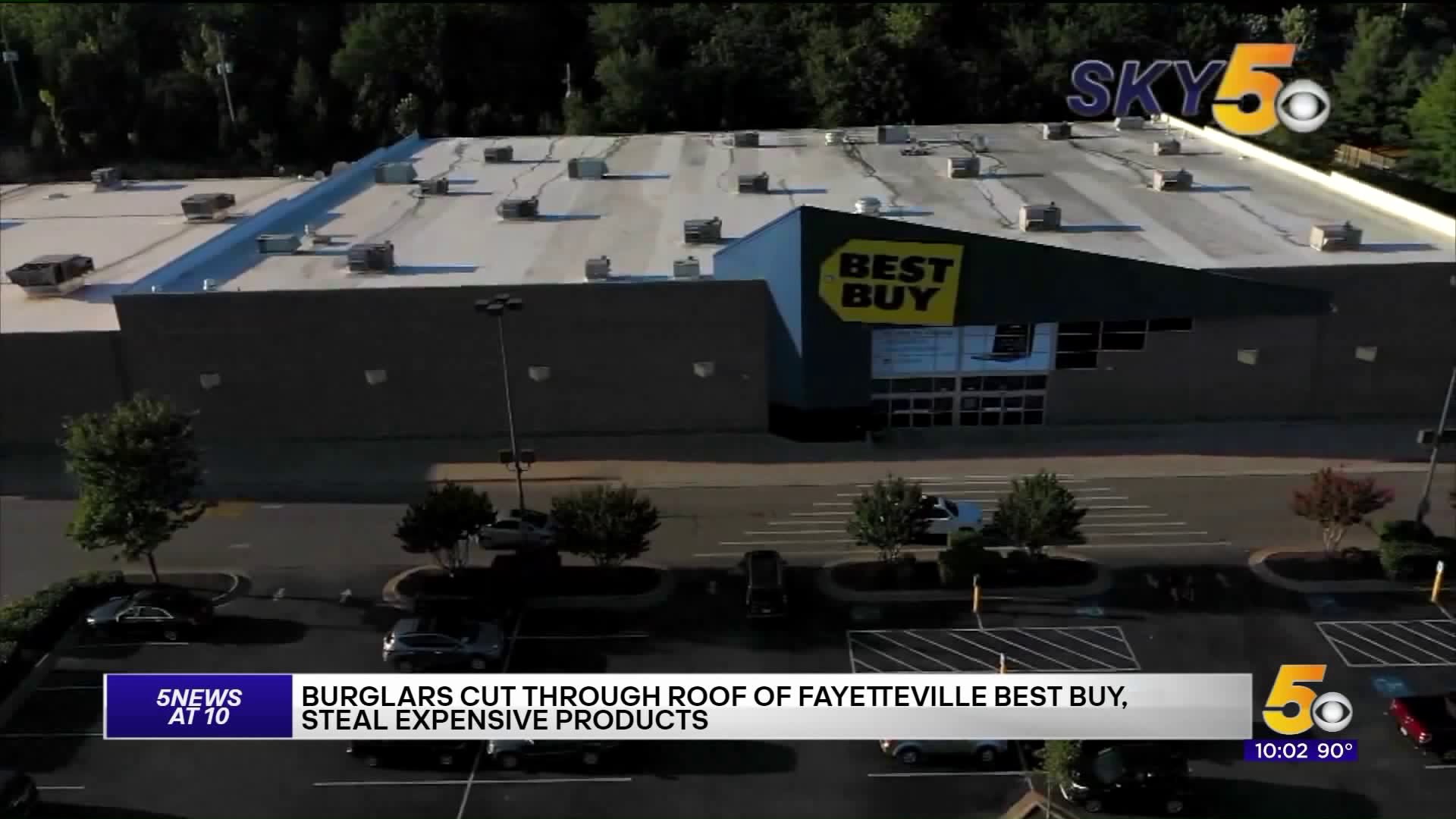 FAYETTEVILLE, Ark. (KFSM) — Fayetteville police are still baffled after what seems like a heist straight out of a movie took place at a local Best Buy store.

The burglary suspects cut a hole in the roof of the Best Buy on Joyce Blvd., rappelled down from the ceiling and escaped with thousands of dollars worth of merchandise.

"It was a lot of computer products some expensive equipment and a lot of it. There was a hole cut in the ceiling and they came down on ropes and stole a bunch of stuff," said Sgt. Anthony Murphy with the Fayetteville Police Department.

The hole in the roof of the Fayetteville store has since been patched up, but the thieves are still on the loose.

"The manner in which this was done leads up to believe that this somewhat of a well-experienced crew that did this," Murphy said.

The unusual case occurred on August 8. Murphy says that Best Buy employees knew immediately that something wasn't right when they got to work that morning.

"Once they were inside they noticed some things were out of place and there was a hole cut in the ceiling," Murphy said.

According to Sgt. Murphy, this break-in is similar to others around the country.

"We’ve seen other instances like this at Best Buys in the nation with the same kind of calling card where they came through the ceiling and stole the same type of products and stuff like that," Murphy said.

Stephanie Warner, a Best Buy customer, said she's surprised by the sophistication of the culprits.

"This is straight from like Spider Man. I cannot believe this is happening right here in our area," Warner said.

Police say no arrests have been made and they cannot say if there are any persons of interest at this time. It is also not known at this time if this burglary is tied to other Best Buy burglaries that have happened nationwide.

5NEWS reached out to Best Buy for a comment on the investigation but the company has not responded.