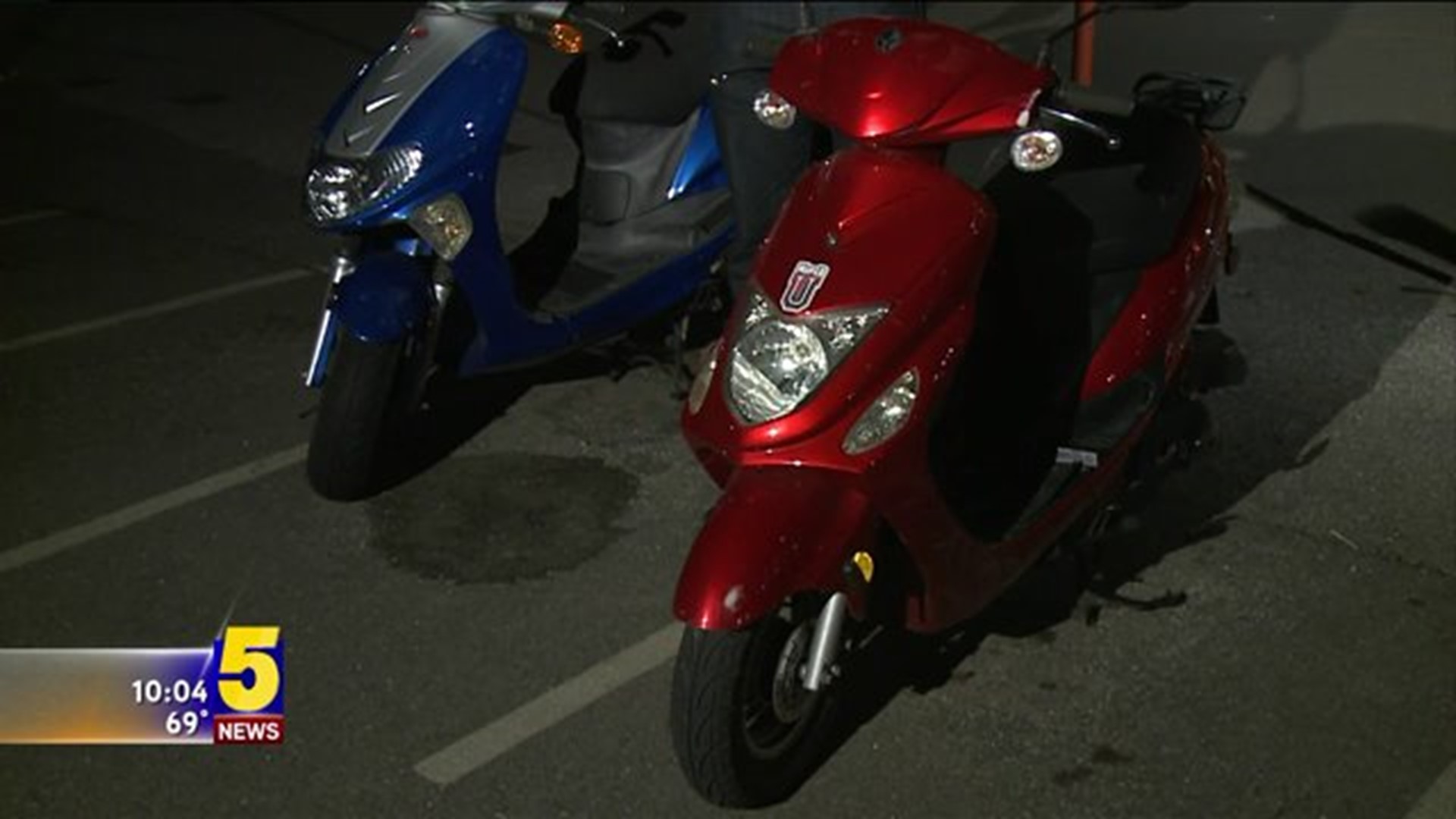 According to City Attorney Kit Williams, studies show the majority of accidents involving motor scooters are caused by scooter drivers, so the insurance would cover damage caused to the other vehicle in those situations.

Mike Lyman, manager of Moped-U in Fayetteville, said he's not sure the ordinance was necessary and is interested to see how effective the new law is.

"I'm not really sure how they're going to enforce it," he said.

Students at the University of Arkansas are divided. Some said the new ordinance may discourage students from driving scooters; others said many students will take the safer approach and get insurance.

Lyman said purchasing insurance on a motor scooter will still be less expensive than driving a car.

Arkansas law doesn't require drivers of motor scooters below 50 cc's to get a driver's license or to register their vehicles. The Fayetteville ordinance will not change that.

The ordinance goes into effect May 7.

The proposal for the ordinance was spurred by a driver who came to the city after his vehicle was damage by a scooter and the scooter owner didn't have insurance to cover the cost of the damage.