FAYETTEVILLE, Ark (KFSM) — Today the City of Fayetteville held a ribbon-cutting ceremony for the opening of two new lanes of traffic in the Rupple Road Improvem... 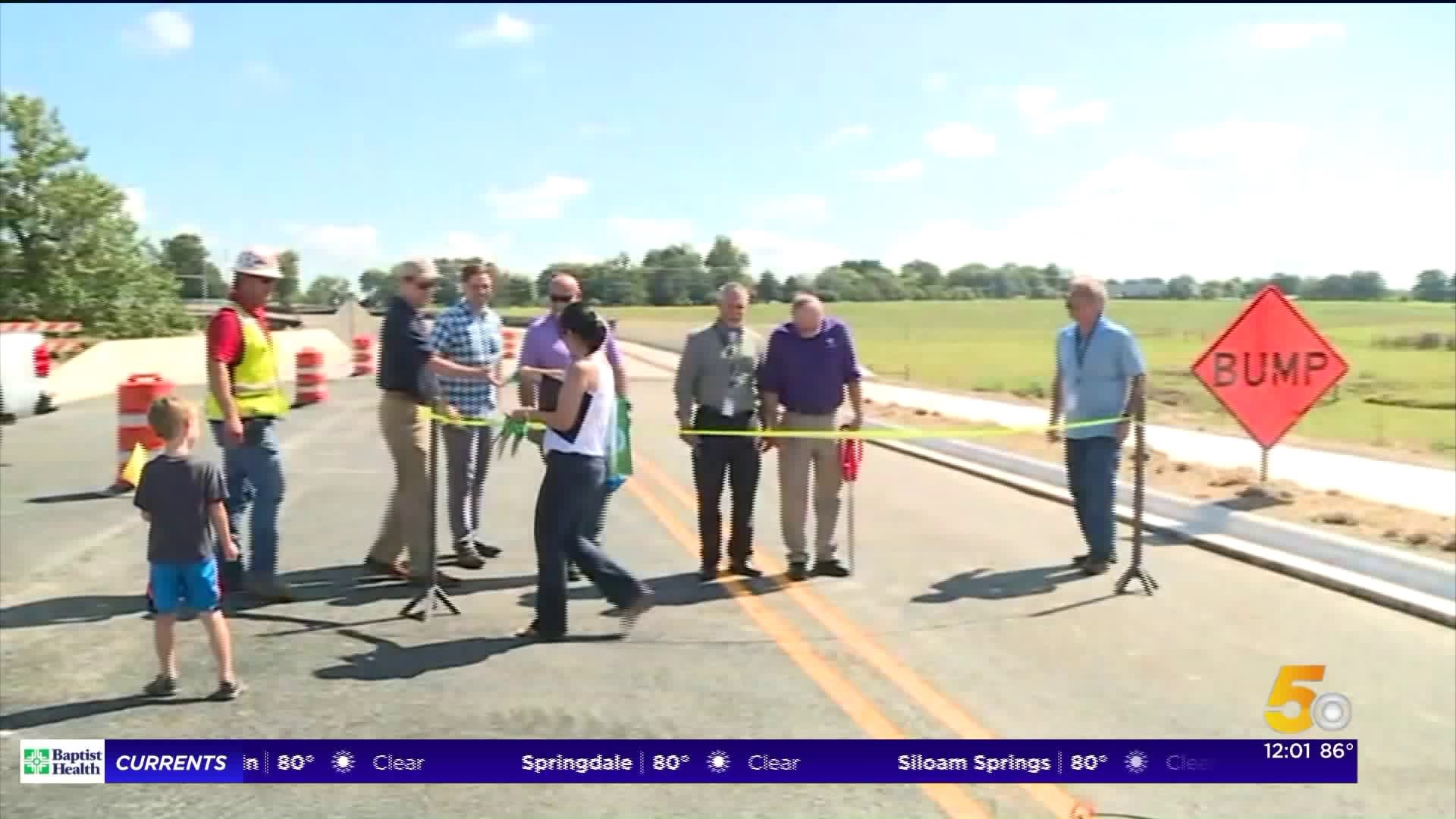 FAYETTEVILLE, Ark (KFSM) — Today the City of Fayetteville held a ribbon-cutting ceremony for the opening of two new lanes of traffic in the Rupple Road Improvement Project.

Construction of the road began about a year ago and officials have been planning more than four years before that.

Today two of the four new lanes opened at 1 p.m. The city's engineer, Chris Brown, said the project was necessary to improve the mediocre driving conditions that were previously available in this area.

"So what this project will do: we get a new location, a new bridge that will tie into the signalized intersection, allow for a lot more efficient left turns from Mount Comfort onto Rupple Road and really just create a much better facility for this section of Rupple," Brown said.

The new additions should eliminate the severe congestion at the Rupple Road and Mount Comfort Road intersection.

The project cost about $5 million, with the new bridge, Hamestring Creek Bridge, costing $2 million alone. 80% of the project was covered by federal aid and the other 20% was paid for by the city after Fayetteville residents approved a 2006 bond.

According to Brown, the process took longer because of the federal aid but it was "excellent and necessary to have."

The ribbon-cutting was to celebrate the completion of the first phase of the project. The southbound lanes are not finished yet, but Brown said the now operating lanes had to be opened in order to work on the rest. According to him, the entire project will be done in about a month.