FAYETTEVILLE (KFSM) – Two Fayetteville police officers will be honored Saturday (May 2) at the “Celebration of Our Heroes” banquet in Rogers. ... 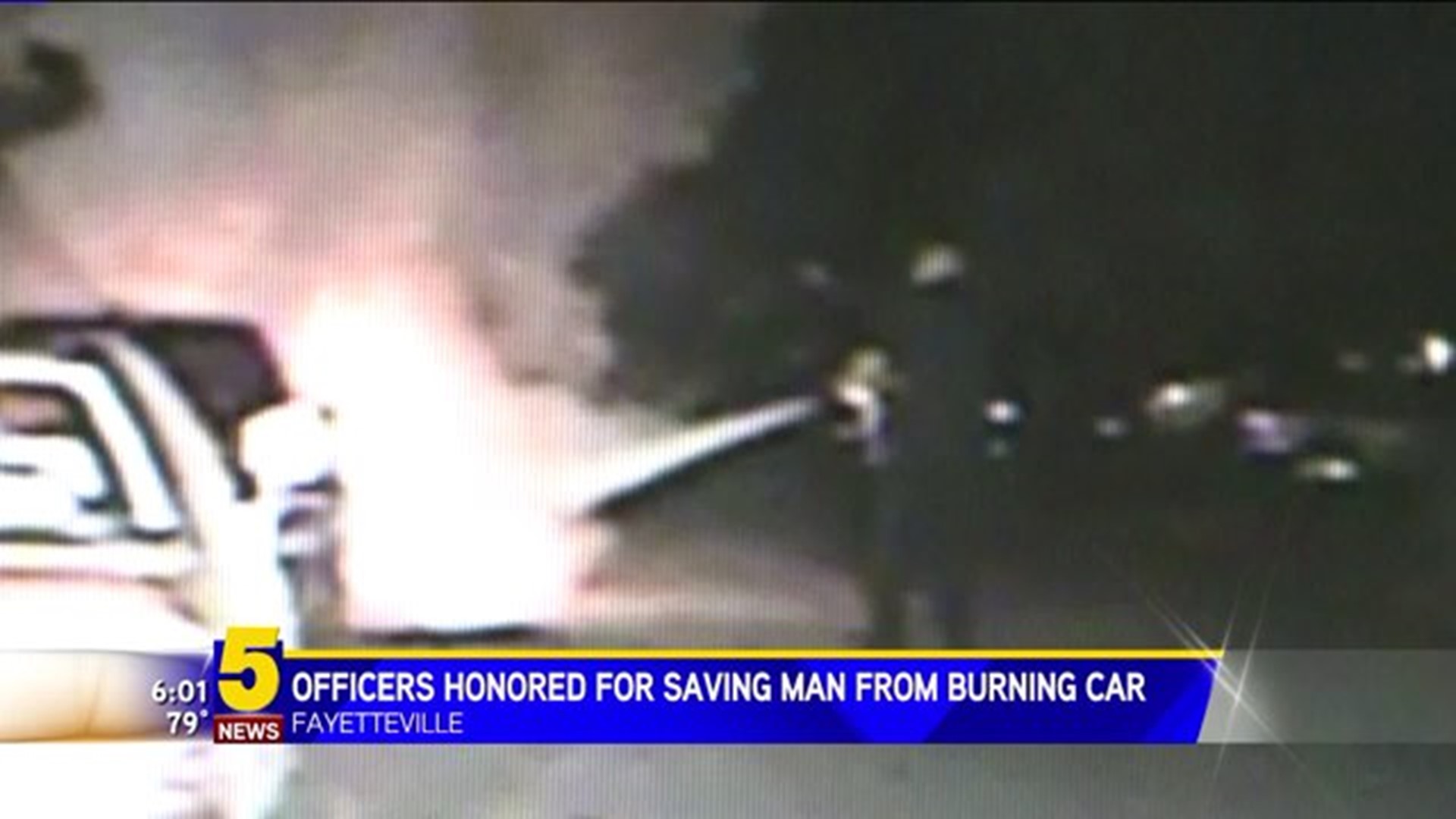 FAYETTEVILLE (KFSM) - Two Fayetteville police officers will be honored Saturday (May 2) at the "Celebration of Our Heroes" banquet in Rogers. They are credited with rescuing a man from a burning car in October of 2014.

"I turned the corner and saw the car on fire, and I got out and tried to put it out with the fire extinguisher which didn't work even a little bit," Hogan said.

He said he and his fellow officer realized someone was inside when the brake lights flashed. Hogan said after that, he didn't think twice.

"I opened the door which was unlocked luckily and his seatbelt wasn't on so those both really helped me, and I reached under both of his arms and was able to drag him out," Hogan said.

The three-year veteran of the Fayetteville police department said he didn't even consider waiting for the fire department to get there. Hogan said he has had prior experience with this type of situation. Hogan rescued someone from a burning home in May of 2013.

"I was just trying to get him out of there, I didn't worry about it at all until it was over, there's not time to wait on something like that," Hogan said.

He said the man, Timothy Marrs, had some minor injuries but was drunk and combative. He said Marrs started to fight him and Jehl.

5NEWS asked if Hogan considered himself a hero, and he said no.

"It was just what we do, anyone that works here would have done the same thing the same way," Hogan said.

The "Celebration of Our Hereos" banquet will happen Saturday (May 2) at the John Q. Hammond Center. The event is the Red Cross' main fundraising dinner for the year. The cost is $125 per person. Other locals being recognized are: