FAYETTEVILLE (KFSM) — Fayetteville has been named as the third best place to live in America, coming in behind Denver, Colorado and Austin, Texas in the 2... 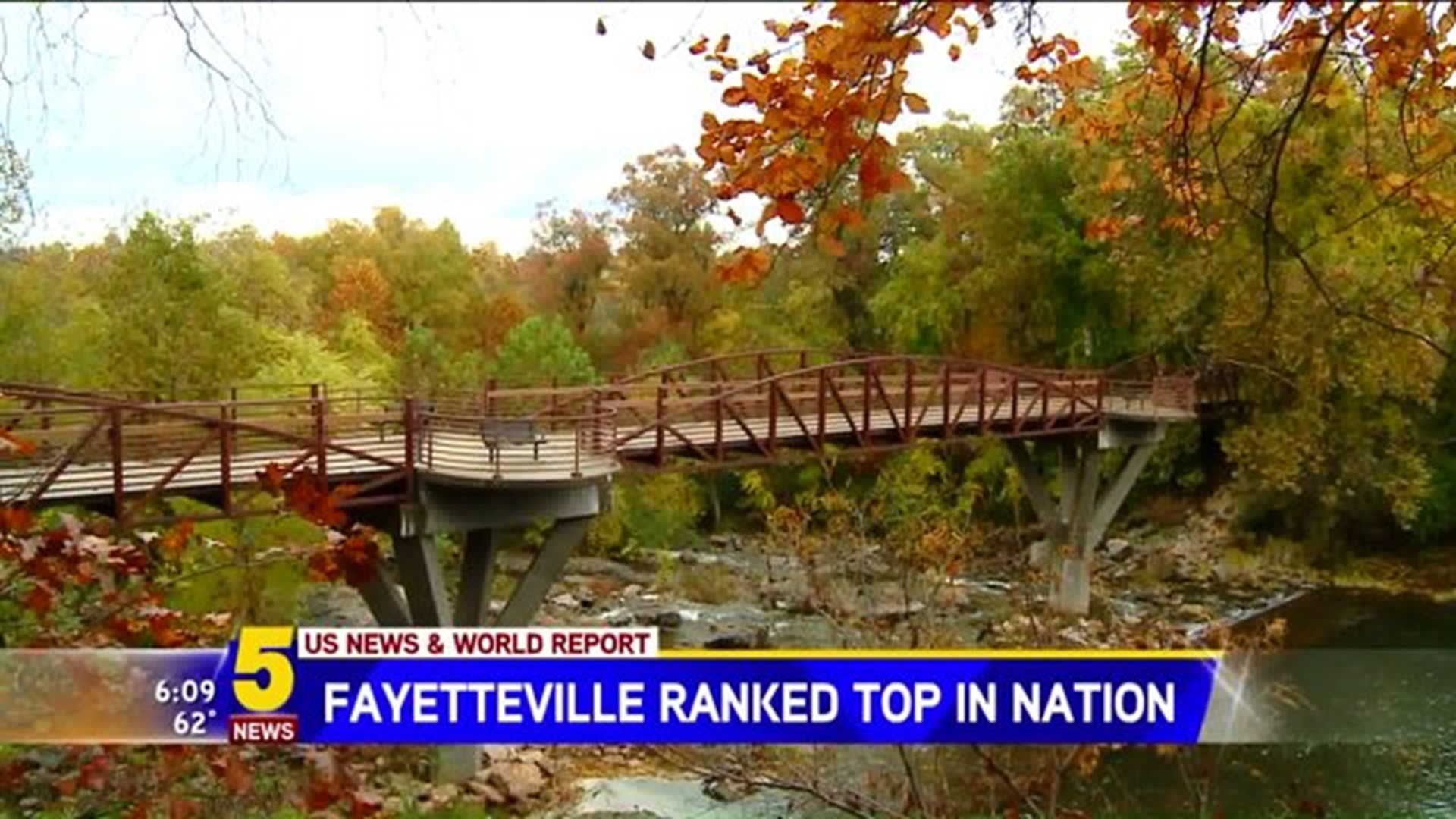 FAYETTEVILLE (KFSM) -- Fayetteville has been named as the third best place to live in America, coming in behind Denver, Colorado and Austin, Texas in the 2016 U.S. News Best Places To Live Rankings.

The rankings were released Wednesday morning (March 2) and were already creating a talk around town. Evelyn Sosa has lived in Fayetteville for 11 years. She said she feels like it's a progressive town that is centered around nature and family.

"I like that it's very community based and its very close-knit," Sosa said.

Kym Hughes with the Visitor's Bureau said it's no surprise Fayetteville is ranked so high. She said in 2015 alone, motel and hotel revenues were up 10% from the previous year--- proving that people are visiting, and then staying.

"This creates a buzz  that's circular, " Hughes said, "So we have visitors that become residents, residents that bring in other visitors and then folks that move back permanently."

Here's a look at the rest of the cities that made the top ten:

The following profile was written by local Rachel Gerner for U.S. News:

Located in a region that's experiencing drastic growth, Fayetteville – together with Bentonville, Rogers and Springdale – has transformed from a small town to a center of higher education, culture, commerce and entrepreneurialism. The area known as Northwest Arkansas is the birthplace of Wal-Mart, the headquarters of Tyson Foods and the home of the University of Arkansas, the flagship campus of the U of A system.

People from all over the world call Fayetteville home. Newcomers often comment on the friendliness of Fayetteville residents. People wave and smile at each other in the street, and community events are well-attended. With dozens of volunteer organizations and non-profits, there's an abundance of ways to get involved in the community.

Gerner also spoke with 5NEWS after the report was released.

"I just thought that was incredible, because I had all the data that showed that we are doing amazing things in our area in Northwest Arkansas," Gerner said, "But I don't think a lot of people realize that, so I was thrilled to see U.S. News and World Report also recognized that and ranked it as number 3."

The rankings are based on the following factors: desirability, value, job market, quality of life and net migration.