FAYETTEVILLE (KFSM) — A Fayetteville man accused of terrorizing a handful of businesses on College Avenue — all while nude — has pleaded not g... 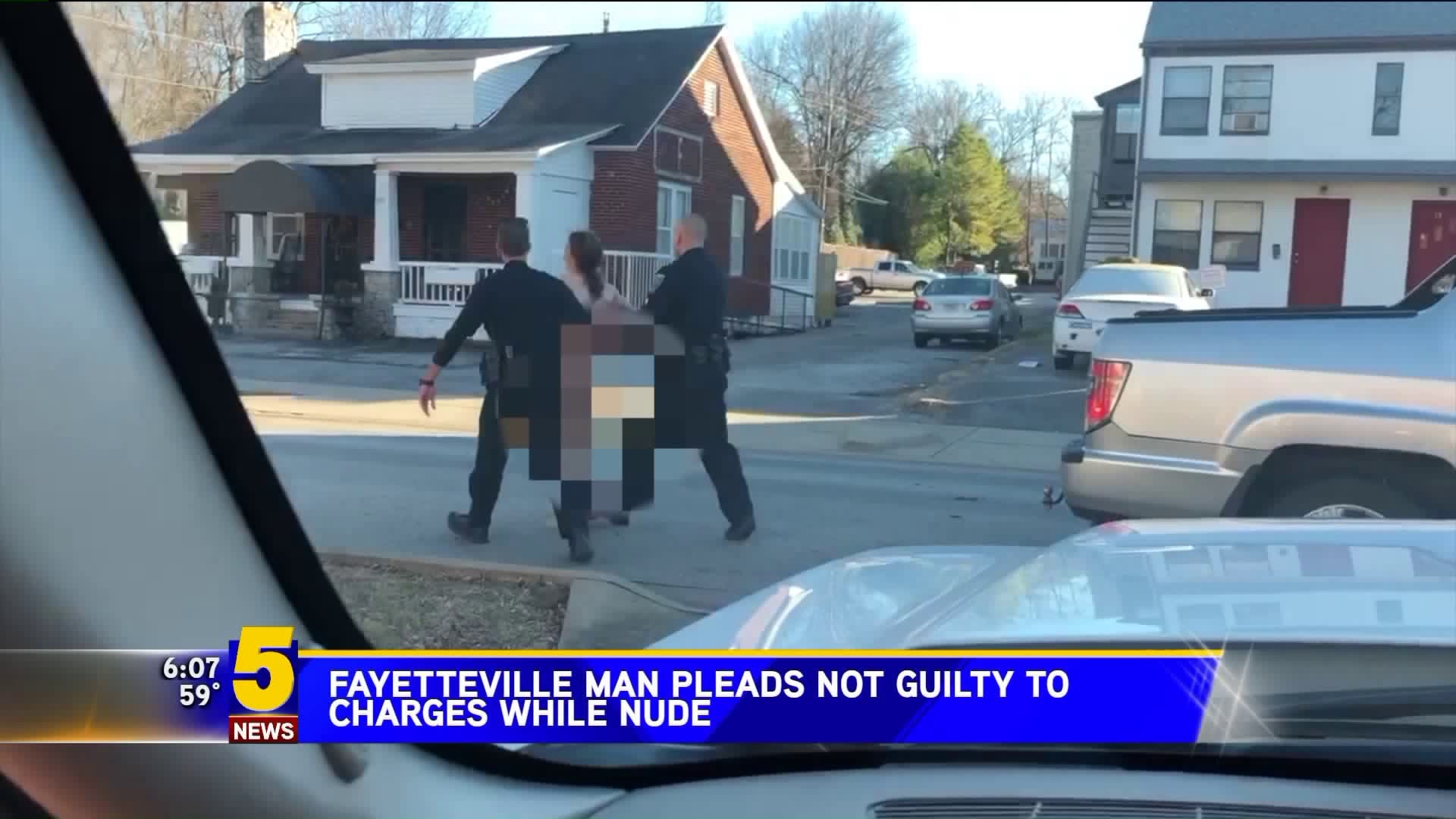 FAYETTEVILLE (KFSM) -- A Fayetteville man accused of terrorizing a handful of businesses on College Avenue -- all while nude -- has pleaded not guilty to criminal charges.

His next hearing is March 26.

Fayetteville police arrested Wood last month after Wood allegedly broke into 410 Vintage Mart, where he managed to get inside, destroy some items and terrorize the employees.

Wood ran off, ignoring police commands to stop. He tried to climb a chain link but got caught at the top before falling off into a parking lot of Maple Street Towing. Police managed to arrest Wood inside the back of a pickup, according to an arrest report.

Police said Wood kept speaking incoherently while he was in custody. He was also tased at the Washington County Detention Center for failing to obey orders from sheriff's deputies.

In Arkansas, breaking or entering is a Class D felony, which is punishable by up to six years in prison and a maximum fine of $10,000.