Carlin and Ashley Stewart’s home on Wyman Road in Fayetteville stands out from the rest in their neighborhood. It’s decorated with about 110,000 Christmas light... 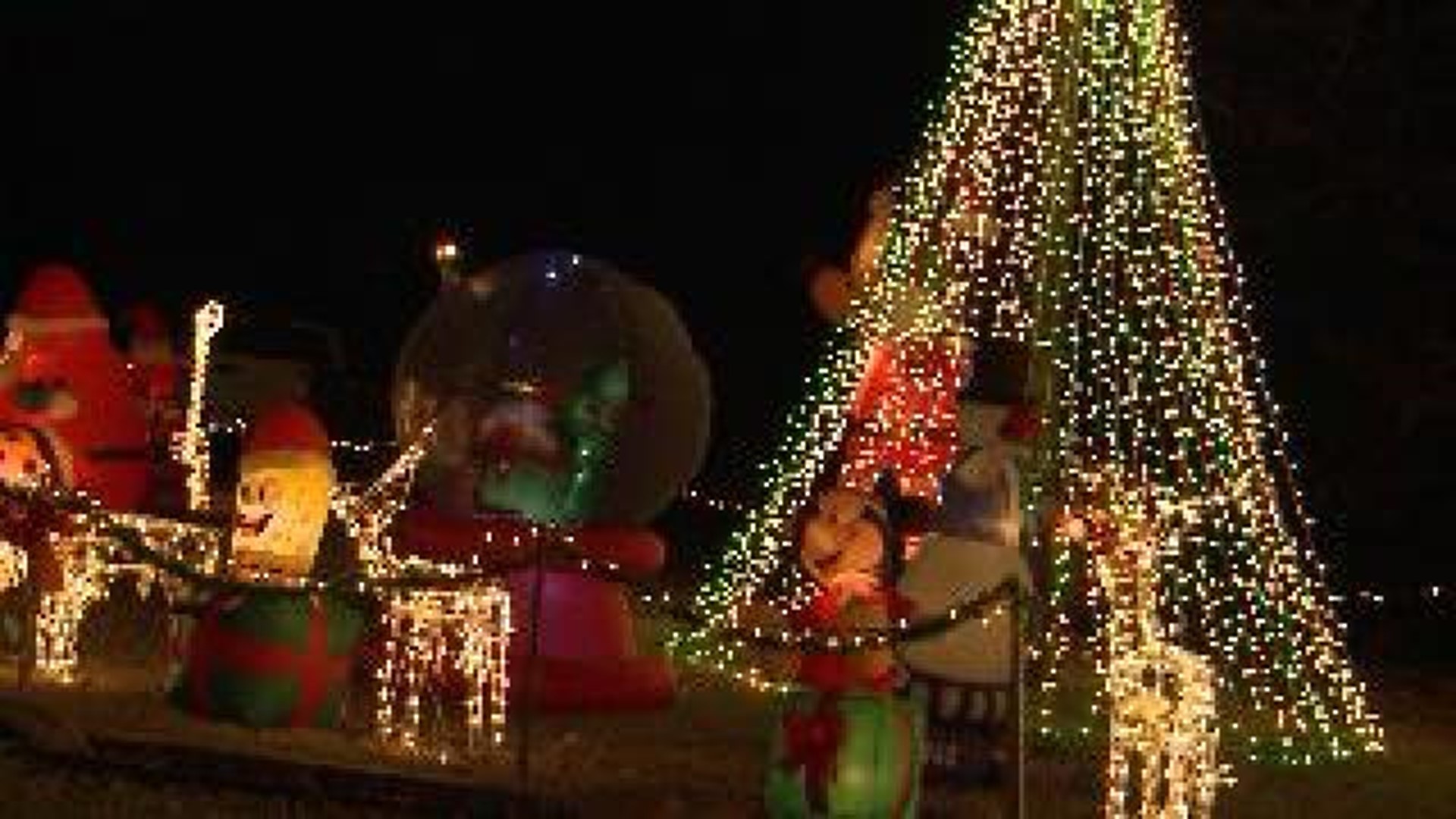 Carlin and Ashley Stewart’s home on Wyman Road in Fayetteville stands out from the rest in their neighborhood.

It’s decorated with about 110,000 Christmas lights and the kick-off included fireworks, popcorn and hot cocoa.

It's a Christmas tradition that began in 2003 with 3,000 lights. The Stewart’s lights extravaganza attracts dozens nightly.

"I just figured it would be something nice to do for the kids," Carlin Stewart said. "I figured they would enjoy it and it escalated into this."

Giant inflatables partner with the lights and some children said they wish they were the homeowner.

"If I were him I would be playing here every day," said Connor Brannan, 7.

His brother Jackson Brannan said he was amazed at the fireworks and twinkling lights.

"I like it because some of them are my favorite colors," said Jackson Brannan,6.

Justin Bradford said Carlin puts in months of his time to bring a smile to the local families.

"The time and effort he puts in on the weekends and his days off, it's an unbelievable amount of hours," said Justin Bradford, Stewart’s friend and co-worker.

It's a winter wonderland and stands out in this neighborhood.

"This is definitely a sight, we don't get anything close," said Brooke McDonald, neighbor.

When Carlin Stewart started it was only 3,000 lights and now it has multiplied nearly 37 times that amount.

"They just thank me, just ask me how long it takes and what the electricity bill is," Carlin Stewart said.

Stewart said he decorates with the help of his friends and family. He keeps the lights on from 5:30p.m. to 9p.m.

The family take the thousands of lights down at the start of 2013.