Fayetteville Man Is Contestant On ‘The Price Is Right’

FAYETTEVILLE, Ark.(KFSM) – A Fayetteville man was a contestant on Monday’s (May 6) episode of the ‘The Price Is Right’. “I never dreamed that we would act... 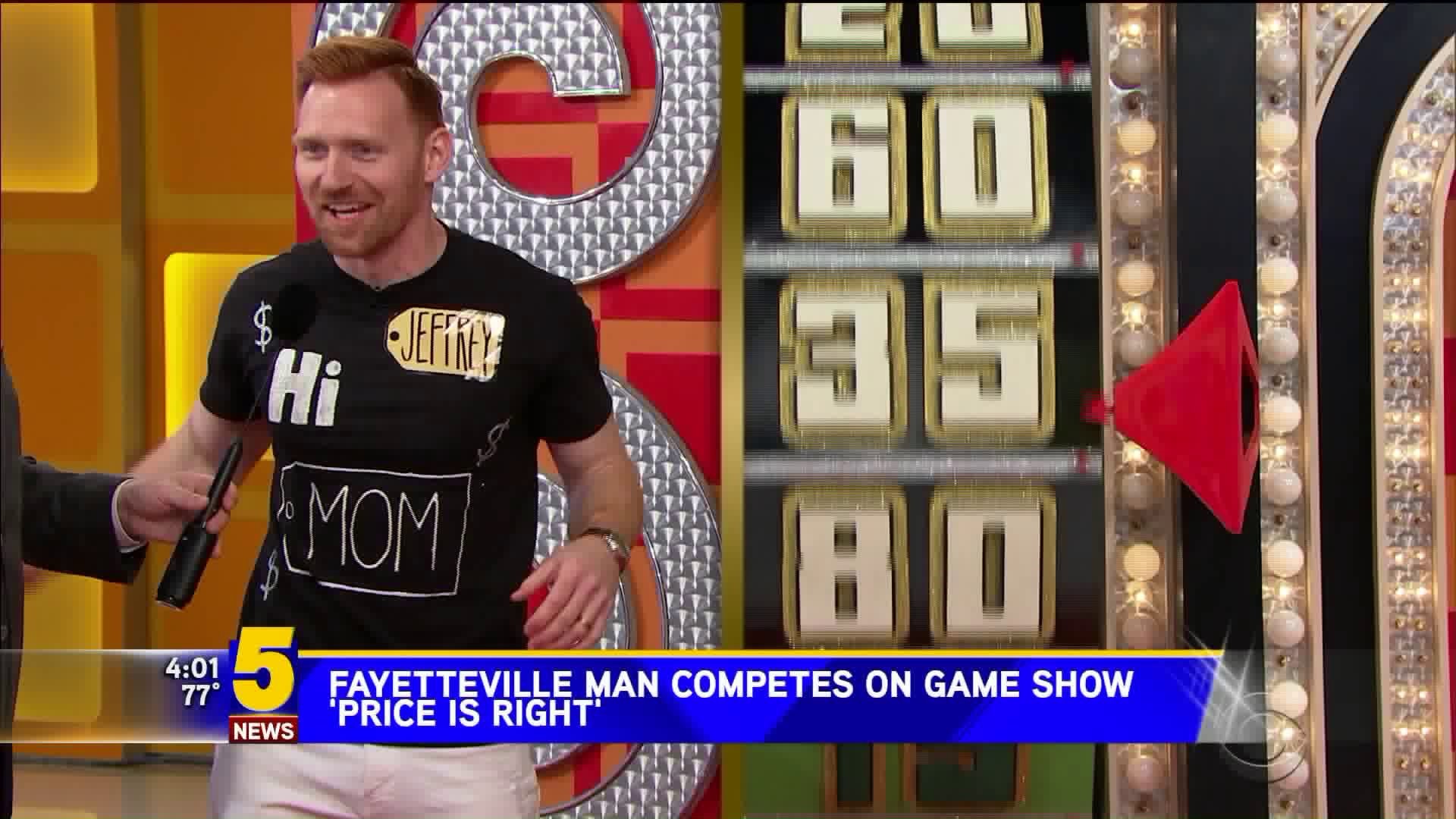 FAYETTEVILLE, Ark.(KFSM) – A Fayetteville man was a contestant on Monday's (May 6) episode of the ‘The Price Is Right’.

“I never dreamed that we would actually get picked, but we were just excited to get to be in the audience and see it but ended up getting picked and getting on the show, so it was pretty incredible,” Jeffrey Essary said.

He said the first four people got called down and after one person went their turn, they needed one more contestant.

“I heard my name called and didn`t believe it for a second and looked and saw the sign that it was my name and it was just a blur after that, just kind of went crazy celebrating and high-fiving everybody,” he said.

It was Jeffrey’s wife, Cecile Essary`s, idea to get tickets for the show because they were already going to be in Los Angeles. She said she grew up watching the show with her mom.

“I knew if someone was going to get picked, it was going to be Jeff. He`s just a handsome, smart young guy and so when he got picked I was not surprised, and I was just happy he got picked because he`s way better at split-second decisions than I am,” she said.

Essary said even though he wasn`t able to guess the price of the car, it was a great experience and they also had a watch party at his work.

“You are just so nervous and adrenaline pumping, you just get clues from the audience. I was looking back at Cecille and try to get advice on what to do and ended up being really really close to getting it,” he said.

Essary won an Xbox and some games that he plans on sending to his nephew.