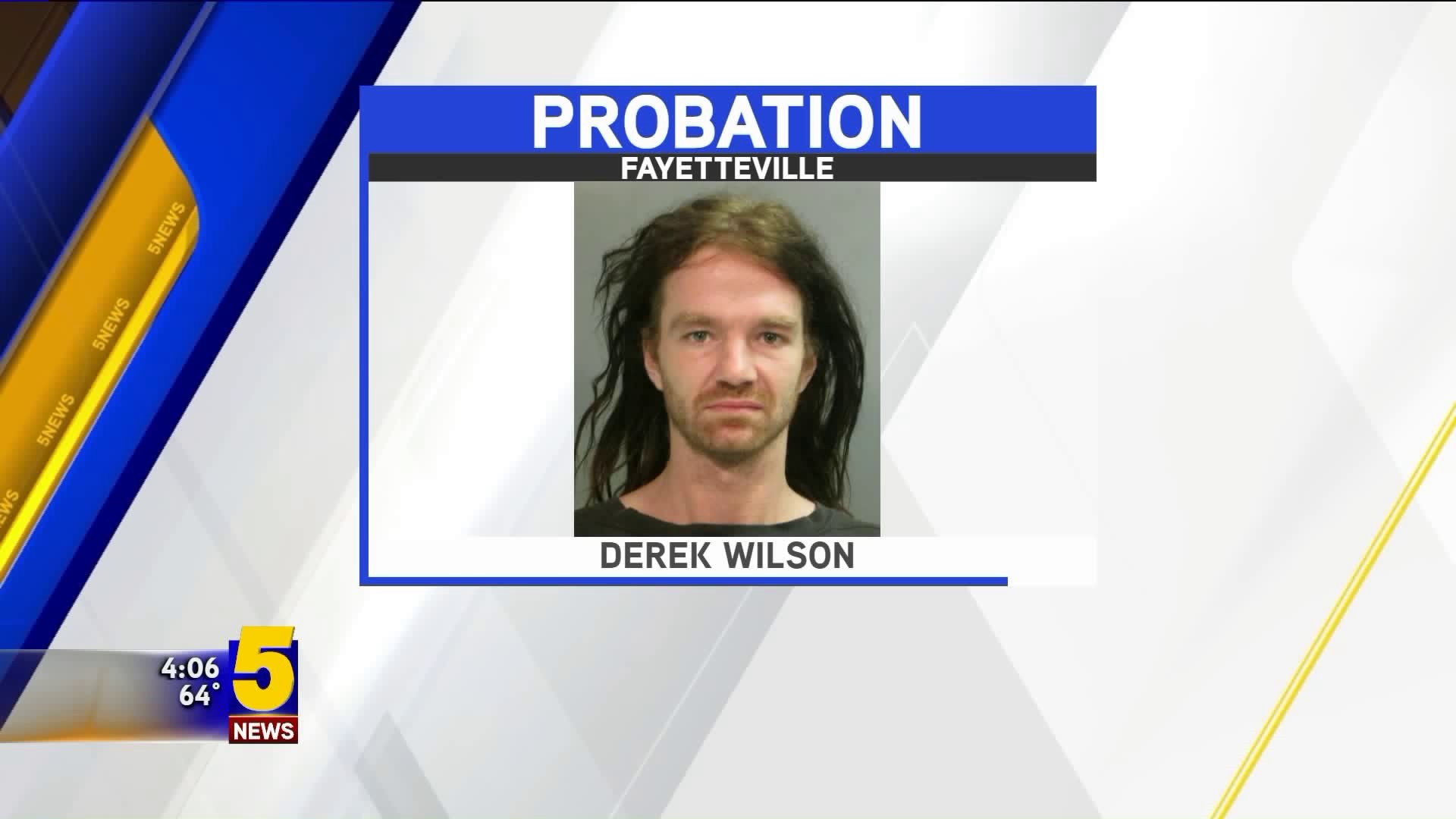 Wilson's guilty plea was entered under Arkansas Act 346, which allows non-violent, first-time offenders to have their record expunged if they complete their probation.

Wilson must remain on good behavior as part of his probation and abstain from alcohol or drugs.

Wilson told Fayetteville police he set the fires between April 2018 and July 2018. Officials said the fires caused nearly $2,400 in damages.

Police arrested Wilson after he was found at an unrelated townhouse fire on Betty Jo Drive. Officers said Wilson was standing nearby and matched the description of the suspect in the dumpster fires.

Wilson agreed to speak to police and was arrested after making “incriminating statements about the dumpster fires, including professing knowledge as to the suspect’s motivations,” according to an arrest report.

Later at the police department, Wilson admitted to setting the nine dumpster fires and burning a couch and recliner in an empty parking lot.