FAYETTEVILLE, Ark. (KFSM) — A Fayetteville man was sentenced Wednesday (April 11) to six years in prison for stabbing his girlfriend and then kidnapping his inf... 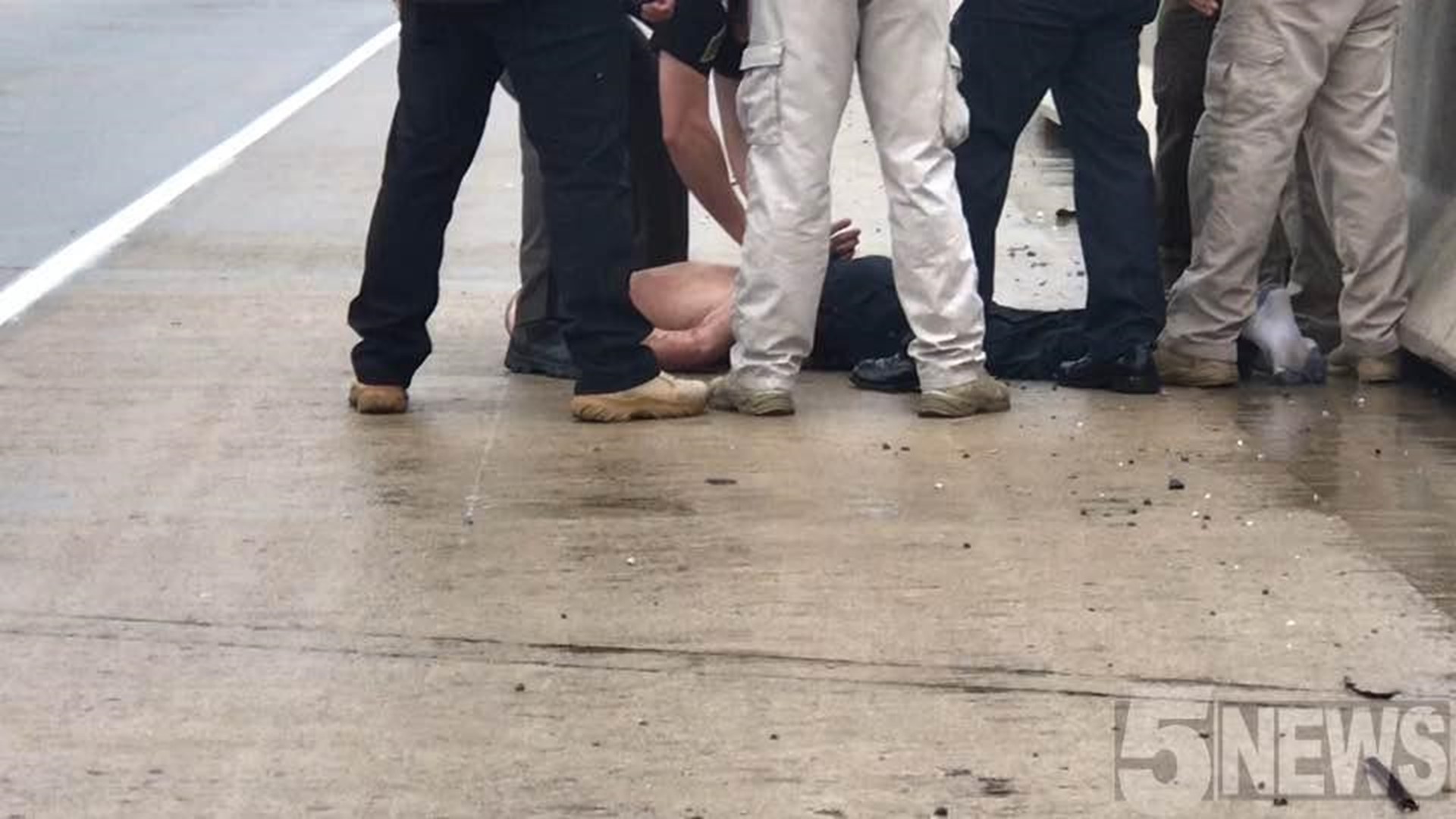 FAYETTEVILLE, Ark. (KFSM) — A Fayetteville man was sentenced Wednesday (April 11) to six years in prison for stabbing his girlfriend and then kidnapping his infant daughter, which prompted a two-day manhunt across Northwest Arkansas.

As part of his plea deal, prosecutors dropped additional charges of kidnapping and terroristic threatening.

Barrows must remain on good behavior and commit no new crimes as part of his suspended sentence.

Authorities arrested Barrows on Aug. 15, 2018, before he tried to leap from a bridge on Interstate 49 in a suicide attempt.

"It was pretty intense there for a moment," said Mountainburg Police Chief Vincent Clamser.

"Very dangerous for those deputies and troopers involved. But they did save his life."

Barrows had been on the run since kidnapping his 2-month-old daughter two days earlier near Winslow.

Barrows took the girl after beating and stabbing her mother, Jessica Kidd, who was also his girlfriend, according to the Washington County Sheriff's Office.

The girl was later found unharmed. Kidd was treated and released from a nearby hospital, then reunited with her daughter.

The following day, U.S. Marshal's and the sheriff's office arranged for Barrows to turn himself in near West Fork, but he fled moments before surrendering.

Barrows was arrested a few hours later when a driver spotted him near Chester and called the police.

Arkansas State Police found Barrows hanging from a bridge over Arkansas 282, and officers were able to pull him back onto the pavement.

"He felt like I was against him and blew up," Kidd said. "That's his disorder. He has I-E-D and hasn't been able to afford his medication."

"He's never gone this far and I couldn't talk him down," Kidd said.

Barrows' sister-in-law, Tashas Barrows, said he stopped by the house after attacking Kidd.

"I tried to convince him to turn himself in, and he explained that the story was being told wrong," Tasha Barrows said. "I don't see him ever wanting to harm his child."