FAYETTEVILLE (KFSM) — A Fayetteville man has denied posing as an electrician and stealing from a clothing store at the Northwest Arkansas Mall. Cody Wilso... 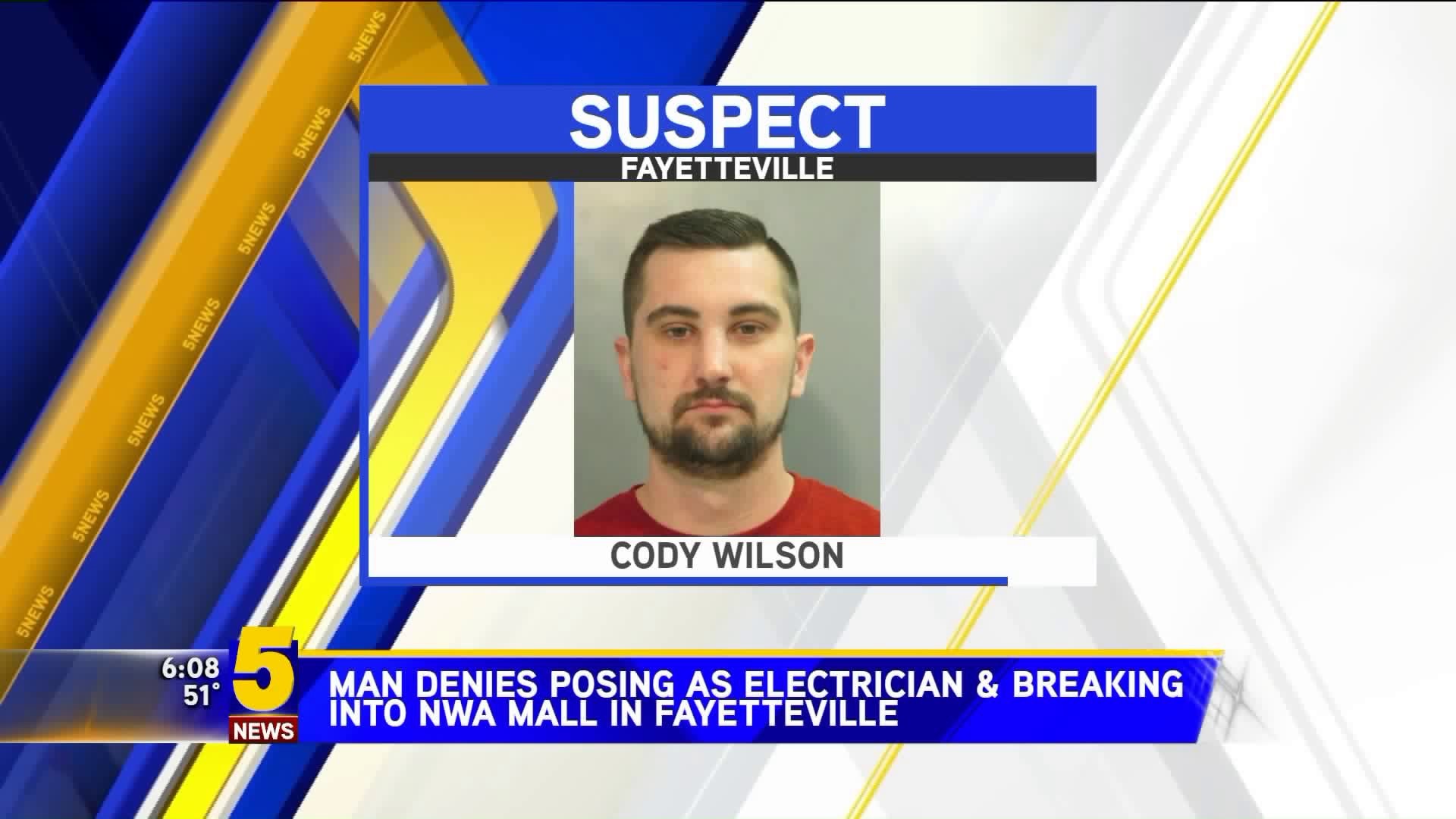 FAYETTEVILLE (KFSM) -- A Fayetteville man has denied posing as an electrician and stealing from a clothing store at the Northwest Arkansas Mall.

Fayetteville police arrested Wilson in March after they learned from Buckle employees that Wilson had contacted the store under the guise of being a detective asking about the recent break-in.

To gain access to the building, Wilson had told an employee that he was with Southwestern Electric Power Company (SWEPCO) and needed to do access to the store's control panels due to a power outage the night before, according to a probable cause affidavit.

Wilson, who was wearing an orange vest and carrying tools, climbed into the ceiling above the bathrooms and waited until the store associates left.

Then he took about $1,800 from the safe using a code written inside the store, according to the affidavit.

Wilson also said he later posed as a Fayetteville police detective to contact the store about the theft.

Wilson said he got the detectives name off the Internet, according to the affidavit.