FAYETTEVILLE (KFSM) — Fayetteville firefighters helped a local business clean up after a massive water leak on South Armstrong Avenue in south Fayetteville. The... 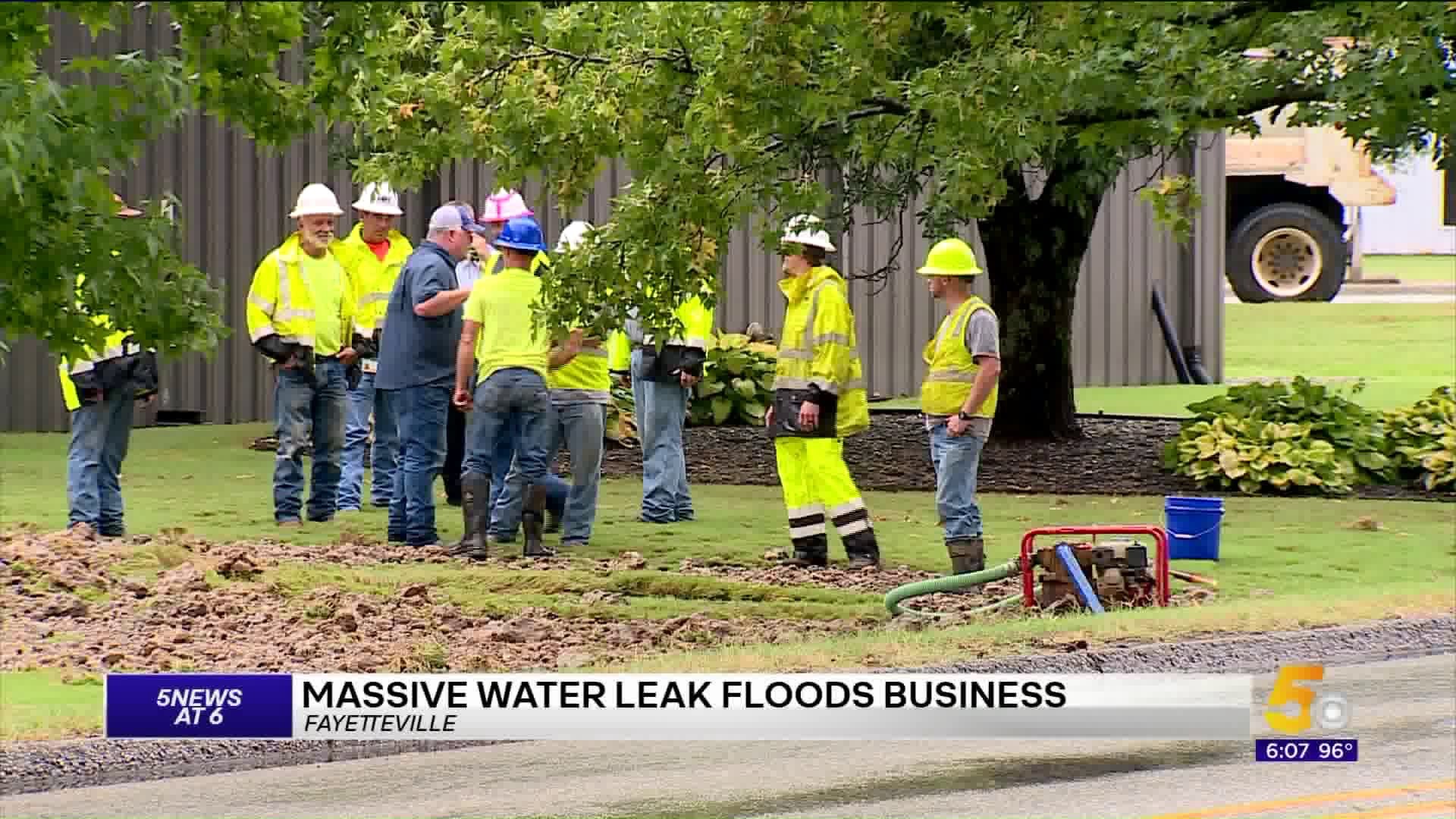 The leak started around 9 a.m. Thursday (Aug. 22) when a water pipe split outside of Packaging Specialties in south Fayetteville. The leak sprayed water over the roof, under the eaves and into the building. Water ran from the second floor down to the first floor, officials said.

Tim Nyander, utilities director for Fayetteville, said the pipe that broke was a 12-inch, cast-iron line. They're not sure what caused the break.

"It's a cast-iron pipe, which is an older pipe," Nyander said. "Water pipes...people don't know they move all the time under the ground." Nyander said it could be a pressure surge or just the pipe's age that caused the break.

“When I heard it hitting the building, I thought it was raining, that a storm had hit. I came outside, and everyone was in the parking lot and the water was coming over the rough from the other side to this side and it was loud,” Sherry Matthews said.

Sherry Matthews went outside her office building after looking outside to see that it wasn’t raining.

“It was really crazy because I came back inside to pick up everything out of the floor and before I got out my office was flooding already and splashing,” she said.

Firefighters said in a Twitter post that 2-3 inches of water was already in Packaging Specialties by the time they spotted it while on a call nearby. Fayetteville Water Utilities was quickly dispatched to the scene.

A photo from a 5NEWS viewer showed the parking lot of Packaging Specialties, 1611 Armstrong Avenue, completely flooded. Video from another viewer showed the high pressure water spewing out of the break like a fountain.

Packaging Specialites was the only business affected by the leak, the only one flooded and the only one that had its water turned off for the repair.

The city expects to have the leak repaired by the afternoon.