FAYETTEVILLE (KFSM) — Firefighters in Fayetteville likely saved the lives of two deer who go their antlers locked together. The video of the rescue was po... 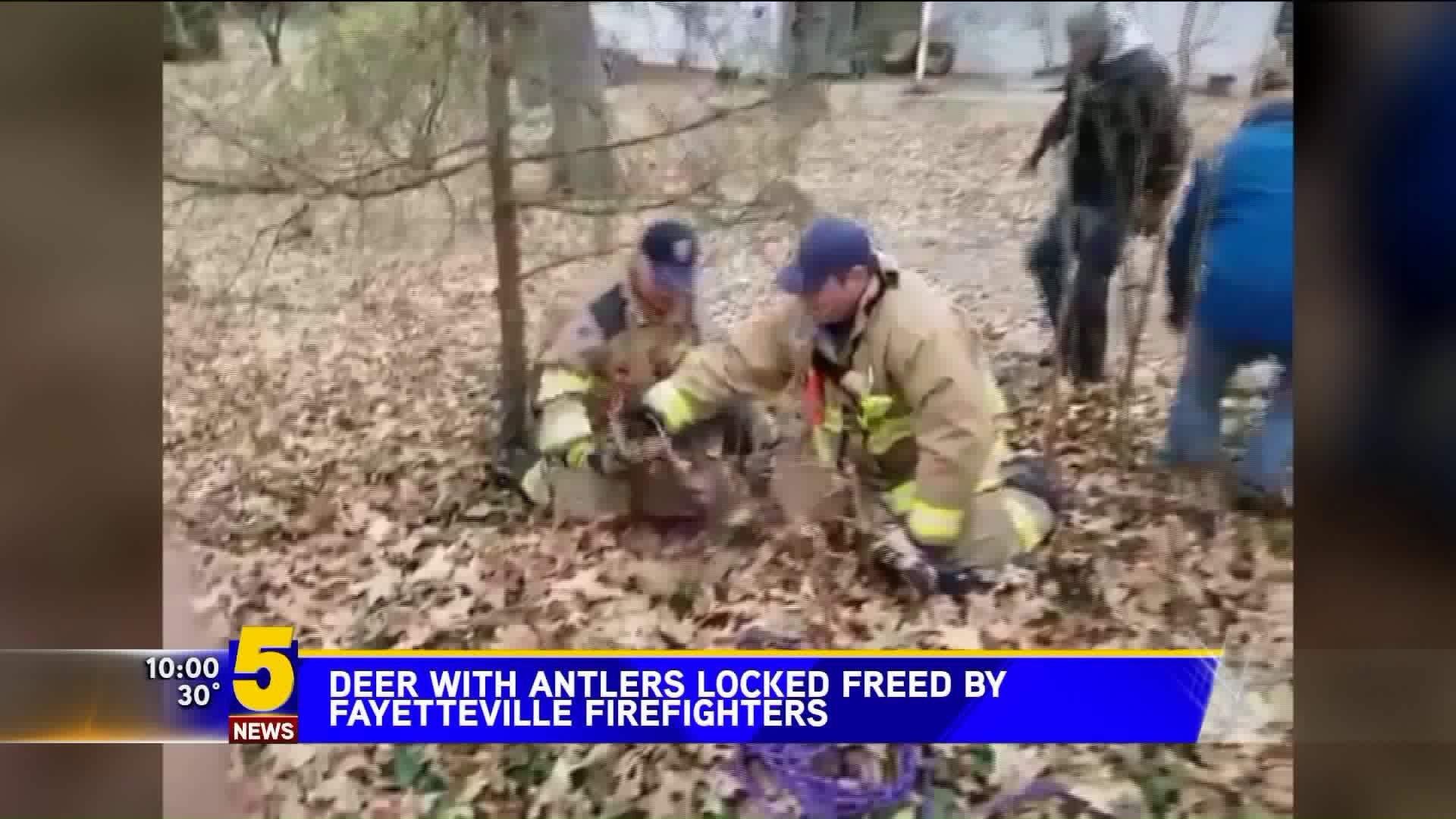 FAYETTEVILLE (KFSM) -- Firefighters in Fayetteville likely saved the lives of two deer who go their antlers locked together. The video of the rescue was posted online and is getting thousands of views.

Battalion Chief Willy Watts told 5NEWS the two bucks got their antlers locked up near a Fayetteville neighborhood while fighting. He doesn't think it's all that rare for this to happen in the wild but says it's extremely uncommon to see in the middle of town.

After getting a call from a resident who spotted to two deer stuck together, firefighters took action to untangle the two.

"The deer had been locked together for several hours and that was what the citizen was concerned about," Watts said. "They ended up having to remove one horn from the deer and they did so with a saw."

Watt told 5NEWS it's not uncommon for bucks to get their antlers locked together while fighting for breeding rights over a doe.  He said the deer will lose their horns in a few months anyway and it was not harmful to them at all.

With the help of a few concerned citizens, the firefighters were able to free the two bucks in a matter of minutes.

"They were able to save two of those animals who potentially could have expired fighting themselves like that," says Watts. "The deer were perfectly safe and they ran off into the wild."