FAYETTEVILLE — Residents at a Fayetteville apartment complex woke to a fire early Monday morning, with some being forced to jump to safety from the second floor... 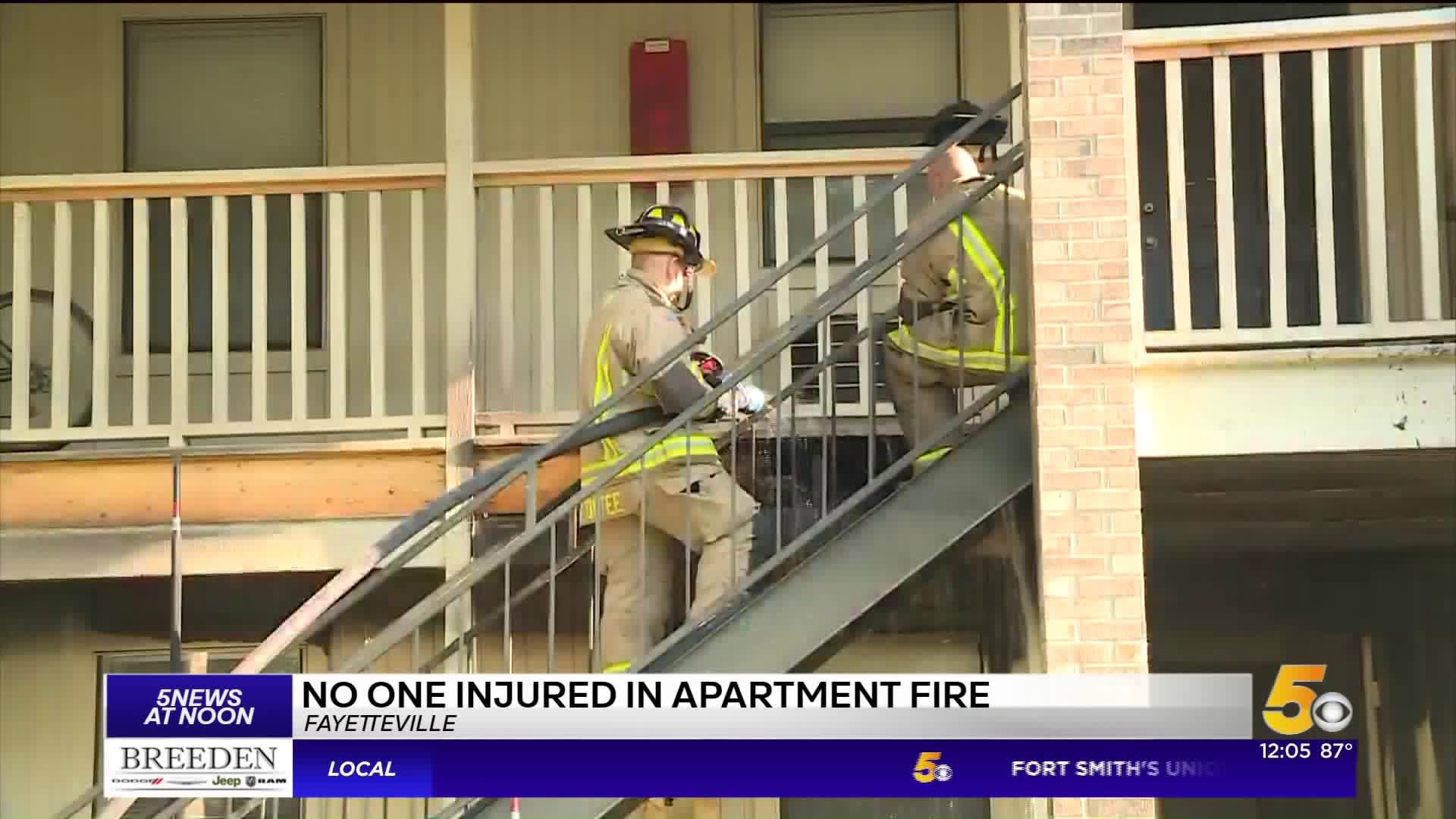 FAYETTEVILLE — Residents at a Fayetteville apartment complex woke to a fire early Monday morning, with some being forced to jump to safety from the second floor to escape the smoke.

Firefighters were dispatched to Appleby Apartments at 2934 N. Gregg Ave. at 8:05 a.m. Monday (Aug. 26) with flames showing from a first-floor apartment, said Dale Riggins, administrative assistant for the fire department.

Battalion Chief Kevin Murray said most of the flames were confined to one apartment, but smoke seeped into surrounding apartments in the two-story complex.

The staircase became blocked by smoke, so two residents jumped out of their second-story window to make it to safety, he said.

"We had some occupants that were trapped upstairs, and they were able to shelter in place," he said. "A couple of them jumped out of a second-story window and escaped."

Jason Moore, who lives in the complex, said he woke up to the smell of smoke and evacuated with his cat.

"I could definitely smell a lot of smoke," he said. "I was talking to my neighbors...their apartment was full of smoke, but I didn't have any smoke in my apartment. I could just smell it. There's probably a lot in there right now."

Murray said firefighters accounted for everyone and made sure they were safe. They battled quickly to get the fire out and kept it confined to one apartment.

"Thankfully, we had no injuries, and most of the damage was confined to the apartment of the fire's origin," he said.

He said the fire-damaged apartment is a total loss. Nearby apartments are being assessed for smoke damage. Once completed, they will be able to determine when people can return to their apartments.

Moore said he hasn't lived in the complex very long, but that he's grateful the outcome wasn't as bad as it could have been. He said he felt relief that the whole building didn't burn down.

The cause of the fire is under investigation.