FAYETTEVILLE (KFSM) — La La Land is taking the film industry by storm. It’s not only racking up money at the box office, $175 million since Dec. 25,... 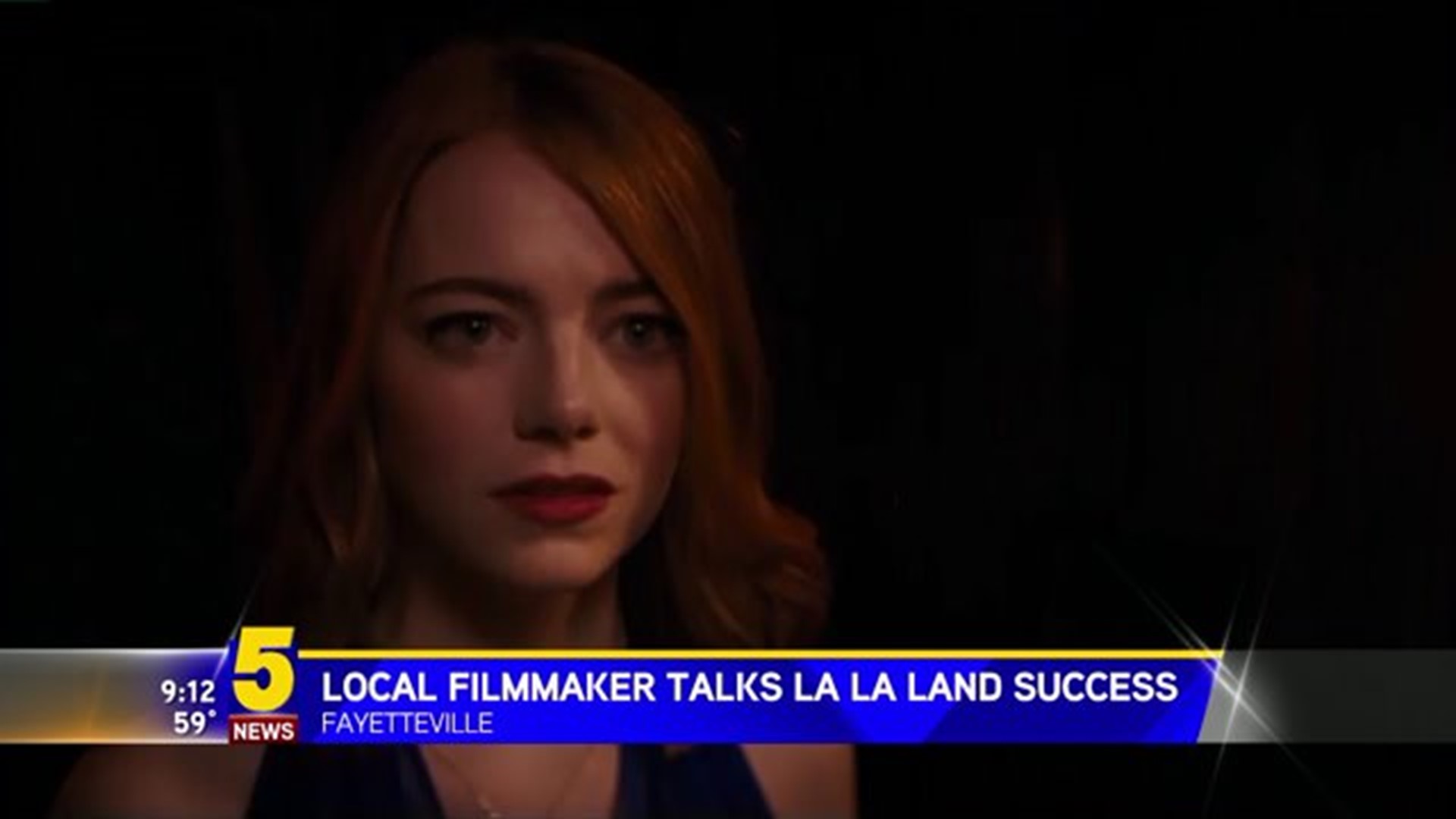 It's not only racking up money at the box office, $175 million since Dec. 25, but the film is doing well among critics.

On Tuesday (Jan. 24), the film earned 14 Oscar nominations, the most for any film since Titanic in 1997. The only other film to garner as many nods was All About Eve released in 1950.

La La Land is different from both of those in that it's an original musical.

"It's just the simplicity of two people struggling and their story," said Mark Landon Smith, executive director of Arts Live Theater and director of Actors Casting Agency in Fayetteville. "It's very character focused."

The movie took almost six years to make, with studio after studio turning down the project, not willing to take a risk on an original musical. Among the film's Oscar nominations for the 89th Academy Awards, include Best Original Screenplay, Best Picture and Best Actor and Actress.

"I think what accounts for its popularity is part of the hopefulness of it, and the escapism value of it, too," Smith said. "I think the fact that it is contemporary lets us relate to it a lot more easily."

Centering around a musician and an aspiring actress who meet and fall in love, La La Land has two big names in Emma Stone and Ryan Gosling. Their appearances have no doubt added to the movie's popularity, proving to naysayers it was worth the risk.

"When you get those two together, [and] you've got a great support cast too, that's what drives people to go see the movie who normally may not go see a musical per se, because of those actors that are involved in it," Smith said.

The Oscars air Feb. 26 on ABC. All footage courtesy of Lionsgate.