FAYETTEVILLE, Ark. (KFSM) — It’s the night all comic book and superhero movie fans have been waiting for, the highly anticipated premiere of Avengers Endg... 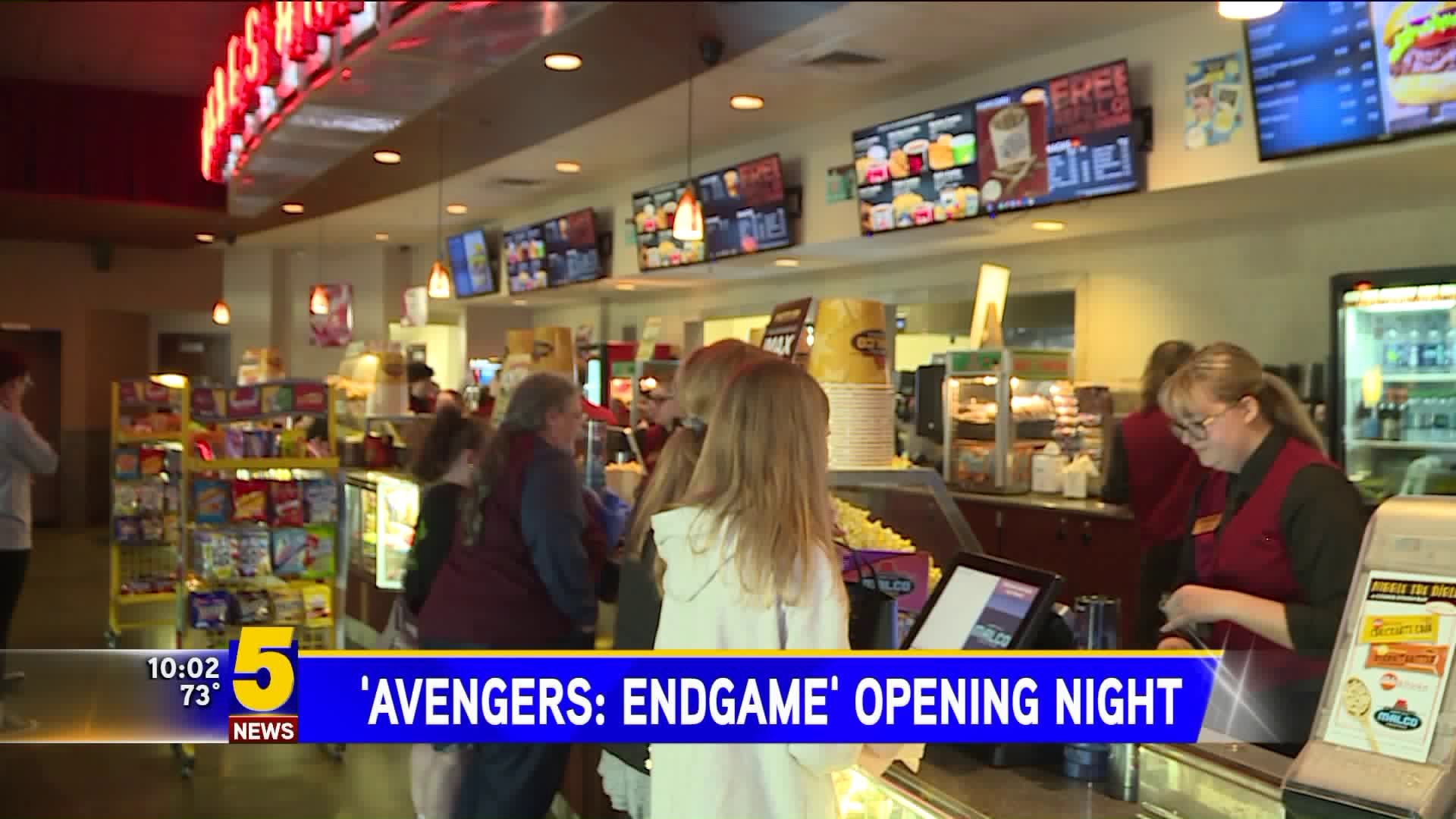 FAYETTEVILLE, Ark. (KFSM) — It's the night all comic book and superhero movie fans have been waiting for, the highly anticipated premiere of Avengers Endgame.

The Marvel movie promises to be the biggest movie of the year and on Thursday (April 25) fans at Malco Theater in Fayetteville got to see an early showing of the film thanks for a special fan event that started at 5 p.m.

(Spoiler alert) Avengers Endgame picks up where Infinity War left off, with our heroes dealing with the ramifications after Villain Thanos turned half the universe into dust with the snap of his finger.

It was a moment that shocked fans.

"Honestly when I saw that moment I was a little baffled cause I knew it was going to happen but whenever it did happen and you just started seeing everyone just disappear, it was almost seeing all our your favorite superheroes disappear one by one," said Avengers fan Logan Ferguson.

Fans flocked to the theater sporting their Marvel gear. When asked who her favorite superhero was, Betsy Kryeziu couldn't pick just one.

"I like Iron Man. I like his cockiness," Betsy said. "I really love Captain Marvel and everything she stands for. I’m an art teacher in Springdale so I love her girl power."

The first showing let out just after 8 p.m. and Betsy seemed happy with the ending.

"I thought it was incredible. I posted wow! #Endgame,” Betsy said.

“It was great. It was really great. There's a lot of tears and happy moments all through the movie. So it was great,” Kosovar said.

Love for the franchise was clear tonight in Fayetteville and some fans say they're planning to the see the movie again.

The epic conclusion to the storyline Marvel has been building up to for the past decade is finally here and our heroes will do whatever it takes to win.

Avengers Endgame is playing in about 4,600 theaters nationwide, with some people in the movie industry expecting it to gross more than $300 million in the U.S and Canada in the first four days.

Some AMC theaters are even planning to stay open for 72 hours straight to meet the demand for this movie.